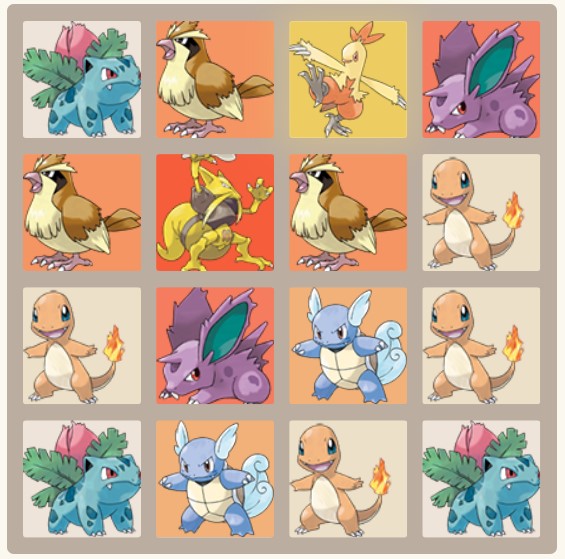 There is also a 2048 edition of the game called 2048 POKEMON. We have combined the popular POKEMON photos with the 2048 tiles in this edition. Whenever you create a new tile, a new image of a POKEMON appears as the tile’s background. Other versions of 2048 are also available on Zacinaction, such as 2048 hacked, 2048 Cupcakes, and 2048 Pokemon.

Pokemon Controls 2048 are exactly the same as those in 2048. If you play on a PC, you can move tiles using the arrow keys. If you are playing on a touch screen device, then you can simply swipe on your screen according to the tiles you want to join. The following are the ways in which you can control the tiles in 2048 Pokémon.

What Is The Aim Of This Game?

The goal of the game is to reach the number 2048 in the tile legend. For this, you need to begin at the beginning and keep adding similar tiles until you reach your winning number.

2048 POKEMON might not be very different from the original 2048 game in terms of gameplay and features. But, in the 2048 POKEMON edition, you get to see different POKEMON images when you create new tiles by adding two similar POKEMON tiles. While on the other hand, in the original 2048 version, only the color of the tile darkens as the number on the tile increases. Changing different images on the POKEMON edition keeps the player engaged in the game and increases their chance of winning the game.

In order to win the game, you have to reach the 2048 tile. The best way to win this game is to keep your highest-numbered tile in a corner, then the second-highest, and so on. If you follow this procedure, then you will definitely reach the highest numbered tile. However, it can get tricky to reach that number, especially if you are a beginner. But, there are few tips that can help you conquer this game in no time. One such trick is to try to merge multiple tiles at once, which gives you more space on the grid and reduces your chances of getting out.