Online games have taken the place of traditional games. Now many traditional games are no more due to the fast replacing internet games which give us a lot of easiness to play rather than to go in the ground and to bring some props, tiles, ropes to play. Everyone is now going towards online games as these are free of cost and easily accessible.

Playing online games give you a platform for fun activities at home and a chance of interaction to meet online gamers on the virtual space around the world. 2048 Cupcakes is the best solution to your boredom when you feeling lazy in the home, office or anywhere and it is thought to be the best way of pleasure in your free time. 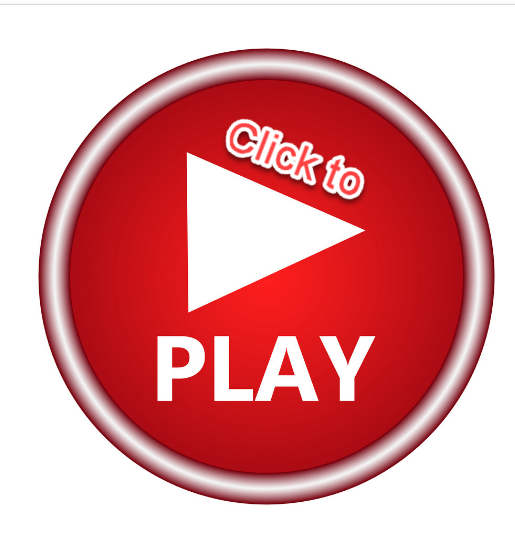 Play Free Online Game 2048 Cupcakes in your mobile, tab or laptop to get entertained all the time. It is obvious from its name that you will get cupcakes but in the visual form. You must know the features of the 2048 game due to which it stands out in the countless online games:

This game is derived from the original 2048 game that is without any numbers but delicious cupcakes on the blocks like Toasted Marshmallow, Confetti Vanilla, Bubblegum Pink, Chocolate Sundae, Cookies and Creme and much more. To collect these different yummy cupcakes, you just have to use the arrow keys on the keypad to move the cupcakes on the blocks. When blocks having the same cupcakes collide with each other, you get a bonus score and they come under the 2048 Cupcakes unblocked list.

Other than this, people use different tactics to go high in the cupcake 2048 every time like they always move the arrow keys in the direction where multiple similar blocks can hit with each other. Another cupcake 2048 hack to win the game is to not move the highest block in the corner for some time but playing with other blocks.

By following these cupcake 2048 cheats, you can easily win the game. This is one of the best online games you can play anytime that takes you in the place of entertainment and gives you a sense of satisfaction after the achievement of 2048 Cupcakes win title. If you have a love for online games, this version of 2048 would definitely please you!

The only thing that matters in making the online game attractive and colorful is the charming vintage style graphics. That’s why the 2048 cakes having creative graphics grab the attention of online users to play straight away. The graphical representation not only looks beautiful but also let game users to always keep the visuals in their minds.

Smooth animations are most effective than vintage graphics as they fill the life to the game elements. Therefore, cupcake 2048 has an attractive feature of smooth animations as well as charming graphics. That’s why it is full of life and feels like you are not on the other side of the screen and playing but you are moving the cupcakes with your hands as like in the real.

If you have no understanding of how this game is played then you must go through the 2048 Cupcakes scratch process: according to this, you can get scores by mark the blocks and you will get an experience of it. As time passes, you will get the highest scores on the board as you have collected many pairs of 2048 cakes after crossing different levels of the game.

Gabriele Cirulli, the creator of 2048 designed this in such a way that the bright pink color truly match with the deliciousness of the cupcakes. It is like you want to bake cupcakes without going into the kitchen and in this way; you don’t have to go through all the hassles of the baking.

Cupcakes 2048 would be beneficial for you by providing ready-made cupcakes. You just have to win them in the form of scores by playing and assembling these mouth-watering cupcakes. More you have the scores, more you will get the tempting cupcakes in your bucket. Now it is up to you how you play by making the 2048 Cupcakes easy as you can.

A person of any age can find this game to amuse him by getting a lot of comforts while relaxing in his room. This game is meant for a single person to avoid group fights while playing. And for those who enjoy more with themselves rather than in a group. Hence a rush of gamers is increasing on the online sites to play the cupcakes. 2048 cupcake game is introduced for the gamers of the world.

Also, inner peace can be achieved from 2048 Cupcakes as you get a lot of delicious cupcakes free of cost which satisfies your appetite. You are far away just one click to access this advanced game. Just add the 2048 Cupcakes extension to your web browser to worth your time and to have this deal of cupcakes. 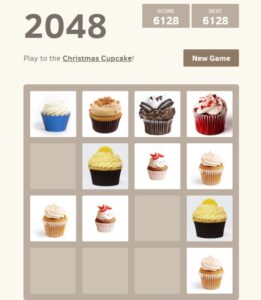 Whether it is day or night, you can have it on your screen any time but you must not have a strong internet connection, you might be able to get into it with very little speed of internet and your pc. The other variants are also available on the web sites for the gamers that can be seen as 2048 Cupcakes reverse model.

These models have numbers instead of cupcakes. However, in this game, your competitor would be the only you. You compete with yourself to get the highest scores than you earned before! It is the continuous growth of your gaming skills when you see in the record of game 2048 Cupcakes backward!

You can look to the demo video of this game to get a better understanding, so you can play with more excitement and can completely indulge yourself in it. By playing for some time, you would continue to turn the scores on the top. And eventually would become an expert to have a basket full of cupcakes. Once you get in, your fatigue of the hectic day would definitely fall!

2048 is Puzzle game with minimalist graphics, simple and addictive. Join the numbers and get to the 2048 tile! Smallest size app for 2048 ! When two tiles with the same number touch, they merge into one. Mobile: Swipe Up, Down, Left, Right to move the tiles on the phone or arrow keys on the Desktop. Enjoy!

What is the trick to winning 2048 Cupcakes?

People use variety of tactics to achieve high in the 2048 Cupcakes every time like they always move the arrow keys in the direction where multiple similar tiles can merge with each other. Another 2048 Cupcakes hack to win the game is to not move the highest block in the corner for some time but playing with other blocks. By following these key points in cupcake 2048 cheats, you can easily win the game.

Gabriele Cirulli is an Italian web designer and creator of 2048. He didn’t invent the puzzle. 2048 game is the product of a series of sliding blocks. The developers have blogged about it: It is a tiny single player puzzle that grows on.

It is still not decided whether brain-training apps work. But there are number of puzzle games that can make you smarter, even if these are not specifically designed and developed to work your brain. Here are some of our favorites. This addicting game has you slide numbered tiles on a grid to merge them until you get to 2048.

2048 game was designed and developed using JavaScript and CSS during a weekend, and released on March 9, 2014 by an Italian, as free and open-source software subject to the MIT license.

First you have to understand the basic moves, then try to use corner strategy to reach the 2048 tile. The key point of this addictive 2048 game is to use arrow keys to move the tiles. When two similar numbered tiles touch, they merge into one bigger numbered tile and you get points for that move.

2048 cupcakes is a mini-game for desktop, laptop, tablets and android device. It is a fun, addictive, and a very easy puzzle sliding mini–game for all groups of ages. In 2048 cupcakes, you will merge similar sweet cupcakes to make a different and more attractive cupcake. And receive better than previous of them every time. Fun and addictive aspect mobile version of 2048 Cupcakes mini-game!
HOW TO PLAY: Move each tile into four directions (Up, Down, Left, Right). When two similar tiles with the same cupcake match, they merge into one to add a fresh new cupcake.