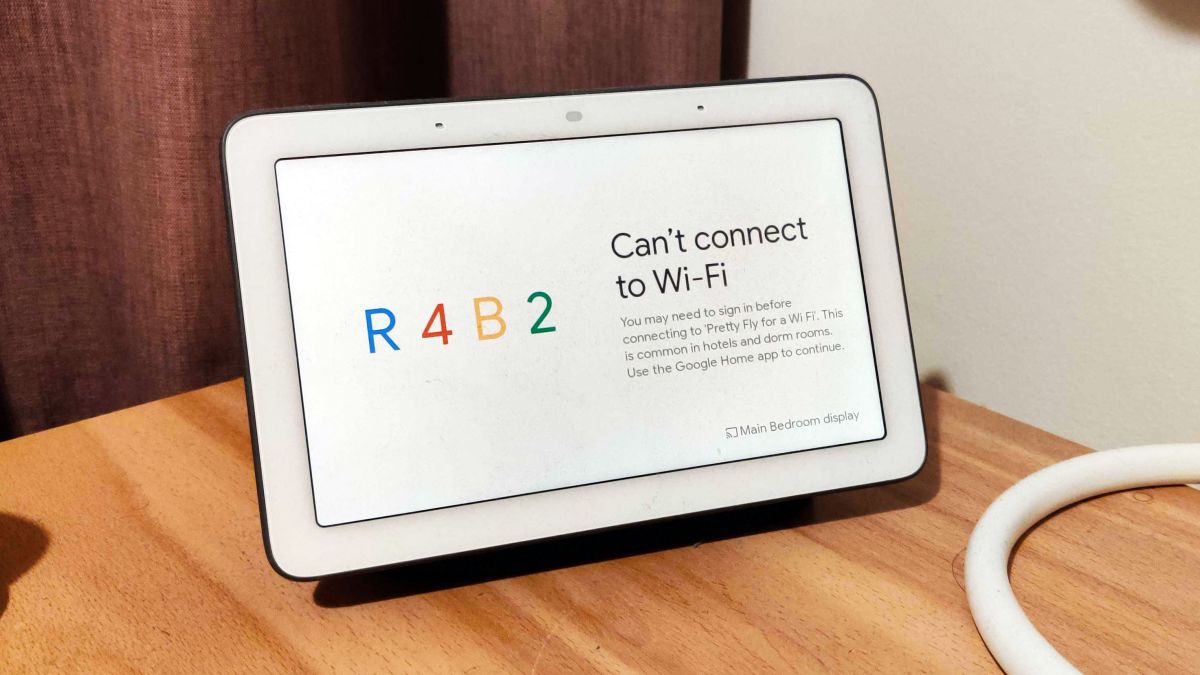 “Our door camera is offline… not sure why?”

That’s the message I received from my partner one afternoon. It was a Wednesday, I was at work, and so was she. Our smart home… was dead.

For all the positive reviews, in-your-face marketing, consumer hype, and billions of dollars driven into its R&D, the smart home has a major Achilles heel that’s completely out of your control. The internet.

Until your internet connection fails, you don’t realize just how crucial it is. If you think about it, it’s obvious, but the point of a smart home is you don’t have to think about it: it’s there, in the background, quietly taking care of things and letting you get on with your life.

All the useful little features – the various ‘life hacks’ companies are so desperate for you to lap up as they roll out yet another feature, update or brand new device – are all rendered useless.

I was the first home that day, but not until late in the evening. By then my internet provider’s call centers were long closed, and any hope of an instant resolution was lost.

From smart to simple

It’s only when the internet connection to my house failed, I realized just how many devices relied on it.

My smart speakers around the house would bark at me that they were struggling to connect to a network if I dared utter “okay Google”, and the Google Home Hub smart display in the bedroom displayed a message saying it couldn’t connect – no nice wallpaper pictures, no date or time, even though it had power. Just the error message.

With no voice assistants on the smart speakers or display, I wasn’t able to ask for the Philips Hue lights to be switched on, the temperature to be increased via the Nest Thermostat E, or my robot vacuum to give the floor a quick sweep.

It wasn’t just voice commands. With no Wi-Fi at home, the apps on my smartphone were also redundant. I wasn’t without lights, heating or a functioning vacuum, of course. All were manually available – a flick of a switch, the turn of a dial and the press of a button allowed for basic functionality – but any advanced features were unavailable.

Without the internet, functionality of my smart TV and games console was also reduced. Access to TV apps such as Netflix and Prime Video were out of the question, as was online gaming.

And then there was the device which originally alerted us to the issue – the Nest Hello doorbell. We received an email that it had gone offline, which led to an investigation on my smartphone and the realization that our home had lost its internet connection, rather than the Hello developing a fault.

While the loss of the doorbell feature allowing us to make sure our Amazon package was delivered safely to a neighbor was slightly frustrating, it was the loss of the security monitoring that was of a greater concern.

The Hello is able to record a few seconds of footage any time movement or sound is detected, and alerts you via a smartphone notification. Without an internet connection though, the camera is unable to record any footage, as it’s stored directly in the cloud, rather than locally on the device.

Thankfully, we didn’t have any issues during the downtime, but it does make you re-evaluate just how much trust you can have in these products, as many smart home security cameras operate in a similar way.

The smarts return, with a possible solution

In all, our internet was out for just over 20 hours: in the grand scheme of things not a huge problem, in isolation.

However, it wasn’t just our property. Our internet provider had issues with its broadband across the region, which meant we won’t have been the only smart home to go offline.

For just less than a day, it was nothing more than a mild inconvenience, but in a situation where your internet connection possibly breaks for multiple days, and as smart devices become more ingrained into the working of our homes, the issues here are real. They need addressing if the technology can be trusted to effectively control key areas of our life.

If you can’t rely on your smart home, integrating more complex devices and tasks into it will be a difficult sell. Perhaps the introduction of 5G could provide assistance, with the traditional cabled internet line into your home working in tandem with a 5G connection. If one goes down, the other seamlessly takes over.

In the UK, mobile carrier EE announced a router which offered this back in May 2018 (although it was 4G and not 5G), but mobile networks are still not widely available enough, nor support this level or usage for this product to be viable for the mass population.

As the 5G network roll out continues, bringing next-gen coverage and speeds to more areas, this dual-connection router becomes a far more viable option, and it may just solve the problem for our smart homes.