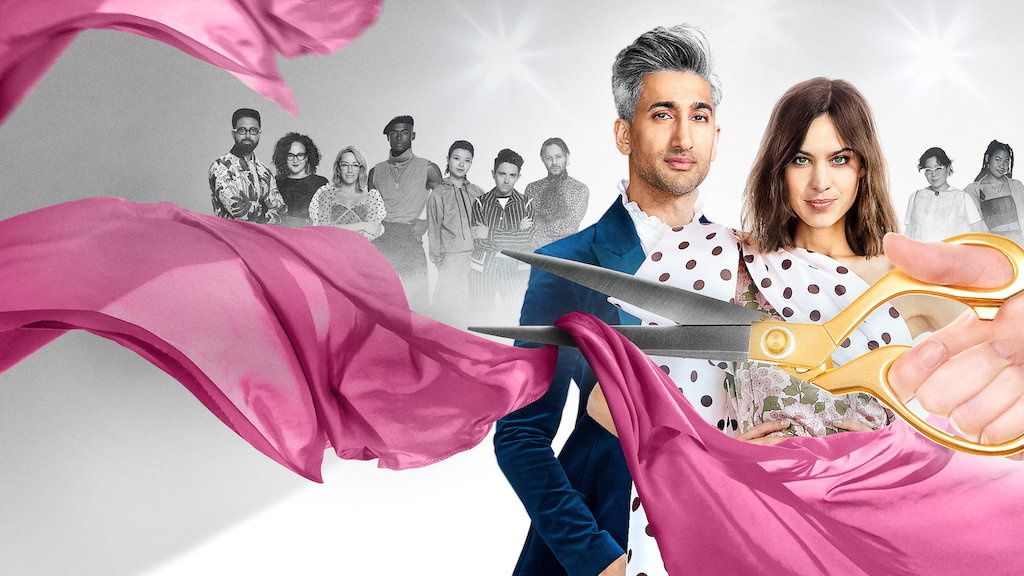 As well as being an excellent form of escapism, we can all agree that reality TV series are an incredibly easy watch and ridiculously entertaining too.

And if you’re one of the many who is preparing for a long period staying at home over the next few days, weeks or even months and you’re trying to find your next binge-worthy reality TV show, then you’ve come to the right place.

We’ve listed our top ten best reality TV show box sets from a range of TV streaming services and that includes the likes of Netflix, Amazon Prime, Hulu and Hayu.

So sit back, relax and read on to find your latest obsession. Or if any of these don’t do it for you why not check out our guides for best Netflix US shows and best Netflix UK shows? We’ve even got a best Hulu shows guide just for you.

You’ve probably found many of your friends discussing it, jokes popping up on your social media feed and the question: “Is love truly blind?” Deemed a social experiment, this reality TV show puts men and women in a controlled environment or ‘pods’ as they call it, to see if the couples can fall in love without ever meeting the other first.

With the couples having to decide whether they want to get married before the end of the season, this show has got everything we need from a reality series: plenty of drama, jokes, cringe-worthy moments and a few happy endings.

It’s all the glitz, glam and eleganza extravaganza you could possibly imagine! RuPaul’s Drag Race is a wonderful exploration of art, sexuality and drag in the form of reality TV. And true to its reality TV nature, the series certainly has plenty of shade throwing and dramatic occurrences.

You can also expect to see several of the Queens candidly discussing their different experiences growing up part of the LGBTQ+ community, all the hardships and discrimination that they encountered – making this series entertaining but also incredible moving and emotional. So sit back, relax, and get ready for plenty of lip-syncing, death drops and celebrity guest judges.

With all 11 seasons available, and the 12th season currently airing new episodes each week we guarantee that you won’t run out of entertainment.

US: You can stream all episodes via VH1’s online platform, but you’ll need to enter your cable provider details to do so. Otherwise Amazon Prime Video has got 5 seasons and Hulu has got six
Canada: For Canadian fans Crave has got all 12 seasons up to date
UK: All episodes available on Netflix
Australia: The same way that we stan RuPaul’s Drag Race, fans down under will have to use Stan to stream the show

If you’re looking for an extremely heart warming, wholesome and inspiring sector of reality TV then this is the show for you. These five incredible men are here to help you be the best possible version of yourself, and yes that includes a full make over in all departments!

Each one of them is in charge of helping you in a specific department, so Tan is wardrobe, Anthony is cooking, Jonathan is grooming, Karamo is culture and Bobby is for interior design (don’t worry, you’ll memorise their names soon enough).

And if you find yourself craving even more, remember the actors also have a Queer Eye: We’re in Japan series.

US: Head on over to Netflix to watch the Fab Five’s adventures
Canada: See these incredible individuals transform people’s lives on Netflix
UK: Netflix is the way to go for UK-based fans
Australia: No difference for fans down under, you’ll have to tune into  Netflix to catch this hit reality TV series

Trust us, after watching Cheer, competitive cheerleading is all you’ll be able to talk about. And it may sound cheesy and not necessarily your usual thing, but we promise you that this series is highly addictive on top of being really well produced and executed.

The reality TV mini-docuseries manages to demonstrate the urgency and drama of competitive cheerleading in an unique and candid manner – showing just how much these college students are willing to risk for Daytona, the National Cheerleading Competition. The only negative aspect of this series is that there’s only one season…

Proving that reality TV never has to end, Survivor is one of the longest running reality TV series with a total of 40 seasons. The show follows contestants in isolation having to provide food, shelter and water for themselves. Plus, the latest season of Survivor: Winners at War, has upped the ante, as it unites 20 past winners to compete for the $2 million prize.

And there’s never a time like the present to start a new obsession, and we have a hunch that with all the challenges you’ll see the contestants undergo, this will be yours.

US: You’ll have to sign up to Hulu + Live TV or Amazon Prime Video + CBS to watch all seasons of this series
Canada: For Canadian fans, your destination is GlobalTV
UK: Unfortunately it’s not in the UK yet, but you could always grab a VPN and then head on over to one of the streaming platforms that has it
Australia: Head on over to 9now to catch a slice of the action

Starring Queer Eye’s very own Tan France, alongside the one and only Alexa Chung, this TV series challenges 18 acclaimed designers to prove that they have what it takes to be the ‘Next In Fashion’. Each week brings along a new challenge theme – from Street wear to active wear and red carpet to prints and patterns, this series has it all.

With some of the contestants having dressed the likes of Beyoncé to Barack Obama, and all competing for a $250,000 prize and the opportunity to display their collection in Net-a-Porter, the stakes are high and the competition is tough.

Back onto the dating category, The Bachelor is one of the most popular dating reality TV series in history, proven by the fact that it’s been running for 24 seasons. But if you’re worried its longevity means that it might be getting stagnant, we can assure you that’s not the case – in fact, the latest season was deemed to have the “most dramatic Bachelor finale ever”.

No matter what season you select, we promise you that you’ll get a fair share of melodramatic scenes, arguments and at least one love story.

US: If you want the most recent season, Hulu is your destination. Amazon Prime Video also has a few seasons, similarly to ABC.com
Canada: For Canadian fans, you’ll have to tune into CityTV.
UK: Unfortunately, for UK fans if you want to catch the latest drama, you’re going to have to sign up to a VPN and then select one of the streaming platforms mentioned above.
Australia: And for fans Down Under, your fate is similar to UK-based fans – you’re going to have to subscribe to a VPN service.

Is cooking more your thing? Why not combine that with a reality TV show fronted by the constantly angry but immensely popular Gordon Ramsey.

Throughout the cooking competition, the contestants are divided into two teams where they daily undergo challenges and a dinner service. The team that wins gets a perk – sometimes it’s as simple as getting out of Kitchen cleaning duty, sometimes it could be a trip to the spa.

It’s one of the longest running continuing series in this guide – with 18 seasons so far and seasons 19 and 20 set to broadcast in the summer of 2020 – it follows Survivor’s footsteps in sheer longevity.

Keeping Up With the Kardashians

People have wildly different opinions on the Kardashians. But one thing we can surely agree on – whether you love them or hate them – is that they make very entertaining TV. Expect messy arguments, secrets being exposed, extravagant parties and a whole lot of family vacations.

The reality show now has a whole 17 seasons under its belt, which makes it pretty perfect if you need something to binge watch. Not to mention, the most current season of Keeping Up With The Kardashians is coming out on Thursday, March 26!

US: All you’ve got to do is sign up to Hulu, Okur?
Canada: You’ll need to subscribe to Hayu to watch these famous sisters
UK: For fans based in the UK, you’ll have to head on over to Hayu also. Don’t want to sign up to Hayu? You can also watch it on Sky if you have it.
Australia: Hayu is your destination to catch their latest family drama

Probably one of the most creative reality TV series, Skin Wars follows 10 contestants, as they undergo plenty of elaborate body painting challenges, with the goal of winning $100,000. Hosted by Rebecca Romijn, the judges of the show are RuPaul, Robin Slonina and Craig Tracy.

The series is trying to find the most versatile and talented body painters. And from what we’ve seen them achieve (particularly with the camouflage challenge), it’s easy to conclude that they are all pretty damn talented.

With three seasons to work your way through, we guarantee you’ll be entertained.