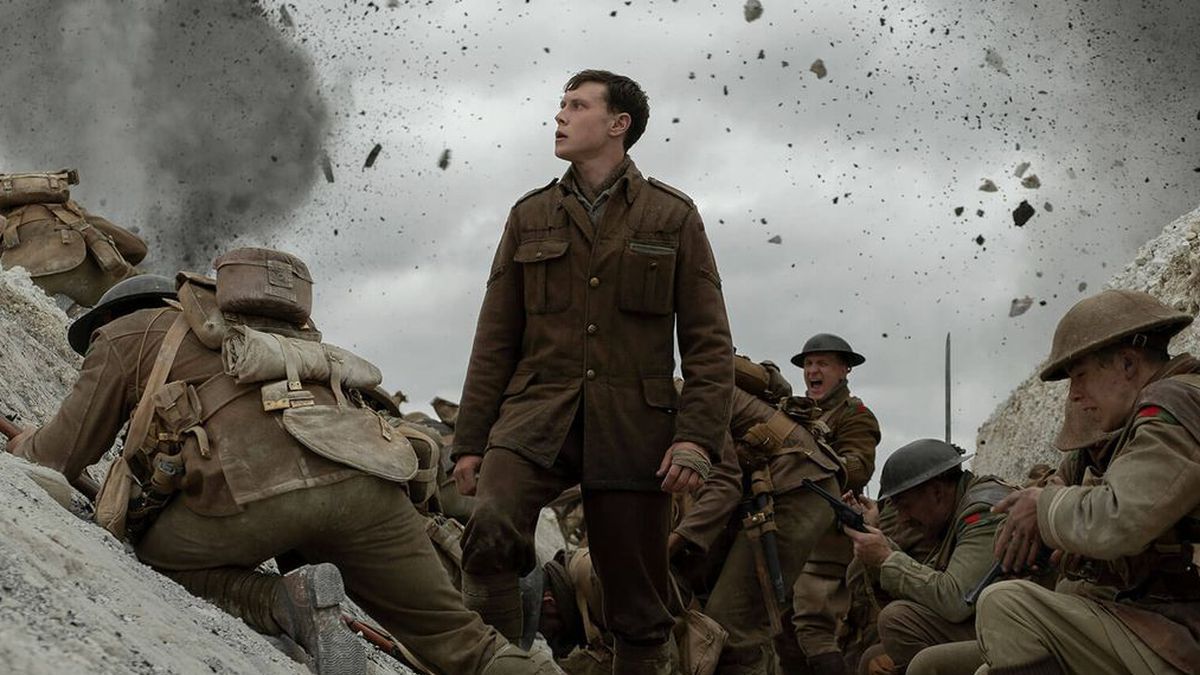 I’ve never had such a visceral, physical reaction to a film as I did when I saw 1917 at the Dolby screening rooms in Soho, central London.

Directed by Sam Mendes, the First World War epic follows two British soldiers who are tasked with crossing no man’s land to deliver an important message to another regiment, warning them that their impending attack on the German army is doomed to failure.

The lights went up, and as I walked the 15 minutes from the screening rooms to the train station, bristling against the wind, I noticed that my hands were shaking a little.

I felt as if I had just walked out of a war zone and found myself on the bustling streets of Chinatown in London. It was… jarring.

I realized that I had been so invested, so utterly engrossed in the film I was watching that some part of me had started to feel like I was actually there, on the Western Front of northern France, dodging bullets, cowering from explosions, and recoiling from the decomposing bodies of countless fallen soldiers.

Aside from the innovative one shot-style cinematography used in 1917, a key contributor to this unusual immersion is down to the sound design – and in particular, the use of Dolby Atmos.

Dolby Atmos is an object-based audio format that allows you to hear sound in a 360-degree bubble, as if the sound you hear from a film is coming at you from all angles.

This gives the sound a more three-dimensional effect – imagine the difference between hearing a helicopter flying a few hundred yards away versus hovering directly over your head.

The audio mixing happens in sound studios where audio engineers take sound effects in movies and digitally move them around three-dimensional space. When you play the movie back using Dolby Atmos speakers, you’ll be able to hear the effects move around you, just like the audio engineers intended.

In 1917’s case, that means that a stray bullet sounded as though it was actually whizzing past my ear, and a shot-down fighter plane seemed to whine and sputter directly overhead before it crashed to the ground, spewing black smoke right in front of my eyes.

The result was that every gunshot made me jump out of my skin, and in my own small way, I was able to experience the sheer panic of characters on screen. At times, it was genuinely frightening.

It felt like real danger, and that’s a testament not only to the prowess of the post-production team (who won the Oscars for Sound Mixing, Visual Effects, and Cinematography), but also the power of Dolby Atmos used to its full potential.

If you can, I urge you to see 1917 at a Dolby Atmos-equipped theater – you won’t be disappointed.