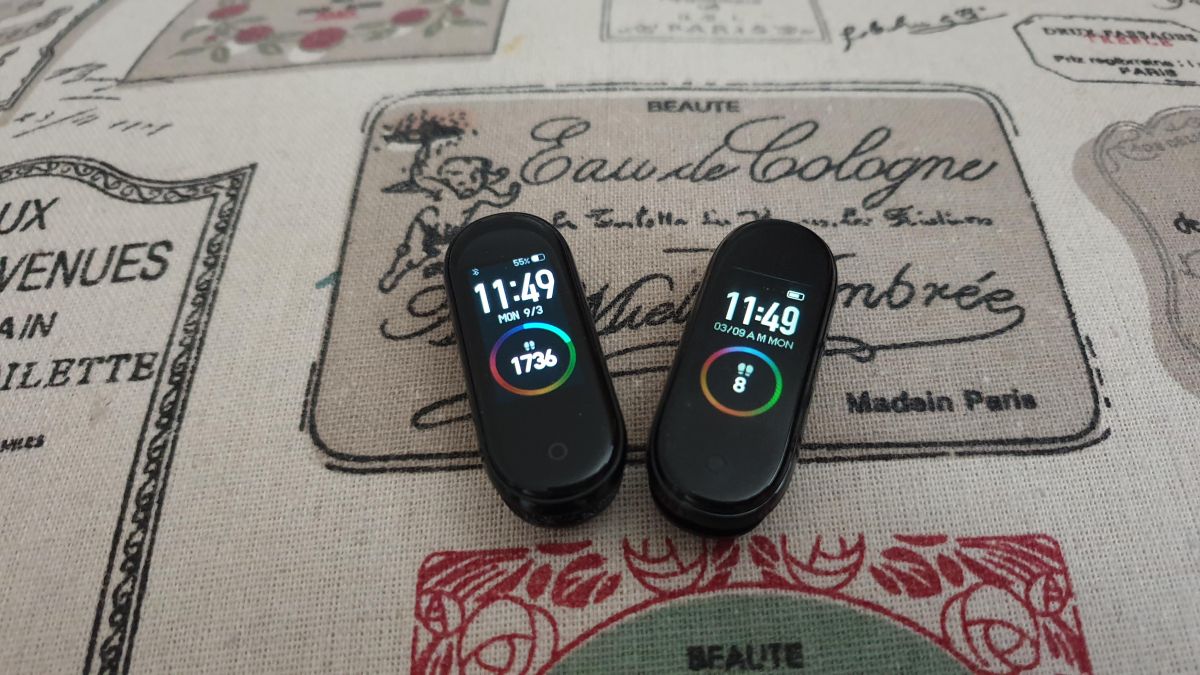 We bought the cheapest smartwatch we could find from Aliexpress – the the M4 (which looks a lot like the Xiaomi Mi Band 4).

At the time of ordering, the device cost us a little less than $3, but unfortunately it now costs a staggering 36% more at $4.09 (roughly £3.00/AU$5.90). That includes free shipping to the UK and likely to most other countries as well.

The watch has a 0.96-inch colour screen (unlikely to be OLED) covered by plastic and it’s about the size of Xiaomi’s popular smartband.

It supports Bluetooth 4.0, has a 90mAh battery that last for up to 10 days and at only 50g is as portable as it gets. Add in IP67 waterproofing and it looks like a pretty good deal.

In the box, you get the wristband, a plastic wrist strap, the charging dock, and a tiny set of instructions. Fortunately, you’re unlikely to need these since the setup is straightforward (just remember to remove the plastic film at the back that covers the pulse sensor).

The watch is compatible with the Fitpro app, which can be found on Google Play and the Apple App Store. More than a million installs have been recorded to date, with the latest update published on January 17 2020.

We were a little disappointed when we discovered the touch screen functionality is limited to the lower part of the screen. Tapping just cycles through a list of non-clickable options.

It’s not all bad though, because the app seems to actually work, allowing you to easily link the M4 smartwatch to your phone. Just bear in mind you’ll need to install the app first – don’t try to connect to the band directly via Android.

We also got the “remote shoot” feature to work, which involves using your smartphone to take a picture via the on-board camera. The “find the bracelet” facility functions too, making the band buzz to indicate its whereabouts.

You can also take or reject calls via the smart bracelet, as well as receive push notifications from social media accounts (Facebook, Twitter etc.).

Heart rate measurement (as well as spO2 and blood pressure) can only be performed via the app, which is also the case for monitoring step count, calorie consumption and managing alarms.

All in all, the M4 is well worth the money. Yes, it’s limited in scope, but it works fairly well for what is a rock bottom fee – essentially the price of a McDonald’s Happy Meal.