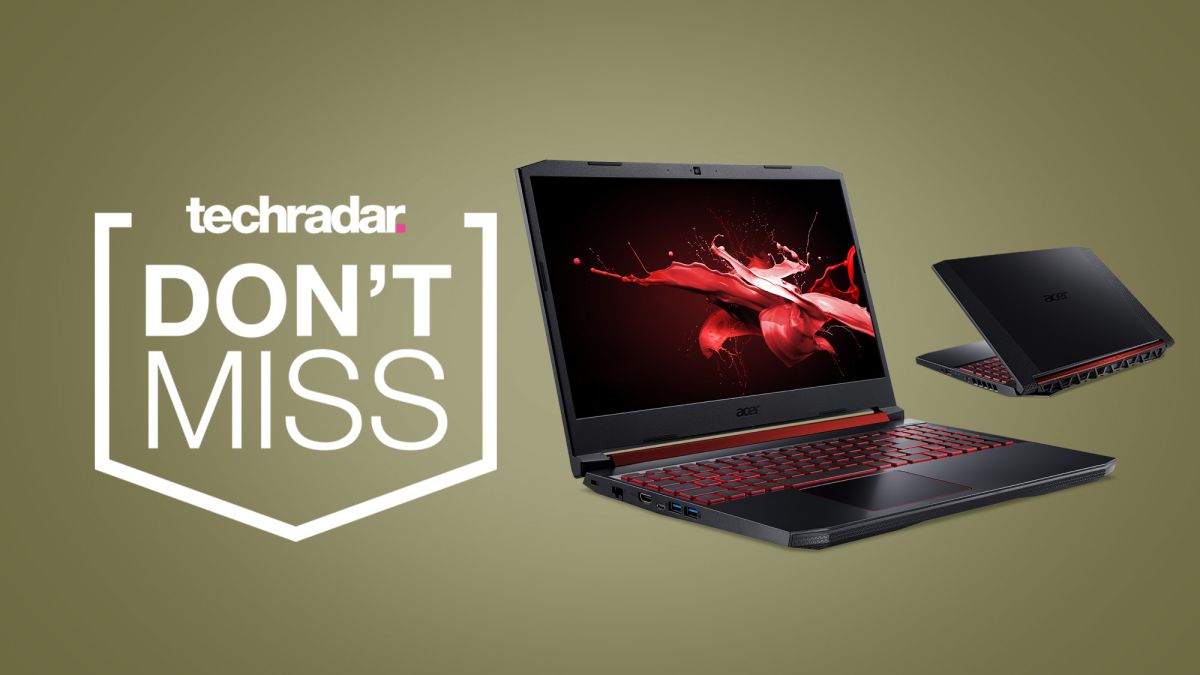 It’s rare to find a cheap gaming laptop that offers the specs to run the latest titles at such a high quality as these Acer Nitro machines. At their everyday price, these gaming laptops are excellent value for money, so when they do receive discounts you can bet there are big savings to be had.

Whether you’re looking to game on the go or you’re just after a less expensive home set up, grabbing a cheap gaming laptop when you can is always a great shout.

Prices start off at $619 on the Acer Nitro 5 gaming laptop and £749 in the UK. You’re picking up a cheap gaming laptop deal, sure, but that doesn’t mean you’ll be shying away from the latest releases. These particular Acer Nitro models offer powerful specs sitting inside a sleek shell, with big SSD’s available, and the processors to run them with ease.

Cheap gaming laptops worth running rarely come at less of an expense than this, so if you’re in the market for a new rig you’ll want to check out these particular deals while they last. If you’re looking for more choice, check out our roundup of the best gaming laptop sales this week.

Acer Nitro gaming laptop deals in the US

Acer Nitro 7 15.6-inch gaming laptop | $899.99 at Best Buy
The Acer Nitro 7 marks a step up from the 5 model but still keeps that cheap gaming laptop price tag the range is known for. This is a gorgeous computer to say the least – with a minute footprint sitting at just 19.9mm thick and weighing in at just 2.2kg with a sleek aluminum shell. This particular configuration will send you home with a powerful hexacore 9th generation i7 processor, a whopping 16GB RAM, a 512GB SSD and GTX 1650 graphics.
View Deal

Acer Nitro 515.6-inch gaming laptop | £769.97 at Laptops Direct
Or go for big storage with this 1TB HDD, 256GB SSD pairing sitting at just £20 more this week. You’re picking up the same 9th generation i5 processor, 8GB RAM, and GTX 1650 graphics but you’ll benefit from considerably more room in this particular model, even if it’s not all up to the same speed.
View Deal

We’re tracking all the latest gaming laptop deals to keep you informed of the best prices around. While you’re splashing out on a new rig, why not refresh your setup with a cheap gaming monitor deal, or the best gaming mouse sales going.