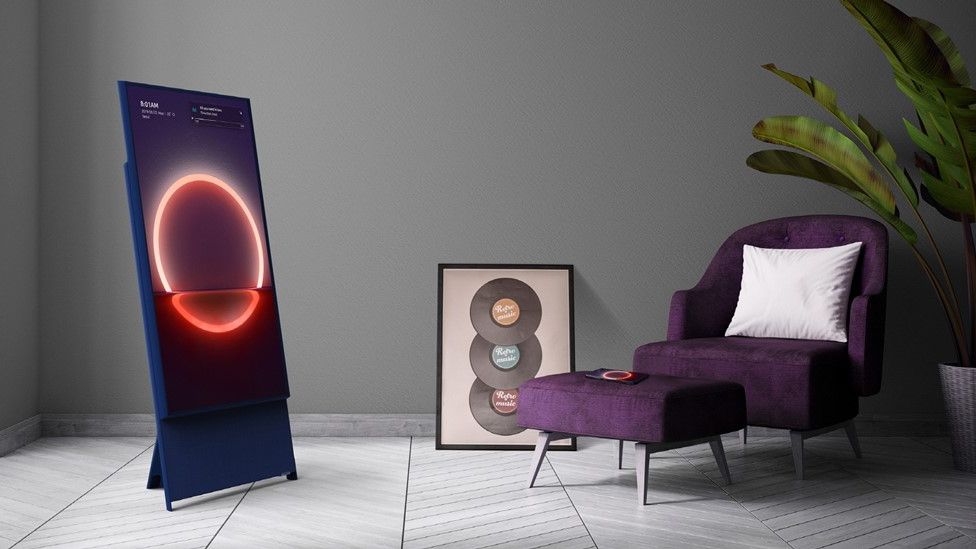 The Samsung Sero TV was one of the most eye-catching sets we caught sight of at CES 2020 at the start of the year – for reasons good and bad. As a set that can shift between portrait and landscape viewing at the click of a button, it offers a very different utility to the majority of televisions out there.

The rotating screen is unlike any other Samsung TVs – or anything anyone else is doing, for that matter – but it’s also geared so strongly towards the TikTok generation as to seem largely irrelevant to the majority of TV users. However, the Sero’s audio capabilities may do something to temper the aversion many TV consumers are likely feeling towards it.

Why’s that? The Sero TV features 60W speakers in a 4.1 surround sound configuration, far beyond the capabilities of the average home television, which usually sits at 10-20W in stereo for acceptable-but-uninspiring audio.

The Sero’s speakers are housed in its TV stand, with forward-firing drivers aimed right at the viewer. “When playing videos, games and music, The Sero’s speakers provide a vivid and clear sound because they are positioned to face front and deliver sound directly to listeners,” says Chris Jo, head of products and operations at Samsung Electronics America’s TV division.

You’re not getting Dolby Atmos support, so those after truly high-end audio will want to look at some Dolby Atmos speakers – or a set like the Samsung Q950TS QLED, which really goes above and beyond when it comes to sound output. But the speakers of the Sero still offer more than we might accept for what the TV is being angled for – namely, portrait videos.

Mobile videos, such as those made and shared through TikTok and Snapchat, are rarely high-quality affairs. Although an increasing number of smartphones are able to record 4K video, built-in microphones for smartphones aren’t anywhere near the level of professional recording booths, let alone the premium audio mastering of blockbuster films.

TechRadar’s phones writer, Tom Bedford, tells us that, “While some expensive flagship smartphones have impressive mic recording capabilities – like the iPhone 11 and Samsung Galaxy S20 – the majority really don’t.”

We’re told by Samsung that the Sero is “Geared toward younger users with an interest in viewing experiences such as the ones found on their mobile devices,” such as “social media content, streaming services and gaming”.

We can’t imagine most smartphones being capable sources to cast high-resolution video or detailed audio – even with the Sero’s upscaling abilities – but the speaker setup is still pretty decent for general TV use, such as Netflix shows or movies from a 4K Blu-ray player.

It’s clear that Samsung’s range of designer TVs are more focused on being lifestyle products than purely AV devices – as we saw when we reviewed the original The Frame TV back in 2018.

The Frame TV made a gorgeous piece of decor, even if its visuals weren’t overly up to scratch. But the QLED panel inserted into the 2019 Frame TV model, and the upmarket audio on offer in the Sero, shows that these sets are more than just pieces of furniture with screens. Whether you want them, though, is a matter entirely for you.