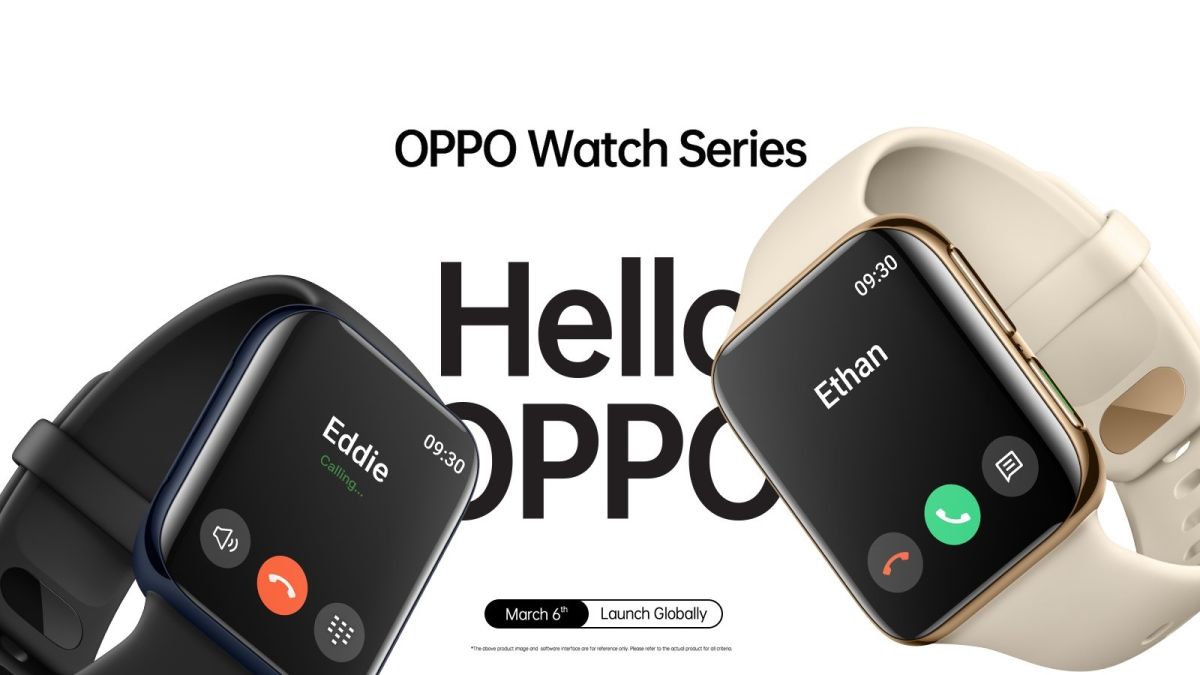 The long-rumored Oppo Watch has been officially confirmed, named, and given a reveal date of March 6 at the planned launch event for the Oppo Find X2 phone.

In addition to announcing the launch date and time, the Oppo tweet also showed us our first official looks at the Oppo Watch – which matches the rumors we’ve seen about the device.

From the angles shown, the watch appears to have sides that curve down much like the ‘waterfall edges’ in the Oppo Find X and, presumably, the Oppo Find X2.

The Oppo Watch also appears to have two buttons on the right side of the display, the top one larger than the bottom. It’s unclear if it will just rely on touch navigation: there’s no rotating crown, as on the Apple Watch 5, for instance, and it’s impossible to tell if it has a trick like the haptic digital dial of the Samsung Galaxy Watch Active 2.

Lots of leaks – some vindicated

The Oppo Watch had its own small series of leaked renders and photos revealing a design that accurately reflected the final design we see in Oppo’s tweet. That’s reassuring, as we can dig into the other predicted features – like the operating system.

A leaked image appearing on Weibo, for example, revealed an alleged photo of the Oppo Watch’s operating system:

That could be Wear OS, though the different UI means it would have to be running a skin on top of the platform given its Apple-like font choice. Alternatively, it could be Oppo’s own internal operating system, which would keep Oppo from being dependent on Google-related operating systems or services.