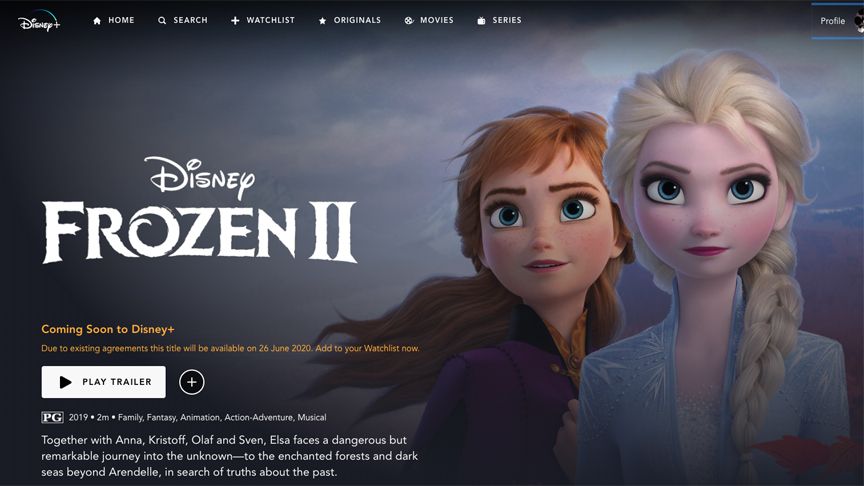 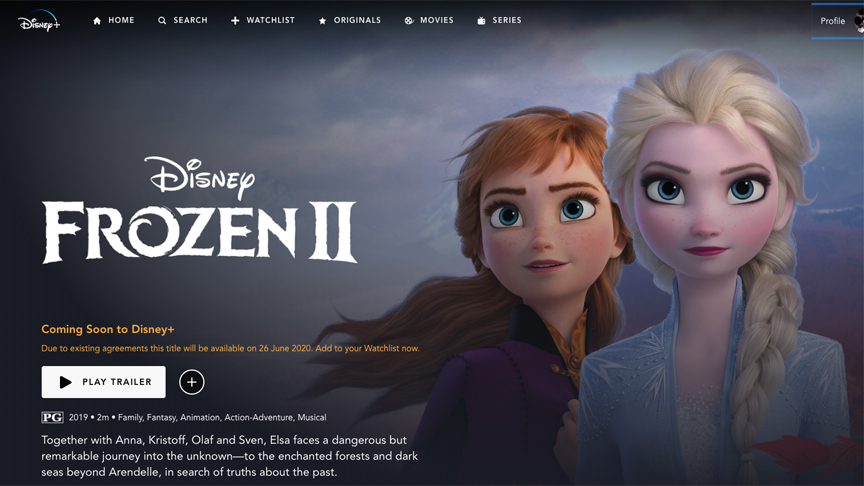 Update: Disney will now release Frozen 2 this coming Sunday, March 15 on Disney Plus in the US. In Australia, you’ll be able to watch it on Tuesday March 17.

Original story: Frozen 2 is coming to Disney Plus in the US on June 26, according to a new listing on the streaming service. This update was spotted by user jonnyslats on the Disney Plus subreddit, and it means that only two of Disney’s big movies from 2019 lack release dates on the service now – Star Wars: The Rise of Skywalker and Maleficent: Mistress of Evil.

On Disney Plus Australia, the listing page says Frozen 2 is coming on July 31. Since Disney Plus UK hasn’t launched yet, we’re unsure when the film will, ahem, show itself on the UK version of the service.

Over the last few months, Disney Plus has kept things ticking along with a mix of big movies from 2019 and the slow trickle of films arriving from other services as licensing agreements expire. Since January, the live-action versions of The Lion King and Aladdin have released on the service, as have notably-missing movies such as Black Panther.

Frozen 2 will likely be a massive draw for the streaming service: it was the third highest-grossing film of 2019 at $1.449 billion, only behind two other Disney films, Avengers: Endgame and The Lion King. Frozen 2 was released on digital home video on February 25 – so the waiting time for it to land on Disney Plus is almost exactly four months.

What’s worth watching in the meantime?

While Disney Plus continues to have new originals like Diary of a Future President, the movie Timmy Failure and the last season of The Clone Wars, its biggest originals are coming later in the year. The Falcon and the Winter Soldier (August), The Mandalorian season 2 (October) and WandaVision (December) are still a little while away.