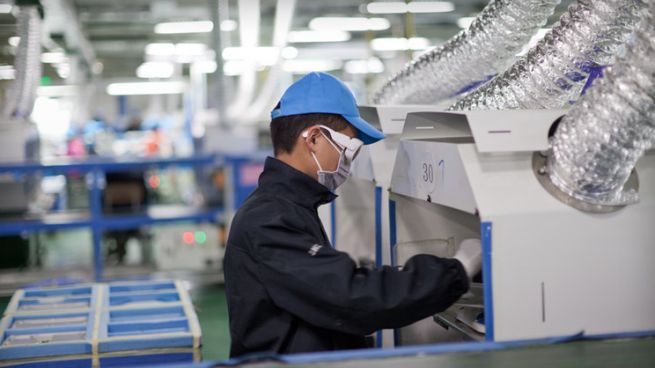 Foxconn’s founder Terry Gou has said that resumption of production at its Chinese factories has “exceeded expectations” after they were shut due to the coronavirus outbreak.

The world’s largest contract electronics maker produces most of its goods in China as that is where many of its suppliers are located as well.

Foxconn, which is based in Taiwan, assembles Apple’s iPhones as well as the devices of many popular electronics brands. Back in February, the company suffered its biggest monthly drop in revenue in seven years as the coronavirus outbreak brought its business to a halt.

Although Foxconn’s factories have resumed production, Gou warned that weak consumer demand as a result of the coronavirus could be a problem going forward, especially in the US, saying:

“In the United States, what we are worried about is the market. If production was resumed quickly but consumers stop spending…that would be key to the economic recovery.”

Gou is also concerned over the electronics supply chain in Japan and South Korea, which are both also dealing with the outbreak. He cited rising prices for DRAM memory and supply issues with display panels as potential problems.

Foxconn recently warned that revenue would see a 15 percent drop in the first quarter though it would recover afterwards as production returns to normal across China.