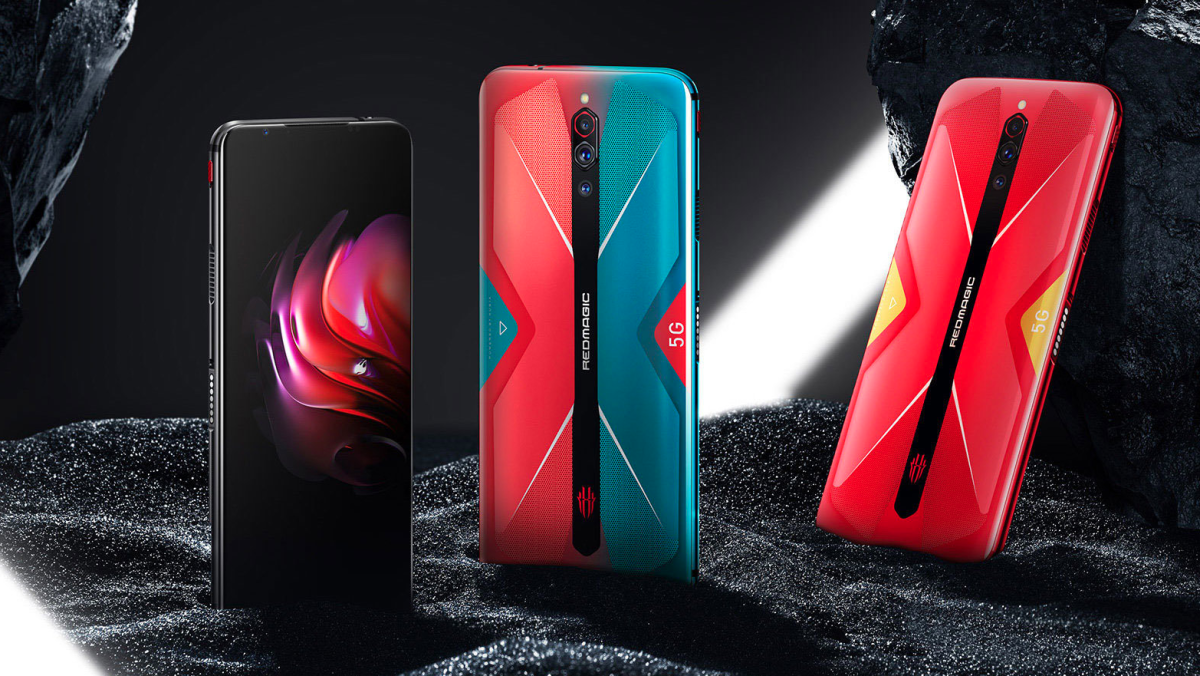 Nubia was one of the first smartphone companies to have a dedicated sub-brand just for gaming smartphones. With the Red Magic 5G, it manages to achieve a couple of feats that no other smartphone can currently boast of.

Red Magic has been known for bold designs, powerful specifications, big, high refresh rate displays, and giant batteries. Even with the bar set so high, the Red Magic 5G improves upon on all those aspects.

For starters, the Red Magic 5G is the world’s first 5G gaming smartphone, thanks to the Qualcomm Snapdragon X55 modem. Both NSA and SA standards are supported. Unsurprisingly, it is also powered by the Snapdragon 865 (clocked at 2.84GHz) and the Adreno 650 GPU, up to 16GB of LPDDR5 RAM and 256GB of UFS 3.0 storage.

To keep the peak performance sustained, the Red Magic 5G also houses an interesting cooling solution. We’re looking at an actual fan that can spin as fast as 15,000 rpm and covers an area of 40,000 mm². That is further bolstered by an L-shaped cooling chamber that uses a combination of thermal paste, a copper foil, and graphite. There are vents on either side of the phone to assist in air circulation.

Other gaming-centric additions include capacitive shoulder buttons, 4D haptic feedback with a linear vibration motor, and docking pins on the side to connect peripherals such as Ethernet, headphones and charging cables.

The Red Magic 5G is also the first gaming smartphone with a 144Hz refresh rate. It is a 6.65-inch AMOLED panel with a 240Hz touch sampling rate. It uses Goodix’s latest in-display fingerprint scanner too. Moreover, it covers 100% of the DCI-P3 color space.

The display is flanked by a pair of front-firing loudspeakers for a stereo sound output. The audio is also DTS X Ultra certified. The 3.5mm headphone jack is also present. As a part of the new Red Magic OS, we also get features such as picture-in-picture, wireless airplay, and game space.

As for the cameras, the Red Magic 5G has three of them on the back. The primary camera is the 64MP f/1.8 Sony IMX686 sensor, followed by an 8MP ultrawide shooter and a 2MP macro lens. The selfie shooter also uses an 8MP camera. New shooting modes include anti-shake video recording and a vlog mode.