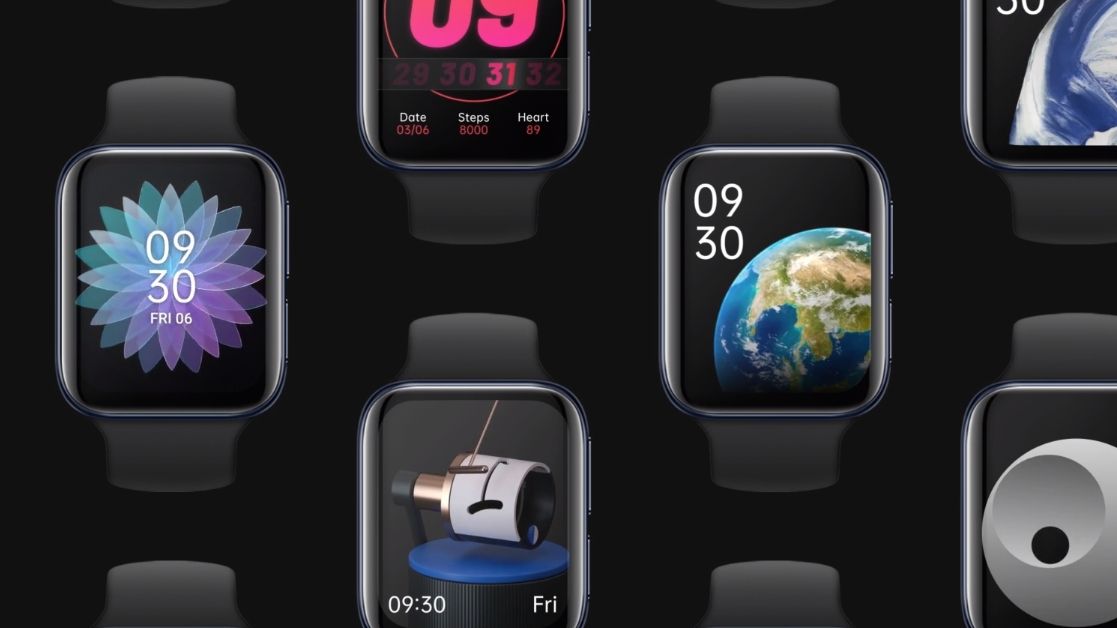 We knew Oppo was working on a wearable with more than a passing resemblance to the Apple Watch, but now the Oppo Watch has been announced in full, complete with a large and sharp OLED screen.

Still, at the top end the Oppo Watch is larger and has a higher resolution than the Apple Watch 5, while retaining a similar design, complete with a square-ish screen with curved glass, and an 11.35mm thick aluminum or stainless steel frame.

It’s also water resistant up to 50 meters, has a heart rate monitor, and supports cellular connectivity via an eSIM.

The battery is 430mAh in the 46mm model and 300mAh in the 41mm one, and can apparently last 40 hours of regular use, which sounds like a fairly average amount, but switch to power-saving mode and Oppo claims it’ll run for up to 21 days. This mode will display notifications, but turns off many of the smart features.

And charging the Oppo Watch up should be fast, with the company saying it can go from zero to 100% in 75 minutes, or from zero to 46% (apparently enough for a day of life) in just 15 minutes.

The software could be a sticking point for some users, as this doesn’t run Wear OS or any of the other major smartwatch platforms. Rather, it runs Oppo’s own ColorOS Watch software. This is based on Android, though – like the hardware – it bears some resemblance to what you’ll find on the Apple Watch.

We’re not yet sure of the software’s full capabilities, but it can do general stuff like control music playback and track exercise and sleep.

Oddly, the Oppo Watch is powered by the Snapdragon Wear 2500 chipset, which isn’t one of the most powerful smartwatch chipsets, but then maybe lots of power isn’t needed with Oppo’s OS. There’s also 1GB of RAM and 8GB of storage in all models.

The big remaining question is if and when you’ll be able to buy the Oppo Watch, and how much for. Today’s launch was just for China, where it will start at CNY 1,499 (around $215 / £165 / AU$325), but don’t expect an exact conversion when it launches elsewhere.

Oppo has told us that its watch will come to Europe at a later date, so those in the UK at least will likely be able to buy it without importing it, but we’re not sure when. We’ll update you as soon as we learn more.