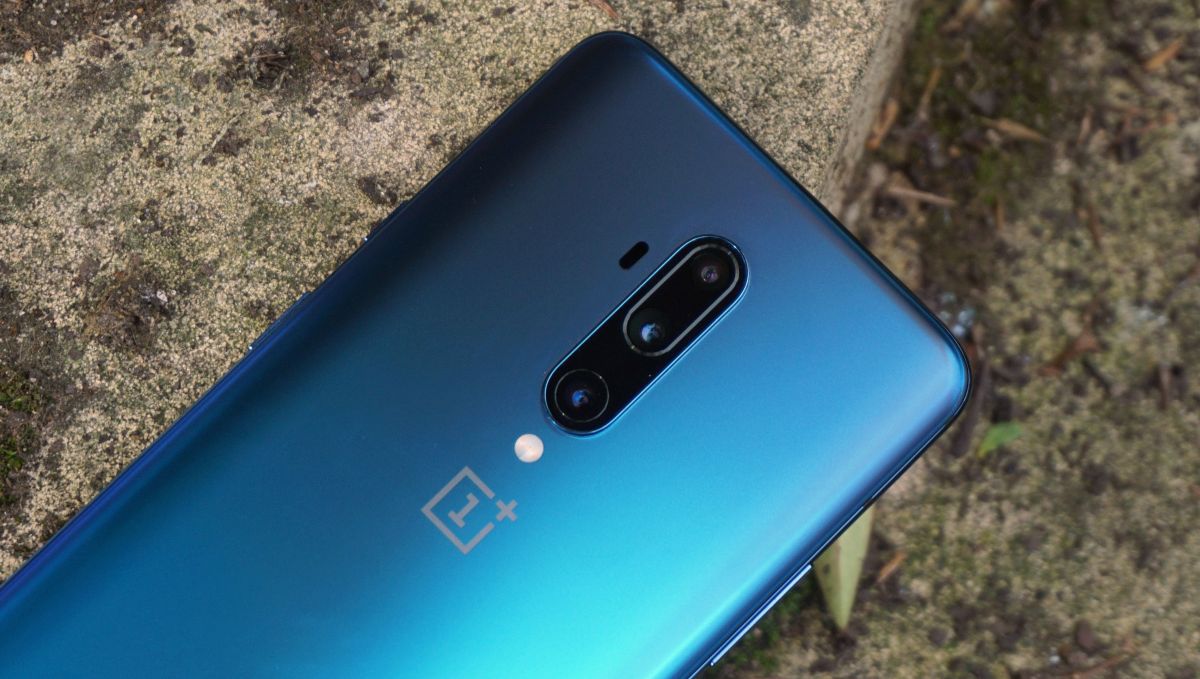 The OnePlus 8 is one of the most anticipated smartphones of 2020, along with the OnePlus 8 Pro – and possibly also a OnePlus 8 Lite, as rumors would have us believe.

2019 was an interesting year for OnePlus, which split its lineup between the flagship specs at a mid-range price in the OnePlus 7 and the more polished (and pricey) true budget flagship OnePlus 7 Pro.

Those were refined with additional features in the 7T versions later in the year, as follows the phone maker’s traditional tick-tock schedule.

As such, we’re expecting the new phones coming early in 2020 to make a similar tech leap. And who knows, OnePlus might follow other phonemakers and release a Lite version of the handset as an even more streamlined and affordable version. But what will the OnePlus 8 series include?

Beyond that we can speculate about some things. For example, both the OnePlus 7 Pro and the 7T Pro had 5G versions, so we can expect a OnePlus 8 Pro 5G – especially as those advanced wireless networks start rolling out more coverage. Heck, 5G might even come standard given the Snapdragon 865 that will very likely power the devices effectively mandates 5G connectivity.

You’ll find everything else we’ve heard or suspect below.

Latest leak: A massive specs leak has revealed all the possible specs of the OnePlus 8, OnePlus 8 Pro and the OnePlus 8 Lite, while another source has hinted at proper water resistance.

Given the release windows OnePlus has followed for years, we can expect the OnePlus 8 and OnePlus 8 Pro to launch in late spring or early summer – the last two non-T versions came out in May 2018 and 2019, respectively, so mid-May 2020 is a good guess.

OnePlus 8 and 8 Pro rumors and leaks

Here, we’ve compiled a list of all of what we’ve heard on the OnePlus 8, 8 Pro and 8 Lite. We’ve organised it by feature, so you can easily find what you want to know.

While the OnePlus 7 Pro introduced a pop-up selfie camera that allowed an unblemished front bezel, the OnePlus 7 didn’t – it kept the teardrop notch of its predecessor.

An early leak suggests the OnePlus 8 will go for a simple punch-hole in the top-left corner for the front-facing camera. That leak also suggested the Pro would shrink from 6.67 inches down to 6.5 inches, or possibly even 6.44, and other rumors also suggest it’ll be smaller than its predecessor.

This could be the case of the Pro too, as a leak suggests the pop-up camera was removed to make room for other features like wireless charging, but it’s easy to speculate other possible reasons: the pop-up mechanism could have been had reliability issues (not that we’d heard of any).

That mechanism could’ve also been a vector for water and dust to get in – unlike other phones, OnePlus handsets don’t have an IP dust/water resistance rating, which are almost industry standard.

On that note, one or more OnePlus 8 models might have an IP rating, according to a tease from a reliable source.

We’ve seen how the front camera might look in the leaked sketches below, which show both single-lens and dual-lens punch holes, with the dual-lens one likely being the OnePlus 8 Pro.

Images above also show minimal screen bezel and a quad-lens rear camera, but as with all leaks we’d take them with a pinch of salt. One huge leak, which has informed a lot of this article, suggests none of the phones will have three rear cameras.

This 120Hz refresh rate could be slightly better than the one on the Samsung Galaxy S20, as another leak suggests it’ll work whatever resolution you’re viewing the screen in.

As well as the OnePlus 8 and OnePlus 8 Pro (or whatever they launch as) we might also get a OnePlus 8 Lite, as just such a phone has also now leaked.

The render above shows how it might look, with the source (@OnLeaks – a reliable leaker) saying it’s likely to have a 6.4 or 6.5-inch screen.

It’s also apparently 8.6mm thick, putting it between the OnePlus 7T and OnePlus 7T Pro on that front, and it’s shown as having two rear cameras and a punch-hole camera on the front. It’s unknown what the specs are, but this could be the cheapest OnePlus phone in a while.

They’re all said to be AMOLED and all but the Pro apparently have 90Hz refresh rates, with the OnePlus 8 Pro having a 120Hz one, as previously rumored. We’d take this leak with a pinch of salt though, as it’s unlikely the OnePlus 8 Pro would have just a FHD+ screen.

A leak suggests the OnePlus 8 Pro will include a fourth rear camera, introducing a Time of Flight depth sensor to the trio of main, ultra-wide and telephoto lenses, which are still vertically aligned in the center. However we’ve heard other rumors questioning the presence of this extra lens.

The aforementioned huge leak suggests the OnePlus 8 and 8 Pro will come with 60MP cameras, joined by a 16MP on each, then a 13MP on the Pro and 12MP on the base device. That leak didn’t mention what lenses they have, though.

This extra camera rumor is also supported by a leak of an alleged case for the upcoming OnePlus 8 Pro, which shows a cutout next to the main camera blip that could house an extra depth sensor.

Then, the OnePlus 8 Lite looks set to have a 48MP main camera, then the same 16MP and 12MP combo as the OnePlus 8.

That said, another specs leak disagrees with some of this, saying that the standard OnePlus 8 will have 48MP, 16MP and 12MP lenses, with the other two phones matching what’s listed above.

Then, on the front, it looks like there will be 32MP cameras on all models save the Lite, which will have a 16MP sensor – a claim we’ve heard from multiple sources.

At the moment, we don’t know much about lenses, but they’ll likely be an ultra-wide angle and telephoto lens on the 16MP and 12MP/13MP snappers.

Both of the biggest leaks suggest the OnePlus 8 Pro will have a 4,500mAh battery, and the others will have 4,000mAh power packs. Those are all decent sizes for smartphones, and will likely see you through a day of use.

One of the leaks adds that the Pro model will have 50W charging, while the other have 30W.

We don’t know much about charging speeds at the moment, but OnePlus often touts its Warp Charge tech, so there could be big news to come on that front.

We’ve heard the OnePlus 8 and 8 Pro will have the upcoming Snapdragon 865 chipsets, which are top-end processors with unrivalled speeds.

Then, it looks like the OnePlus 8 Lite will have a MediaTek Dimensity 1000 processor, another announced chipset that likely won’t have the same speeds as the Snapdragon. It’ll hopefully be good enough for everyday use, but if snappy speeds are important for you, then maybe the Lite isn’t right.

That news comes from the aforementioned huge leaks, so it might be incorrect, but it wouldn’t be a surprise for the Lite to have a worse chipset.

Another important piece of information from that leak is that the OnePlus 8 and 8 Pro could both have 5G options or, possibly, only come in 5G versions. Since 5G phones are getting even more prevalent, the latter could be likely, but we wouldn’t count out the possiblity of a 4G phone.

We’ve also now seen benchmarks backing up the possibility of a Snapdragon 865 chipset. However, the benchmarks also list just 8GB of RAM for one of the models – though we’re not clear whether this is the OnePlus 8 or OnePlus 8 Pro, and it’s possible there will be multiple configurations, especially as another benchmark lists 12GB for one of the phones.

The OnePlus 7 Pro introduced a third ultrawide lens, like many other smartphones released in 2019, and it was good: the extra range makes the phone’s photo suite more versatile. But it can be better.

Specifically, we’d love an improved Nightscape, the company’s night mode – and yes, it’s wholly because the iPhone 11 and Google Pixel 4 raised the bar again this year. Clarity, color vibrancy, and general brightness are being achieved to astonishing degrees, and we’d love to see Nightscape catch up.

So long as we’re asking, we’d also like a few of the modes that come standard in other phones. The new Macro Mode introduced in the OnePlus 7T is neat, but we’d also like standbys such as panorama and slo-mo. Heck, we’d even love slofies.

True, wireless charging still isn’t speedy, but it remains a convenient addition to any phone. Slapping your phone down on one of the best wireless chargers is more convenient than having to plug it in and yank it out every time you need to check something.

And while it’s not exactly a killer feature, the “reverse wireless charging” capability to lend some of your handset’s capacity to another device is handy (in theory, anyway.)

While fingerprint sensing is important, it’s nice not to have to perch your finger in a certain place every time you want to check something quickly on your phone. Given Android 10 enables Face Unlock, it would be great to have the feature in addition to (and not in replacement of, like in the Pixel 4) the fingerprint scanner.

While both generations of OnePlus phones in 2019 had a 5G version – the OnePlus 7 Pro 5G and the rarer OnePlus 7T Pro 5G McLaren Edition – they were both the highest-specced Pro models of the phones. While certainly more affordable than other 5G phones like the Samsung Galaxy S10 5G, they were notably pricier compared to the base OnePlus models.

We’d love to see the 5G revolution come to the masses in what will assuredly be a lower-cost yet high-specced setup that OnePlus is known for. While most 5G phones have been marketed as premium devices, the Moto Z3 and Moto Z4 have still delivered respectable (though not record-breaking) speeds with the 5G Moto Mod; if we could internalize that in the base OnePlus 8, it would go a long way toward bringing 5G to folks who don’t want to spend top dollar.

We might sound like a broken record here, but we love the 3.5mm jack in all phones and were sad to see it go with the OnePlus 6T.  While most of the industry has done away with it, we still yearn for the day when we can plug our nice headphones into our phones.