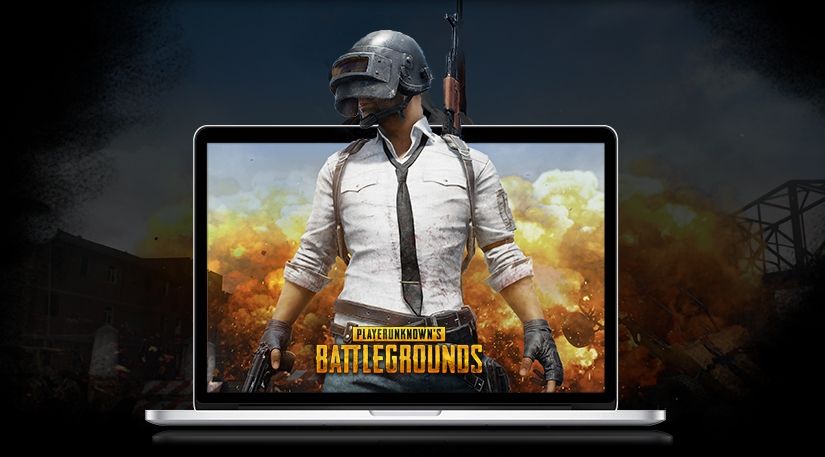 Nvidia GeForce Now hit the streets like a month ago, and in what was a surprise to literally no one, it is the best game streaming service on the market right now. It’s not without its flaws, though.

For starters, it seems like all kinds of developers are suddenly pulling their games from the service, from AAA heavy hitters like Bethesda to Indie developers like Hinterland Studio, which just yanked its game The Long Dark off of the service. Because GeForce Now lets you play games you “own” – something I’ll get into in a bit – its a little discouraging that game developers can basically cut off access to games you’ve paid money for.

This whole thing throws into question whether or not you should invest your time and money into the platform. There are certainly people who think that game streaming is the future of gaming, but when you can’t be guaranteed access to the games you have paid for, it’s a future that I don’t want to be a part of.

Let’s get the good stuff out of the way

One thing I have to say before I start telling people to avoid GeForce Now is that it’s actually pretty freaking great. I’ll admit that our friends over at PC Gamer actually put it through the paces much more than I’ve had the chance to do, and they found that it has much less latency than Google Stadia. For a company like Google, which is practically synonymous with “the internet,” it’s super surprising that Nvidia could win in this area.

And, frankly, games have the potential to look much better on Nvidia GeForce Now, assuming that you’re playing at 1080p (side note, Nvidia needs to work on getting a 4K version of GeForce Now running). This is largely thanks to the fact that you’re running native PC versions of games, allowing for settings like ray tracing and DLSS that the AMD Vega-powered machines behind Google Stadia just can’t do.

I also have to talk about the sheer amount of games available for GeForce Now, even if a lot of games keep getting sucked out of the service. There are so many PC games out there that GeForce Now has a potential game library that could absolutely dwarf any game console, let alone competing streaming service. But, therein lies the problem.

The case of the disappearing PC games

I don’t know who to blame for the games that keep disappearing from Nvidia GeForce Now. Is it Nvidia’s fault for allegedly adding games without permission from developers according to this GameRant report? Or should the blame lie on behalf of game developers not allowing users to play games that they paid money for on the platform of their choice? Or is it both?

The way I look at it, Nvidia GeForce Now functionally acts as a PC rental service. You’re essentially borrowing a PC to play PC games that you wouldn’t otherwise be able to run on hardware you have locally available to you. A report from The Verge dives into the legal reasons why it isn’t looked at in this way by game developers and publishers, but functionally to the everyday user, that’s how it works.

This whole controversy does seem to show the consequences of a tech company entering the game industry from the outside. Nvidia told The Verge that publishers “are taking a while to make up their minds” on whether or not their games will be available. While to you and I, Nvidia is just renting out a remote PC to play games, legally speaking that’s not the way it works. Digital game licensing is a complicated beast, and it doesn’t allow for services like this to exist without paying tribute – which definitely sucks for everyone that’s not making a profit off of this.

But in the game streaming world, Nvidia isn’t the only one that’s having to face tough truths about the game industry. Even Google Stadia is starting to feel the sting of licensing agreements, as it is having trouble growing a sizable library. According to a Business Insider piece, Google is hinging its service entirely on huge AAA games that are available on other platforms, without the thick library of indie games that give other game platforms life between big tent-pole releases. And it entirely comes down to the fact that when it comes to give indie devs an incentive to port games over, Google won’t budge.

So, basically, both of the major game streaming services out right now are having trouble either getting games onto their platforms or keeping them there. Both Google and Nvidia are new to this part of the game industry, so it’s to be expected that there would be growing pains there. If we lived in a perfect world, we wouldn’t have to worry about licensing agreements to play games we already owned, but we don’t.

Hopefully when Microsoft xCloud makes its way to market, we’ll finally have a game streaming service that isn’t so mired in disappointment. Microsoft definitely has weight it can throw around in the industry which, when combined with the power of Azure, could lead to Microsoft easily taking the throne in the game streaming world. We’ll have to wait and see there, though.

Because licensing is such a mess for both Stadia and GeForce Now, playing your games locally on one of the best gaming PCs is the best course of action right now. Don’t get me wrong, the way that digital game licenses work means that game publishers can absolutely take away your games for pretty much any reason, but it’s actually pretty rare that you’re prevented from installing any game you bought on Steam on your own PC.

The way I look at GeForce Now at this time is that it’s an excellent secondary service. If you have a MacBook that you’re taking with you on the road, and you want to play your favorite game, it’s an excellent choice. It’s true that there are some gaming laptops out there that are getting extremely thin and light, but none of them are quite on the level of a MacBook Air – at least, not yet.

But, because the state of game licenses on Nvidia GeForce Now is so iffy right now, I can’t advise anyone use it as their main gaming platform. The fact that you have to buy the games through Steam, and then hope that the game publisher doesn’t pull the game from Nvidia’s platform makes me nervous. I’ll just come out and say that you shouldn’t buy a game if Nvidia GeForce Now is the only way you can play it.

I know I sound like a broken record by saying this, but if you want to play PC games, you should consider building or buying a gaming PC.

I get that it’s significantly more expensive up front to do this, but if you play your games locally, you’re much less likely to have to deal with publishers and platform holders fighting over licensing agreements.

The good news is that if you want to build a PC that’s comparable to the hardware you’re gaining access to, you don’t need to drop too much cash. According to some leaks, it’s only using 14GB of RAM, a custom Intel processor with 4-cores and 8-threads and a custom Nvidia processor with 56 compute units, which is somewhere between the Nvidia GeForce RTX 2080 Super and RTX 2080 Ti – but with a much lower clock speed than either.

That GPU is frankly overkill for 1080p gaming, and you can get away with maxing out every modern game with ray tracing with the Nvidia GeForce RTX 2060, or without ray tracing with the AMD Radeon RX 5600 XT. That would be my advice – get yourself a nice little mid-range gaming PC and live your best local gaming life.

On my end, as someone who has access to all the latest and greatest PC hardware, I’m having a good ol’ time with Nvidia GeForce Now, as I can play some of my favorite games while sitting on my couch with my MacBook. That, I think is the ideal use-case for this technology right now.

Services like Nvidia GeForce Now and Google Stadia are exciting little bits of technology, and the future may indeed be bright for game streaming. However, with the messy way that the game industry functions, it probably won’t be the best way to primarily play your games for a while. Until Microsoft throws its hat in the ring with xCloud, game streaming is going to be a very specific niche, meant for folks that have killer internet connections and other ways to play games when either the service is having a rough time, or when their favorite games are no longer available.

Until then, I’ll still be playing games on my gaming PC. At least there I know I’ll be able to play Dragon Age: Inquisition until the Sun implodes.