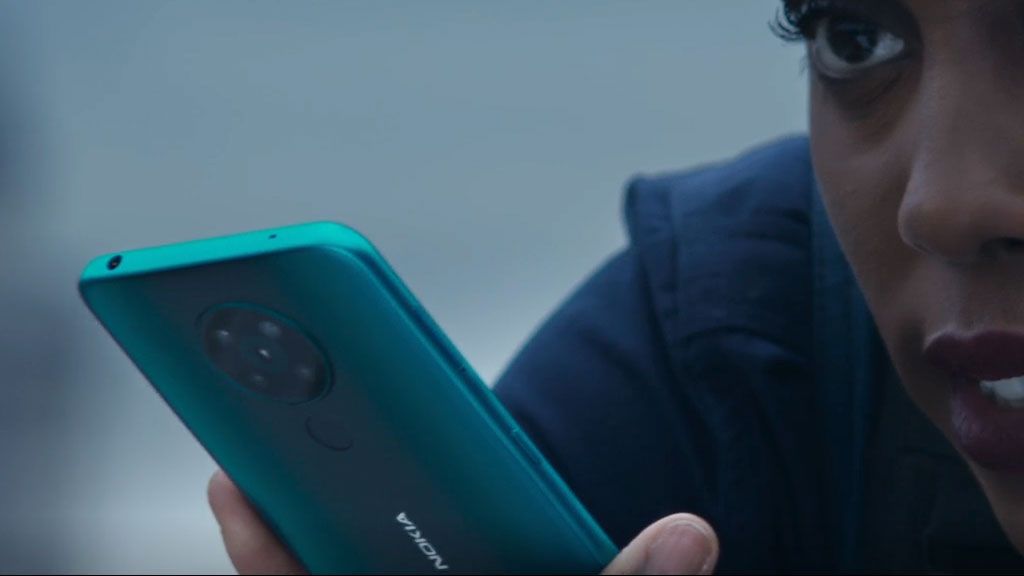 HMD Global (the firm behind Nokia phones) has confirmed that it will launch its first 5G phone on March 19, ahead of its appearance in the upcoming James Bond film, No Time To Die.

You can catch a glimpse of the new 5G handset (which could be the rumored Nokia 10) in the 90 second video teaser, where Agent Nomi (played by Lashana Lynch) uses Google Assistant to bring up photos, navigation directions and send text messages using her voice. You might say, she has no time to dial. (ahem)

We already knew that there was a Nokia phone launch coming up, after HMD Global posted a Bond-themed teaser, and it’s likely we’ll see more than just a new 5G phone announced at the event with previous launches from the firm bringing multiple new devices.

What do we know about the Nokia 5G phone?

While the only official detail on the upcoming handset is the fact it will have 5G support, we can glean additional information from the teaser video.

Agent Nomi says “36 hours in pursuit, and we’re still going strong” as the camera flicks to the corner of the phone screen where the battery level reads 20%. That’s a clear nod towards a potential two-day battery life, which hopefully means the new Nokia 5G phone packs in a big battery.

It also shows us the new 5G phone is set to have a centralized screen notch for the seflie camera. The handset appears to have a large display which takes up the majority of the front, but there’s a small chin housing the Nokia logo.

We get a look at the rear of the handset too, with a large, circular camera bump seemingly housing four cameras clustered round a central flash.

Below the camera protrusion, a rear-mounted fingerprint scanner can be seen, while there looks to be a headphone jack on the top edge of the handset, and a power button and volume rocker on the right, plus a quick-launch key on the left.

A shot of the camera app reveals a macro lens, along with icons for a standard shooting lens and a wide-angle option. Below the icons, a number of modes are clear, including Photo, Portrait, Video and Night.

Unsurprisingly, the Nokia 5G phone appears to be running a relatively stock version of Android – as is HMD Global’s way – and from a couple of shots of the handset being held, it could have a tall, 21:9 aspect ratio display.

We’ll know all the details, and the official name of the device, at the Nokia launch event on March 19. Until then, you can keep interrogating the witness, sorry, the video.