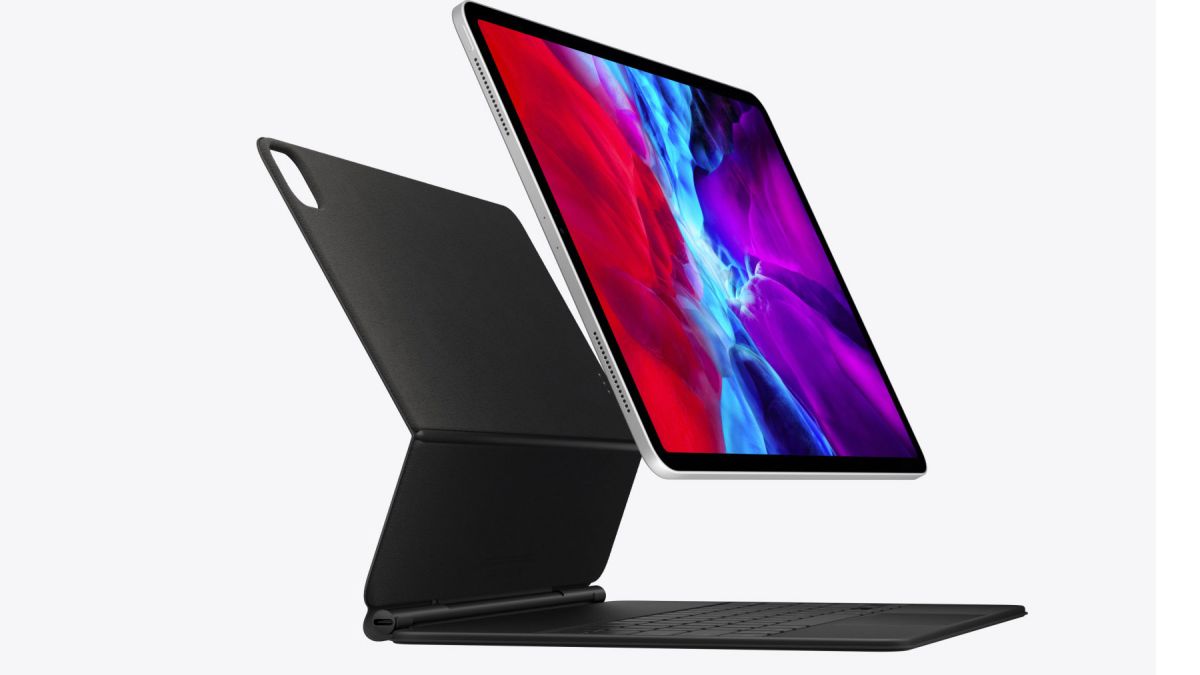 The new iPad Pro 2020 is here, and not only is it coming in two sizes, it’s also bringing along with it a new keyboard – the unsurprisingly-named Magic Keyboard. While this does start at $299 / £299 (about AU$500), it packs a trackpad for the first time for an iPad, meaning we could have a true laptop (and MacBook) rival from Apple.

While this is an incredibly expensive accessory for a tablet that can already cost up to $1,649 (and that’s before you add in the Pencil for $129 as well), it does change what the iPad is all about.

The new keyboard does a lot to try and justify the $150 price hike from the ‘basic’ Smart Folio keyboard, with 1mm travel keys, multi-gesture-support on the new trackpad and a cantilever hinge to allow for better placement of the screen for improved typing comfort.

It’s also backlit, which has been a major gripe for a number of iPad users for a while. Like the older Smart Keyboard, the Magic Keyboard will connect magnetically to the rear of the tablet and charge from the iPad. Folded down the case will provide protection for your tablet on the go.

The mouse is out the house

What’s interesting here is that Apple has finally given in on mouse support, as it realized that the iPad Pro’s future lay in taking the fight to laptops. While the apps themselves are touch-friendly and powered by ever-stronger chipsets inside the iPads, the simple act of trying to prod and type while using a keyboard was a poor experience.

By finally adding in mouse support (it was possible when iPadOS launched last year, as a ‘hidden’ option in the accessibility section, but the experience was… sub-optimal) Apple has added the last piece of the physical puzzle in terms of being able to truly use the iPad as a laptop replacement.

There are still a couple of big questions hanging around though: namely, will iPad OS be upgraded soon to support a more multi-window experience? That’s still something that makes the iPad feel like a ‘lite’ version of a laptop, a locked-down experience compared to the fluidity of Windows or MacOS.

And on that – what about the MacBook? By adding the trackpad, it basically makes the new iPad Pro a competitor to the laptop.

While Apple is claiming that the two sit disparately in the product line-up, clearly they’re going to be competing for the attentions of those that can only spend a thousand dollars on one device. Sure, the iPad Pro is cheaper for the base model, but it doesn’t come with the keyboard in the box, so the cost will really level out.

It’s an interesting move from Apple – one you feel that it’s been forced into by the way the public is using tablets. To have a more powerful, capable device for the ‘pro’ audience, it needed to be disparate and useful in a different way to a basic iPad – and the only way to do that was to add keyboards, Pencils and now trackpads.

Whether this will help drive sales of the iPad Pro – combined with a new camera array to let you spend more time in augmented reality – remains to be seen, but it will be interesting to see how the MacBook and iPad continue to sit side by side in Apple’s stable.