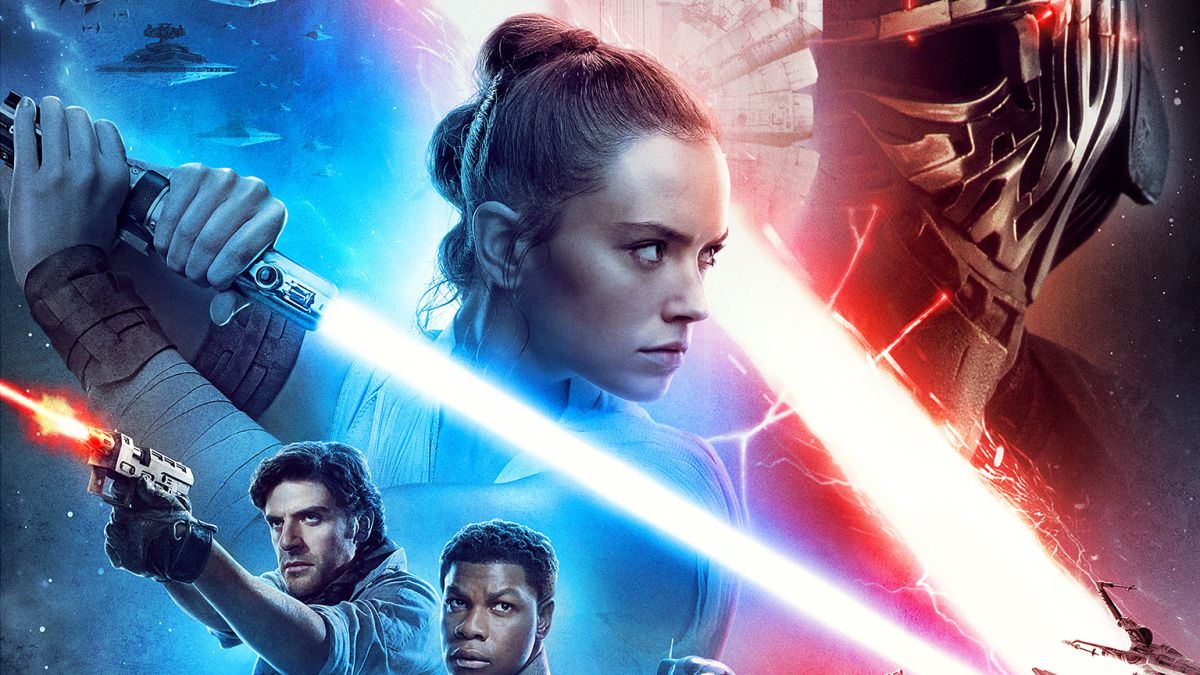 Star Wars: The Rise of Skywalker is three months old this week, and it’s starting to appear on home video. Back in December, I called JJ Abrams’ film reheated nostalgia and little more. Months later, I think of Episode 9 as a movie that haphazardly tried to please everyone, but ended up leaving a lot of people unsatisfied.

It lost me as soon as Palpatine appeared on screen and explained he was the big bad behind everything from the past two movies. It lost me again when Rey seemingly killed Chewbacca by using Force Lightning to bring down a spaceship, which was clearly a fake-out. And then it made me swear under my breath when the film rowed back The Last Jedi’s best decision – that Rey was the child of some nobodies – in favor of her being Palpatine’s granddaughter, forcing the audience to consider the idea that the wrinkly Emperor once had sex (it turns out Rey’s father was a failed clone, one of many things this movie fails to explain).

The Rise of Skywalker’s attempts to course-correct elements of The Last Jedi didn’t seem to make everyone happy, though. It’s got the lowest critical rating of any Star Wars movie on Rotten Tomatoes at 51% – not that this is scientifically representative of how good or bad a movie is. It got a B+ Cinemascore from attendees in the US, which is the lowest of the series, but far from terrible (Joker got the same score on its opening night).

To be honest, though, I don’t have a point to make about how everyone else feels about Episode 9 – if you like it, that’s cool. Our reviewer, Nick Pino, did enjoy the movie, and I thought his excellent piece offered some interesting observations about how the movie bends the lore of Star Wars to clever effect.

Most of my problems with The Rise of Skywalker come from the way it undermines The Last Jedi, without having any better ideas of its own. Rey being related to Palpatine is one example of that, but it also comes in the way that the movie abandons the idea of Kylo Ren as the main, irredeemable villain. Bringing Palpatine back at all was a massive cop out – and a shortcut to arbitrarily declaring the nine movies as one big story.

They also gave Hux a boss in the form of Richard E Grant’s General Pryde, which was pointless, and at odds with the clear Hux/Kylo power dynamic established at the end of The Last Jedi. Star destroyers are powerful enough to blow up planets. These were all bad storytelling decisions.

The filmmakers feel like they’re pandering to a vague hive mind of Star Wars fans, rather than making decisions for the good of the story.

The way the movie sidelines the character Rose Tico, too, was a bad look. And it was made more egregious by Abrams’ bizarre decision to introduce new characters of little consequence to a trilogy that already had enough of them: in this film we got Keri Russell’s Zorii Bliss, an unnecessary love interest for Poe Dameron, and Naomi Ackie’s Jannah, neither of which needed to be in the movie. Why not spend more time focusing on the cast that’s already there?

I know The Last Jedi is a contentious movie, and not just among angry internet boys – it’s a flawed but fascinating film, with some parts that don’t work as well as others (the entire plot on the casino planet is usually on the receiving end of criticism). But The Rise of Skywalker simply doesn’t have the ambition of that film. The relationship between Kylo Ren and Rey is steered into a total dead end – an empty kiss, and redemption for the villain that he simply doesn’t deserve. Kylo is a non-threat in this movie. Their showdown on the wreckage of the second Death Star is a total bore.

I did not know that. Largely because none of this was actually explained in the fucking movie. https://t.co/lABXlWHImIFebruary 17, 2020

Would Colin Trevorrow’s version of Episode 9 actually have been better?

Anyway, without revisiting every problem the film has, I’ll simply say that I hope you enjoyed The Rise of Skywalker more than I did.

What’s changed in the intervening months is that more and more irritating details about Episode 9 have leaked out: that the Palpatine in this film was actually a clone, and that his son was a failed clone. Finn was apparently Force sensitive, but everyone forgot to mention it in the movie. Some of Rose Tico’s scenes were a casualty of the movie’s attempts to use archive footage of Carrie Fisher, which was not an easy problem for the filmmakers to solve, but they did choose to leave Rose out of the main plot and keep her on the Resistance base. I still don’t know what the point of the Knights of Ren was.

We’ve also heard about the abandoned version of Episode 9 in the last few months, called Duel of the Fates, which filmmaker Colin Trevorrow was working on until he departed the project and JJ Abrams was brought in as director. Trevorrow then confirmed the script leak and subsequent dump of concept art were for real.

In retrospect, it’s not exactly fair to compare this unproduced film to The Rise of the Skywalker. Some details of the script sound better – Kylo Ren is the villain right until the end, Hux kills himself with a lightsaber when the tide of the war turns and there’s no Palpatine at all – but it’s not a finished movie. Abrams’ movie is, as rushed as it feels in places.

And of course Duel of the Fates looks amazing in concept art form: all official Star Wars art looks incredible, because Lucasfilm employs some of the best artists in the world. Pick up the art of Episode I: The Phantom Menace, and you’ll be blown away by the level of imagination on the page from artists like Doug Chiang.

Ultimately, this is the film we’re stuck with, for better or worse.

The Phantom Menace represented the first major post-internet backlash against a movie – and Star Wars has persistently suffered with this ever since. Fans have very polarized opinions of what these movies should be, probably because the nostalgia factor on them is so high.

But that said, the Disney Plus series The Mandalorian did seem to make everyone happy. And that might be because it has none of the baggage that comes with legacy characters or Jedi (Baby Yoda excepted). It was ultimately very simple in the stories it chose to tell, perfect for 30-minute episodes. And fans were left wanting more.

To me, The Rise of Skywalker just isn’t what it could’ve been – a truly great final entry in that trilogy would’ve made the sequel films feel like they really had a purpose, to continue the story but have their own complete character arcs. The Last Jedi is a subversive look at the Jedi and the pitfalls of hero worship, as well as the importance of making your own legacy, rather than being indebted to previous generations. The Rise of Skywalker continues that point with Rey in some ways, but the Palpatine element suffocates the individual greatness of that character which was evident in The Last Jedi, to no real benefit.

The competing answers to the question of Rey’s parentage mirrors the conflict Star Wars has with itself: should we redefine the rules of what Star Wars can be, or are we just telling the same stories from four decades ago over and over again?

Now the Skywalker Saga is over, hopefully the rules of Star Wars can be rewritten.