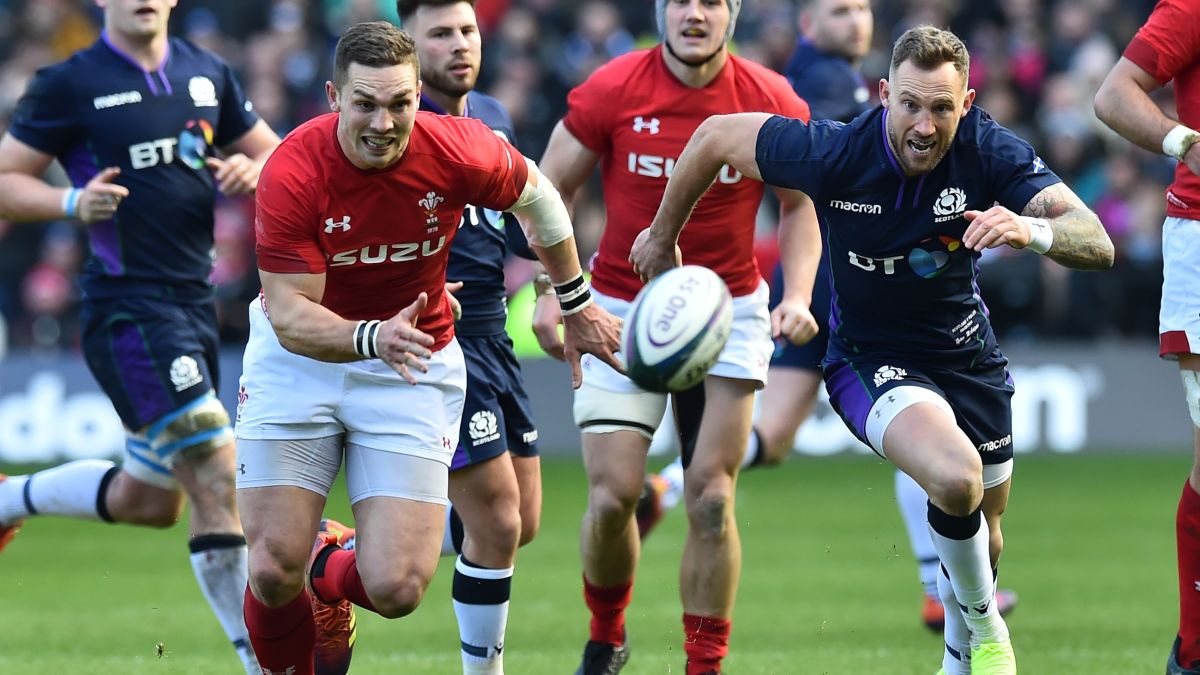 There may be only be pride at stake for both sides today, you can still expect a full-blooded encounter in Cardiff today – don’t miss a moment of the rugby, no matter where you are in the world, with our guide. Here’s how to watch a Wales vs Scotland live stream for the Six Nations 2020.

Home side Wales saw their slender hopes of defending the Six Nations title they won so spectacularly last year evaporate against England at Twickenham last Saturday. It was a third consecutive defeat for Warren Gatland’s side and seems to indicate that some serious rebuilding work is needed if they’re to reestablish themselves as one of the world’s top teams.

Wales vs Scotland – where and when

Wales and Scotland will meet on the field at the Principality Stadium in Cardiff at 2.15pm GMT on Saturday.

That’s an 10.15am PT or 7.15am ET kick-off for rugby fans in the US and Canada, and a 1.15am AEDT start in the early hours of Sunday morning for folk tuning in from Australia.

While the Welsh rallied late on to score 14 points, that was largely off the back of their opponents being reduced to 13 men, so they’ll likely be desperate to give a better account of themselves in front of a home crowd today.

It was a different story entirely for Scotland in the last round of fixtures. Gregor Townsend’s men pulled off the shock of the Six Nations so far by wrecking France’s Grand Slam hopes with a 28-17 win at Murrayfield – and in turn blowing the tournament wide open. The Scots clearly aren’t content with just that result, however, and their starting line-up this week sees Magnus Bradbury, Stuart McInally and Sam Skinner shuffled in.

Today’s showdown in Cardiff is the only match to have survived the coronavirus scare, so if you’re a rugby fan in the UK, you’ll no doubt be relived to hear it will be broadcast free-to-air by the BBC. Our guide explains how to watch the Six Nations  and find a reliable Wales vs Scotland live stream right now.

How to watch the Six Nations for free: Wales vs Scotland live stream details for the UK

All of this year’s Six Nations matches are set be shown live in the UK free-to-air across BBC and ITV channels. Today’s Wales vs Scotland clash will be aired on BBC 1 with coverage starting at 1.45pm GMT ahead of a 2.15pm kick-off.

You’ll need to to have paid your licence fee in order to watch the broadcast, but that’s the law so we’re going to presume you’ve done that!

Not about in the UK on Saturday? No worries – just download and install a VPN and use a UK location to watch live as if you were back in Blighty. Full instructions below.

If you’re abroad and outside of your home country, trying to live stream your regular native broadcaster’s coverage of the Six Nations isn’t likely to be possible, as the stream will be location restricted. Fear not, however, as you’ll still be able to watch all the action by using a VPN.

All you need to do is download and install the software or an app from one of the many VPN services out there that will spoof your computer into thinking that it’s located home. This means you’ll be able to enjoy your home coverage (so long as you comply with the broadcaster’s TS&Cs), without having to hunt around dodgy websites for an illegal stream.

Getting started with a VPN is ridiculously easy – just download, install, open the app and then select the appropriate location.

We’ve tried all of the major VPN services and ExpressVPN is our current pick of the bunch due to its speed, security and simplicity of use. It also offers one of the widest arrays of compatible devices and streaming services (e.g. Amazon Fire TV Stick, Apple TV, Xbox, PS4, etc). It’s easy to see why it comes top in our best VPN countdown.

Better still, ExpressVPN offers a 30-day money back guarantee, meaning you can give it a whirl without any obligations. If you do decide to sign up, subscribing for a whole year will save you 49% off the usual price and you’ll also get 3 months extra absolutely FREE.

Wales vs Scotland live stream: how to watch the Six Nations in Australia

As with almost all Six Nations games, you’ll need to be a (very) early bird to watch the game live in Australia, with kickoff for Wales vs Scotland scheduled for 1.15am AEDT on Sunday morning. The game will be shown via subscription service beIN Sport, which will be showing every game of the 2020 Six Nations. Coverage begins at 1.08am on BeIN Sport 3.

If you’re a Foxtel customer, you can add the service to your package for an extra fee. No worries if you aren’t though as you can also subscribe to beIN as a standalone subscription that can be watched on your laptop, desktop computer or mobile device. That costs $19.99 per month after you’ve taken advantage of a FREE two week trial.

For rugby fans looking to watch the action live from Scotland it’s a 2.15am NZST kick-off. As with Australia, beIN Sport hold the broadcast rights for the Six Nations in New Zealand and will be showing every game live.

Sky subscribers can add the service to their package at an additional cost,. As with Australia, you also have the option of subscribing to a standalone package that can be watched on laptop, desktop or mobile app. It costs $19.78 per month, but you can also try the service for free as beIN Sport offer a FREE two week trial.

The broadcast rights to show the 2020 Six Nations in Canada are exclusive to streaming service DAZN, who will be broadcasting every game live. The online-only platform will be streaming Wales vs Scotland at 10.15am PT or 7.15am.

If you’re not already a DAZN subscriber, you can watch the game for free as the service is currently offering a 30-day FREE TRIAL.

If you’re a rugby fan in the US then NBC has you covered.

The network will be showing every game of the 2020 Six Nations, including Wales vs Scotland via its NBC Sports Gold Rugby Pass service and will be streaming the game live from 10.15am ET or 7.15am PT on the west coast.

Just head to NBC and sign up. The service now costs $79.99 a year, but that does give you live coverage of the Heineken Champions Cup and Gallagher Premiership, as well as the Six Nations.