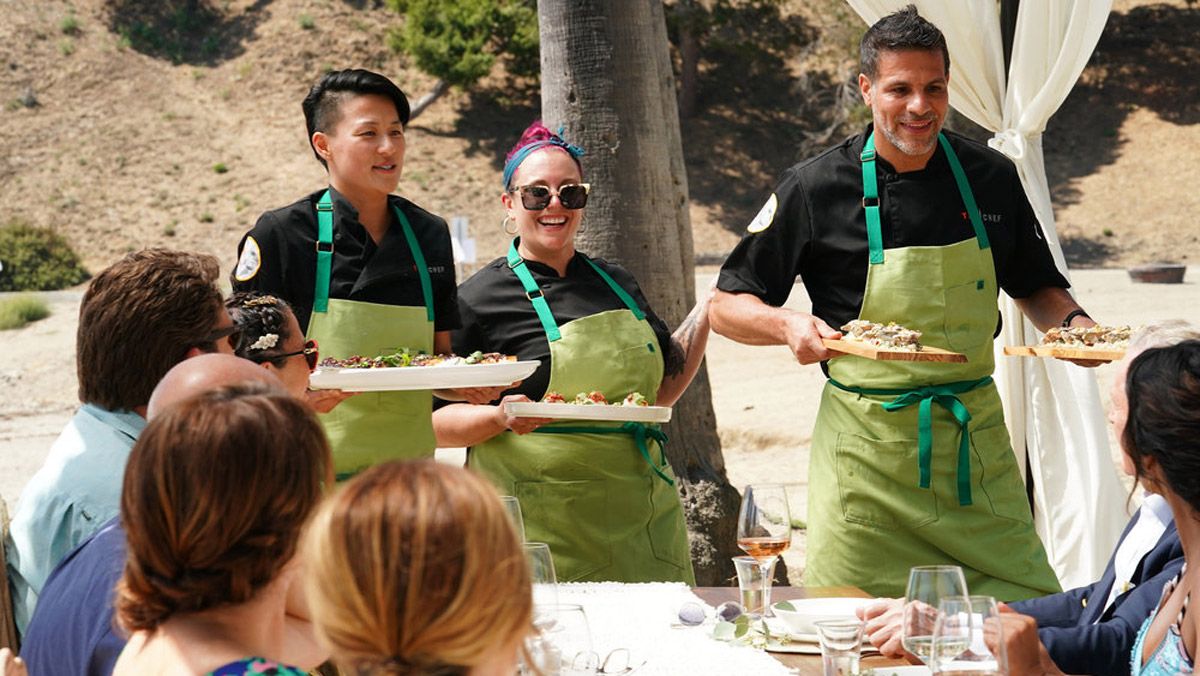 Sharpen your knives, Top Chef is back and season 17 of the popular reality TV show is its biggest ever! This year, an all-star lineup of chefs from previous years are competing for a record $250,000 prize. But they have their work cut out for them, as Ruth Reichl and Marcus Samuelsson are just two of the fierce guest judges Top Chef: All-Stars L.A will feature. Read on and we’ll tell you where to watch Top Chef online wherever you are.

Top Chef 17 fired up on Thursday, March 19. It’s a US reality cooking show that calls Bravo home and airs across the country at the syndicated hour of 10pm ET/PT each week. While Bravo is best known as a cable channel, it’s also easily available to streamers and cord-cutters via services like Hulu, which offers a FREE 1-month trial so you can check it out for yourself.

The chefs will be competing against each other in the usual array of culinary challenges, and as well as gastronomic icons like Reichl and Samuelsson, there’s a host of celebrity guests to look forward to including Kelly Clarkson, Jon Favreau and Ali Wong. As fans of the show will have come to expect, Padma Lakshmi will host the proceedings and regular judges Tom Colicchio and Gail Simmons return for another run.

Nearly every season of Top Chef’s impressive 13-year run is represented by one of this year’s cast members, and they’ll be chopping and plating up in a range of diverse locations that include a museum and the Los Angeles Memorial Coliseum.

In other words, it’s the perfect solution when you’ve binged your way through the best Netflix shows and need something new to tune into as you get your self-isolation on. Watch Top Chef season 17 online easily by following our guide below.

How to watch Top Chef online: stream season 17 in the US

Top Chef: All-Stars L.A. is being aired on Bravo in the US, which is available as part of most cable packages. However, if lengthy commitments aren’t your thing and you prefer to stream content, then Top Chef season 17 is just as easy to watch when it airs at 10pm ET/PT on Thursday nights with one of the following services.

The first we would recommend is Hulu, which offers Bravo as part of its Hulu + Live TV package – a complete cord-cutting solution that gives you access to over 65 TV channels live and on-demand, plus original Hulu content. It costs $54.99 a month, which might seem like a lot but is cheaper than most full-fat cable packages if you think about it. Also, Hulu + Live TV offers a FREE 1-week trial so you can see if it’s right for you, no strings attached.

Cheaper still if you just want to watch Top Chef is Sling TV, whose Blue bundle costs just $30 a month and includes Bravo. You won’t get any original programming, but you will save a few bucks – and can save even more if you opt for the combined Orange and Blue Sling TV package for just $45 a month.

A final option is fuboTV, which also offers Bravo and will give you a free trial.

Should you subscribe to one of these services but find yourself out of the US for whatever reason, you can use clever software like ExpressVPN to watch Top Chef just as if you were at home – here’s how.

How to watch Top Chef online from all over the world

Many streaming services impose geo-blocking restrictions, which means you can’t watch shows like Top Chef as you normally would. However, there’s an easy solution. Downloading a VPN will allow you to stream Top Chef online no matter where you are. This simple bit of software changes your IP address so that you can access episodes live or on demand as they become available, just as if you were lying on the couch.

Once installed, select the location of your home country and simply click connect. You’ll then be able to easily watch Devs from pretty much anywhere in the world.