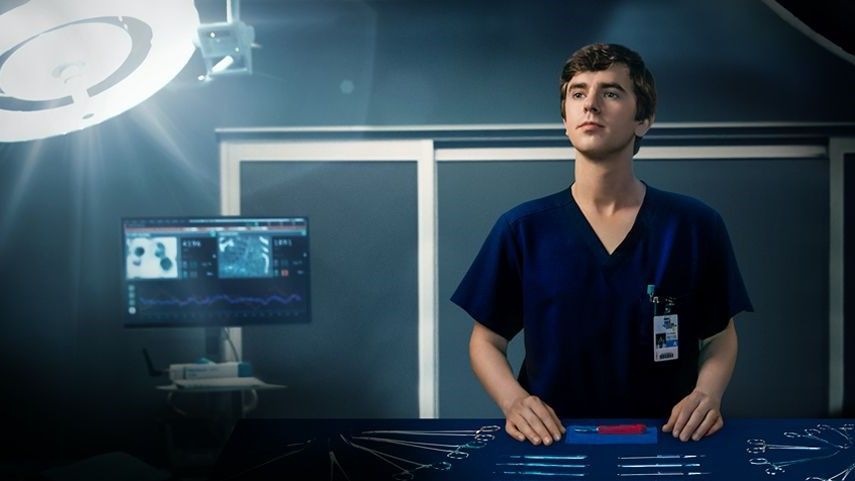 Season 3 of medical drama The Good Doctor is heading for what promises to be a nail-biting conclusion, with Dr. Shaun Murphy finding himself in the midst of a natural disaster.

Split into two weekly parts, the first instalment of the finale sees the city of San Jose rocked by a massive earthquake that puts the staff of St. Bonaventure Hospital on red alert with the lives of colleagues and friends at stake.

The two-parter is likely to be one of the most talked about TV events of the season, so read on to find out how to watch The Good Doctor online from pretty much anywhere in the world.

Season 3 of the The Good Doctor began airing in the US on ABC back in September last year. The part one of the season finale will be aired at 10pm ET/PT on Monday March 23, with the final episode set to go out at the same time next week (March 30).

Among those in jeopardy during the quake are Dr Neil Melendez and Dr Aaron Glassman, who are attending a charity event when the tremors hit.

Meanwhile, Shaun’s former flatmate and love interest Lea finds herself trapped in a building on the verge of collapse, prompting him to set out on a dangerous search-and-rescue mission.

With ABC strongly hinting that a key member of the cast is set to loose their life in the disaster, the finale isn’t something any self-respecting fan of the show will want to miss.

With that in mind, here’s how to watch The Good Doctor and stream the season 3 finale online from all corners of the globe.

How to watch The Good Doctor in the US

If you have cable you can tune in to the two-part Season 3 finale on ABC from 10pm ET and PT or 7pm CT on Monday the 23 and 30 March. ABC also has a free online platform where you can watch live episodes or re-watch previous instalments from the current season, but you may need to enter your cable provider details first.

Alternatively, there are a slew of TV streaming services that should give you access to ABC programming. Each platform comes with a free trial period, usually of around 7-days:

How to watch The Good Doctor from outside your country

If you’re looking to tune into the conclusion of season 3 of The Good Doctor, but find yourself stuck abroad, you might worry that you’ll be unable to watch the show using your normal streaming service, due to pesky geo-blocking restrictions.

Fortunately, there’s an easy solution. Downloading a VPN will allow you to watch The Good Doctor no matter where you are. This simple bit of software changes your IP address so that you can access episodes live or on demand as they become available, just as if you were lying on the couch munching your favorite takeout.

Once installed, select the location of your home country and simply click connect. You’ll then be able to easily watch The Good Doctor from pretty much anywhere in the world.

Can you watch The Good Doctor in the UK?

The Good Doctor Season 3 is being broadcast through Sky Witness in the UK, which means you can watch it all as it unfolds using a Now TV subscription.

Pick up the Now TV Entertainment Pass for £5.49 a month for four months or six months for just £31.99 right now, saving you 40% on your streaming. Usual monthly rates are £8.99, and you’ll be paying that on a rolling basis if you choose to take advantage of the 7-day free trial.

New episodes of the show go out on Tuesday’s at 9pm on Sky Witness, however the airings are a bit behind the US, with the first episode of the two-part finale set to air on March 31.

And remember, if you’re away from the UK and still want to watch via Sky or that Now TV FREE trial, then you can take advantage of that VPN route as described above.

How to watch The Good Doctor in Australia

The great news for Aussie fans of the show is that Season 3 is being shown free to air on Seven Network with new episodes being aired almost in tandem with the US on Tuesday evenings.

Better still, all episodes will be available live online for viewers in Australia to stream via the network’s 7Plus streaming service

Fans in Canada are in luck as CTV Is currently showing Season3 of the show at the same time as their US neighbours on Mondays at 10/8MT.

If you’re looking to stream the show, then head to the network’s website , however  you will have to select your TV service provider and sign in with your CTV account.