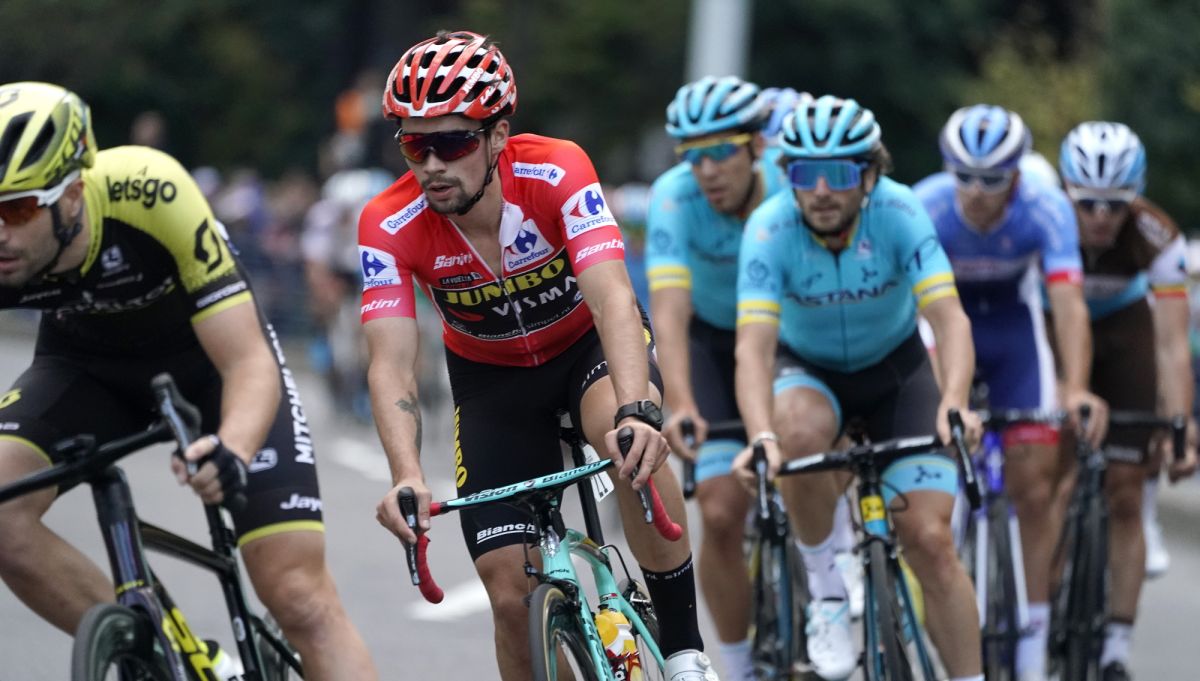 The Paris-Nice cycling tour is back for 2020, meaning eight days of the professional race to enjoy, crossing some of the beautiful sites of the Côte d’Azur. This race isn’t known as the Race to the Sun for nothing – it’s a beauty. And you can watch it all using a Paris-Nice live stream.

The Paris-Nice eight-stage race is in its 78th year. The course will run a total of 1,206 km starting in Plaisir and ending in, you guessed it, Nice. As the race gets closer to Nice the hills become more intense with the hill climbers coming into their own in these stages. The first three days are relatively flat but the penultimate stage has a 15km ascent with a 7.3% gradient up the Turini Pass.

This is all part of the UCI World Tour, it’s second race of the season, in fact. So expect lots of big name riders and teams to be in attendance. It was actually this race which led to the rule of UCI riders being required to wear helmets at all times, following the death of Andrey Kivilev after a head injury sustained in a crash.

Last year saw Columbian Egan Bernal take victory for Team Sky. In 2018 it was Movistar’s Spaniard Marc Soler who won it. The three years preceding that saw Team Sky win with Colombia’s Sergio Henao in 2017, Geraint Thomas from Great Britain in 2016 and Australian Richie Porte in 2015.

Despite having the most wins, with 21, France hasn’t had a Frenchman win since 1997. Could this be the year? You can watch and find out by using a Paris-Nice live stream anywhere in the world. Read on to find out how to watch where you are.

Live stream Paris-Nice 2020 from outside your country

We have details of all the UK, US and Canada broadcasters further down this guide. The good news for cycling fans in France and Australia is that it’s on free-to-air TV. This will be shown on France 3 and SBS respectively.

If you’re obsessed by watching the cycling and refuse to miss a stage – even when you’re away on business or on holiday – then you’ll be disappointed to see your domestic coverage geo-blocked when you try to stream online from abroad. That’s where utilising a VPN (Virtual Private Network) really helps. It lets you virtually change the ISP of your laptop, tablet or mobile to one that’s back in your home country. Thus letting you watch as if you were back there.

They’re surprisingly easy to use and have the double benefit of giving you an extra layer of security as you surf the web. There are lots of options, and we’ve tested loads of them – our #1 pick is ExpressVPN due to its speed, security and sheer simplicity to use. We also love that it can be used on so many operating systems and devices (e.g. iOS, Android, Smart TVs, Fire TV Stick, Roku, games consoles, etc).

Sign up for ExpressVPN now and enjoy a 49% discount and 3 months FREE with an annual subscription. Or give it a try with its 30-day money back guarantee.

Or read more with our pick of the best VPN services out there today.

How to stream Paris-Nice 2020 live in the UK

This year Eurosport will have coverage of the Paris-Nice 2020 race. That means live coverage of the races on Eurosport 1 which can be watched on TV or on smart devices. The only catch is that it’s not free, so you’ll have to grab the standalone Eurosport Player to watch on laptop or mobile (£6.99 a month or £39.99 for the whole year) or get it added to your Sky, Virgin or BT TV plan.

Of course, if you’re away, you do have the option of using one of our best VPNs as described above. Set your location back to England and watch Eurosport like you were home.

The great news for Aussie cycling fans is that all the action from the Paris-Nice 2020 is set to be broadcast on SBS.

Don’t worry if you’re out of the country and want to catch that SBS broadcast – using a VPN will let you watch as if you were back at home on your laptop, mobile or other TV streaming device.

How to watch Paris-Nice 2020: US live stream

Paris-Nice 2020 is being aired by NBC Sports Gold in the US. This will be streamed online so if you have the app then you can enjoy it anywhere. However for those that don’t have access to this stream there are other options.

For the most extensive coverage NBC has to offer, you can subscribe to NBC Sports Gold, which is offering a Cycling Pass for $54.99, delivering live, on-demand and commercial free coverage of the Tour.

If you’re out of the US but still want to watch, then don’t forget to explore the VPN route above.

Canadians will be able to get in on Paris-Nice 2020 action via FloBikes which streams online so you can watch from anywhere.

A monthly subscription will cost you $30 while a yearly account will set you back $150 ($12.50 per month), which will give you access to coverage of major cycling events throughout the year.

Not in Canada to catch that Flobikes stream? Well you know the answer by now…using a VPN is the way to make sure you don’t miss a moment.