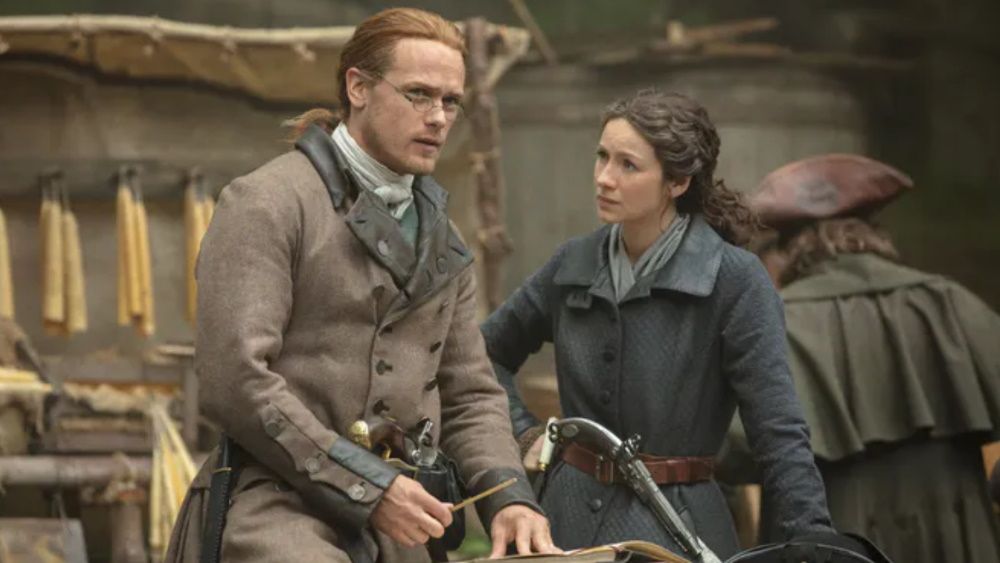 Fans of time-travel fantasy, romance and epic battle scenes rejoice – season 5 of Outlander is here. With a whole new series of episodes to gorge on, check out our guide below to find out how to watch Outlander online from pretty much anywhere in the world.

Produced by the Starz network, Outlander is now in its fifth season. Episode 1 of the new 12-part series premiered in the US on February 16, 2020, with the final instalment of this run set to air on Starz on May 3, 2020. A sixth season of the show has already been commissioned by the network.

The historical drama television series is based on the novel series of the same name by Diana Gabaldon and follows the story of an English nurse called Claire Randall (Caitriona Balfe) in World War II, who mysteriously finds herself having travelled back in time to 1743.

The season of Outlander is one of the most widely anticipated Starz shows during the spring season, and there’s now a big chunk of episodes for you to power through. With that in mind, here’s our guide to watching an Outlander season 5 stream online from all corners of the globe.

How to watch Outlander in the US

As mentioned above, Outlander has been produced by the Starz network which will be showing the new season exclusively in the US. New episodes are being released on the service every Sunday with the final episode of this run set to be made available on May 3.

Starz is a premium cable and satellite offering that boasts first-run original television like American Gods and Power alongside a big helping of Hollywood movies that are just out of the theater.

Or watch Outlanders without cable

If you’re looking to cut the cord from cable, you have a couple of alternative options for streaming the service.

You can get a subscription directly from the company and stream through its app and website, with support for Kindle Fire devices, iOS, Android, Roku, Apple TV, Android TV, Xbox One, select Sony and Samsung smart TVs, and computer browsers.

A number of other online service offer Starz as an add-on, such as Sling TV, Amazon Prime and AT&T Now.

Hulu, meanwhile, offers a selection of Starz programming with a standard Hulu subscription, available either without ads ($11.99/month) or with ads ($5.99/month) – for full access to all Hulu programming you’ll however need Hulu with Live TV which costs costs $54.99 per month

Hulu also lets you add on other additional channels to its core service – everything from HBO and Showtime to Spanish-language networks – so it really is a legit alternative to cable and a cord-cutters dream.

How to watch Outlander from outside your country

The latest season of Outlander is appearing on peope’s screenswhen people are desperate for something new to watch. If you’re looking to get stuck in but find yourself stuck abroad in the lockdown, you might worry that you’ll be unable to watch show using your normal streaming service, due to pesky geo-blocking restrictions.

Fortunately, there’s an easy solution. Downloading a VPN will allow you to watch Outlander no matter where you are. This simple bit of software changes your IP address so that you can access episodes live or on demand as they become available.

Once installed, select the location of your home country and simply click connect. You’ll then be able to easily watch Outlander from pretty much anywhere in the world.

Watch Outlander Season 5 in the UK

Amazon Prime Video is your port of call for those looking to get their fix of time-travelling drama. The service nicked the UK rights for Outlander from Netflix a while back and currently has every episode of Season 4 available in its entirety to stream for subscribers who need a recap. The service will be rolling out new episodes from season 5 almost in tandem with the US, with new shows being made available on Monday mornings.

A year’s subscription costs £79 a year or £7.99 a month, however Amazon offers a 30-day free trial to those signing up to the service for the first time.

Can you watch Outlander in Australia?

There’s good news for fans of the show Down Under. Along with a load of other top shows, Outlander season 5 is shown on Foxtel, with the series airing every Monday at 7.30pm AEST. This means Foxtel subscribers can easily watch the show wherever there are, thanks to the Foxtel Now streaming service.

In fact, you don’t even need to sign up for a full Foxtel cable package to take advantage of this great value Aussie streaming service. Foxtel Now is available on a standalone basis from just $25 and it even offers a FREE 10-day trial so you can see if it’s right for you.

If you happen to be going abroad and are worried that geo-blocking will stop you from watching shows like Outlander with Foxtel Now like you normally would back home, don’t worry – just use a VPN to point yourself back to Australia and you’ll be able to stream as usual.

How about streaming Outlander in Canada

Outlander fans hoping to watch the show in Canada are in luck.

Outlander Season 5 is being shown exclusively in the region on the W Network. Each new episode airs at 9pm ET, the same time as it’s shown in the US.

In order to watch online, navigate to the official W website and log in with your TV provider.