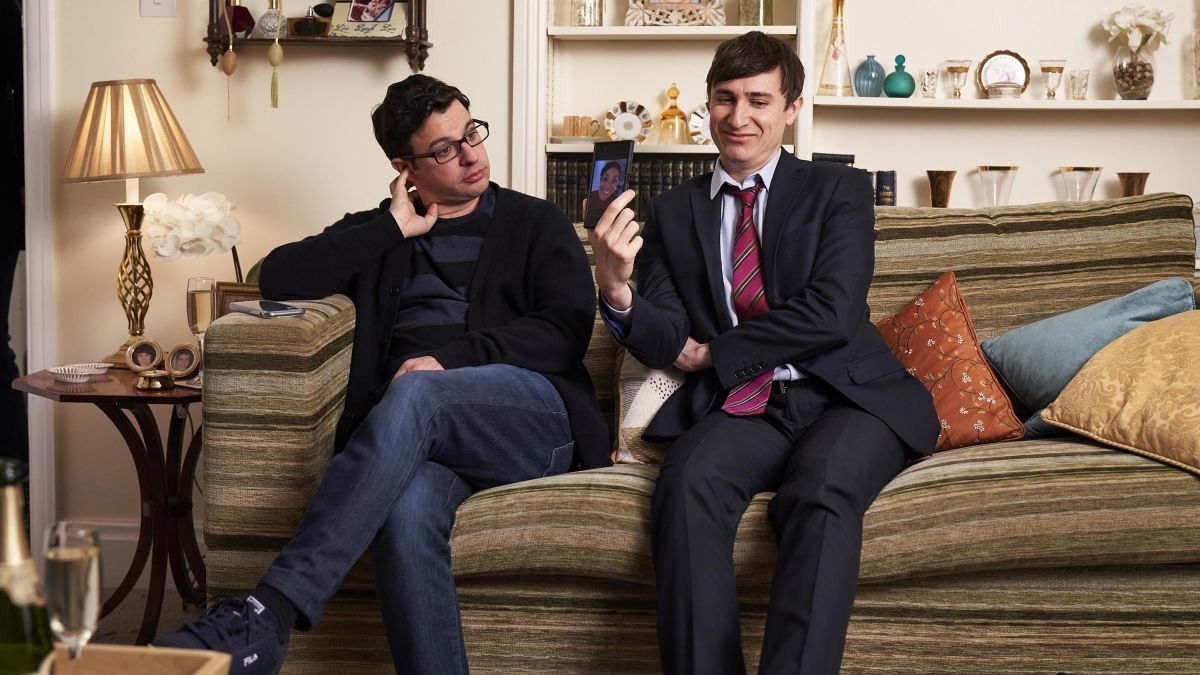 It’s back! Madcap sitcom Friday Night Dinner returns to the screens this Friday for a much needed blast of chaotic laughs.

As ever, the show centres on eccentric Jewish family the Goodmans and sons Jonny (Tom Rosenthal) and Adam (Simon Bird) traditional weekly visits to the suburban London family home for dinner with parents Jackie (Tamsin Greig) and Martin (Paul Ritter). Something inevitably goes wrong each week and dinner never gets eaten – with their weird neighbour Jim (Mark Heap) often the source of blame.

Its a show that can be relied upon to deliver silly giggles – something thats much needed in these uncertain times – so read on to find out how to watch Friday Night Dinner online from pretty much anywhere in the world.

The Goodman family made their debut on UK TV screens back in 2011 and this new season is the sixth series of the show.

The opening episode of the new season airs on March 27 in the UK and will be followed by a further five episodes during this run.

The new series brings with it a wide range of new disasters to befall the Goodman family, including Martin’s ill-fated purchase by of an inexplicably awful caravan that Jackie refuses to step foot in, while hapless neighbour Jim has a grim clean up to contend with after his house is flooded with raw sewage.

Tracy Ann Oberman and Rosalind Knight both reprise their roles as Aunty Val and Horrible Grandma, however one familiar face that won’t be returning is Jim’s dog Wilson, who passed away in the tea-jerking season 5 finale.

Writer Robert Popper has promised the series will be more intense, and with Jonny and Adam both having new girlfriends, expect some even more awkward encounters between the brothers and their parents.

Read on to find out how to watch Friday Night Dinner and stream the new series online from all corners of the globe.

How to watch Friday Night Dinner in the UK

The long-running show is produced by Channel 4 and therefore the new series is exclusive to the station and its on-demand streaming platform All4 in the UK.

The opening episode is set to be aired at 10pm on Friday March 27 at 10pm and new episodes follow every week on the channel.

That means that it’s completely free to watch Friday Night Dinner or stream it online in the UK, provided you’ve got a valid TV license.

If you’re currently out of the UK for whatever reason and can’t access your usual streaming service, remember you can always just grab a VPN and point yourself back to Blighty to watch your favourite shows as usual.

How to watch Friday Night Dinner from outside your country

Friday Night Dinner is all set to be rolled out at a time when people are desperate for something new to watch. If you’re looking to get stuck in but find yourself stuck abroad in the lockdown, you might worry that you’ll be unable to watch show using your normal streaming service, due to pesky geo-blocking restrictions.

Fortunately, there’s an easy solution. Downloading a VPN will allow you to watch Friday Night Dinner no matter where you are. This simple bit of software changes your IP address so that you can access episodes live or on demand as they become available, just as if you were lying on the couch munching your favorite takeout.

Once installed, select the location of your home country and simply click connect. You’ll then be able to easily watch Friday Night Dinner from pretty much anywhere in the world.

How to watch Friday Night Dinner in the US

While season’s one through to four are currently available on demand in the US via streaming service Hulu, American fans of the show are still waiting for season five to be made available on the platform.

Hulu plans are available from just $5.99 a month that will allow you to watch Little Fires Everywhere. For the ultimate value, though, bag a Hulu, Disney+ and ESPN+ bundle for just $12.99 a month, allowing you watch loads of great content as well as live sports (when they’re eventually on again).

Plus, Hulu lets you add on additional channels to its core service – everything from HBO and Showtime to Spanish-language networks – so it really is a legit alternative to cable and a cord-cutters dream.

A final benefit of Hulu is you can watch it on nearly anything, with the Hulu app available for: Android and iOS devices, Apple TV, Chromecast, Amazon Echo Show and Fire TV devices, select smart TVs and Android TVs, Nintendo Switch, PlayStation, Xbox, Mac, PC and Roku streamers.

If you’re desperate to see the Goodman family’s latest collection of calamities and want to watch in tandem with audiences in the UK, you’re only alternative is to grab a VPN as mentioned above and sign up to All4.

Can you watch Friday Night Dinner in Australia?

ABC has a track record of being the home Down Under of Friday Night Dinner, but as yet there’s no confirm Aussie broadcaster for Season 5.

As with the US, if you’re desperate to see the show at the same time as UK audiences, you’re only option is to grab a VPN and sign up to Hulu.

How about streaming Friday Night Dinner in Canada

Its unfortunately the same story for Canadian TV drama fans – there are currently no confirmed broadcasters of Friday Night Dinner in the region.