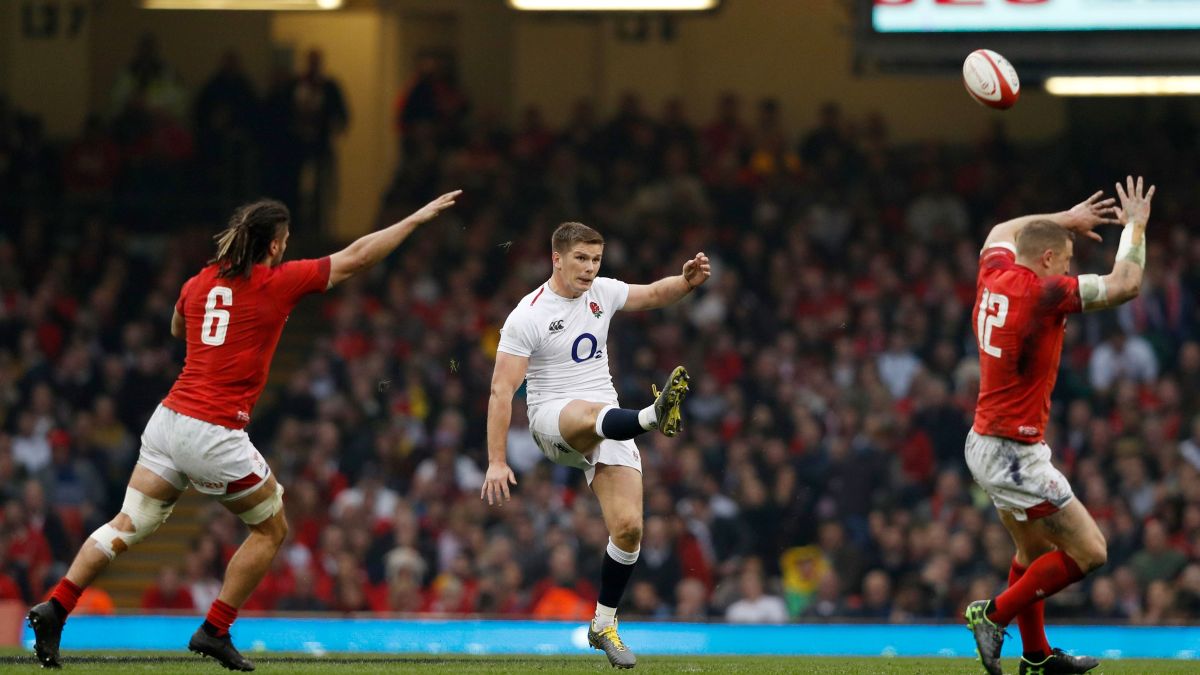 With the home side looking to keep the pressure on France at the top of the Six Nations table, Saturday’s match at Twickenham looks set to be an absorbing clash – don’t miss a minute by following our England vs Wales live stream guide and watch the Six Nations rugby from wherever you are today.

England vs Wales – where and when

This Six Nations clash takes place today (Saturday, March 7) at Twickenham Stadium in London. Kick-off is at 4.45pm GMT. If you’re looking to watch the match in the US or Canada, it’s an 11.45am ET start, which is 8.45am PT. For Aussie rugby fans, set your clock to 3.45am AEDT on Sunday morning.

England appear to have put their lacklustre start to the tournament behind them, with a superb performance to beat Ireland 24-12 in their last Six Nations match doing much to erase memories of an opening day defeat against France.

Wales have disappointed by their standards, with last year’s Six Nations and Grand Slam winners suffering back-to back defeats against Ireland and France.

With their chances of retaining the Six Nations now almost gone, the Welsh will be trying to draw some positives out of their campaign – and preventing England from winning a first triple crown since 2016 would be just the ticket.

Fly-half Dan Bigger and Scarlets star Liam Williams have both been declared fit for the Welsh, while Eddie Jones’ England side will be without Saracens star Mako Vunipola as a precaution over his potential exposure to the coronavirus.

It looks set to be a tight affair at Twickenham and you can watch the Six Nations 2020 clash in its entirety – in some places for free – by following our England vs Wales live stream guide below.

The fantastic news for rugby fans in the UK is that every Six Nations match this season will be shown free-to-air across the BBC and ITV’s channels. England vs Wales clash will be broadcast on ITV1 with coverage starting at 4pm GMT this Saturday.

If you’re trying to watch online (either live or on catch-up) then you can get access via the ITV Hub mobile app. Alternatively, just head to an online streaming TV service such TVPlayer.com, which has all of the UK’s freeview channels (including ITV) in one place. This means you can enjoy the match on TV, computer, tablet and smartphone for free if you’re in the UK.

Not in the UK this weekend? Not a problem – simply download and install a VPN and use a UK location to watch live as if you were back home. Full instructions below.

If you’re away from home and outside of your home country, then you’re going to run into problems when trying to stream coverage of Six Nations fixtures like England vs Wales from your native broadcaster, as it’s likely to be location restricted.

Thankfully, you can still watch all the action – all you need to do is make use of a VPN. Simply download and install the software or an app from one of the many VPN services out there. These will spoof your computer into thinking that you’re in your home nation, allowing you to enjoy your regular broadcaster’s coverage (so long as you comply with the broadcaster’s Ts&Cs). So no need to search the internet for a link to a dodgy stream from a suspect website.

Setting up a VPN is an incredibly easy process – it’s just a matter of downloading, installing, then opening the app, From there all you need to do is select the appropriate location of the broadcast you’re looking to watch.

We’ve put each of the major VPN services through rigorous testing and ExpressVPN is our current #1 pick thanks to its security, speed and ease of use. On top of all that it also offers a wide array of compatibility with different devices and streaming services (e.g. Amazon Fire TV Stick, Apple TV, Xbox, PS4, etc). It’s easy to see why it comes top in our best VPN countdown.

The cherry on the top is that ExpressVPN offers a 30-day money back guarantee, so you can try it out without any obligations. If you do decide to sign up, taking out a year’s subscription will save you 49% off the usual price plus you’ll also get 3 extra moths of service on top for FREE.

Subscription service beIN Sport has exclusive rights to show all of this year’s Six Nations matches in Australia, so England vs Wales is on BeIN Sport 3, with coverage beginning at the rather precise time of 3.38am AEDT.

If you’re a Foxtel customer, you can add the service to your package for an extra fee. If you aren’t, there’s also the option of subscribing to beIN as a standalone subscription that can be watched on your laptop, desktop computer or mobile device. That costs $19.99 per month – but you can also take advantage of a FREE two week trial of the service.

How to watch England vs Wales in New Zealand

For rugby fans looking to watch the action live from Twickenham, it’s a 4.45am NZST kick-off. As with their Aussie neighbours, beIN Sport hold the broadcast rights for the Six Nations in New Zealand and will be showing every game of the tournament live.

Sky subscribers can add the service to their package at an additional cost, but there’s also the option of subscribing to a standalone package that can be watched on laptop, desktop or mobile app. It costs $19.78 per month, but you can also try the service for free as beIN Sport offer a FREE two week trial.

Streaming service DAZN hold the broadcast right for the tournament in Canada.

They’ll be showing every game live on their online platform, including England vs Wales, which has a 8.45am PT or 11.45am ET kick-off time.

If you’re not already a DAZN subscriber, then you can take advantage of their 30-day FREE TRIAL and enjoy the match without paying a cent.

Rugby fans in the States will need to head to NBC to get their fix of rucks, tackles and mauls.

The network is set to show every match of this season’s Six Nations, including England vs Wales via its NBC Sports Gold Rugby Pass service and will be streaming the game live from 8.45am PT, which is 11.45am ET.

All you need to do is head to NBC  and sign up. The service is priced at $79.99 a year, but that also includes access to the Heineken Champions Cup and the Gallagher Premiership, as well as the Rugby’s Greatest Championship.