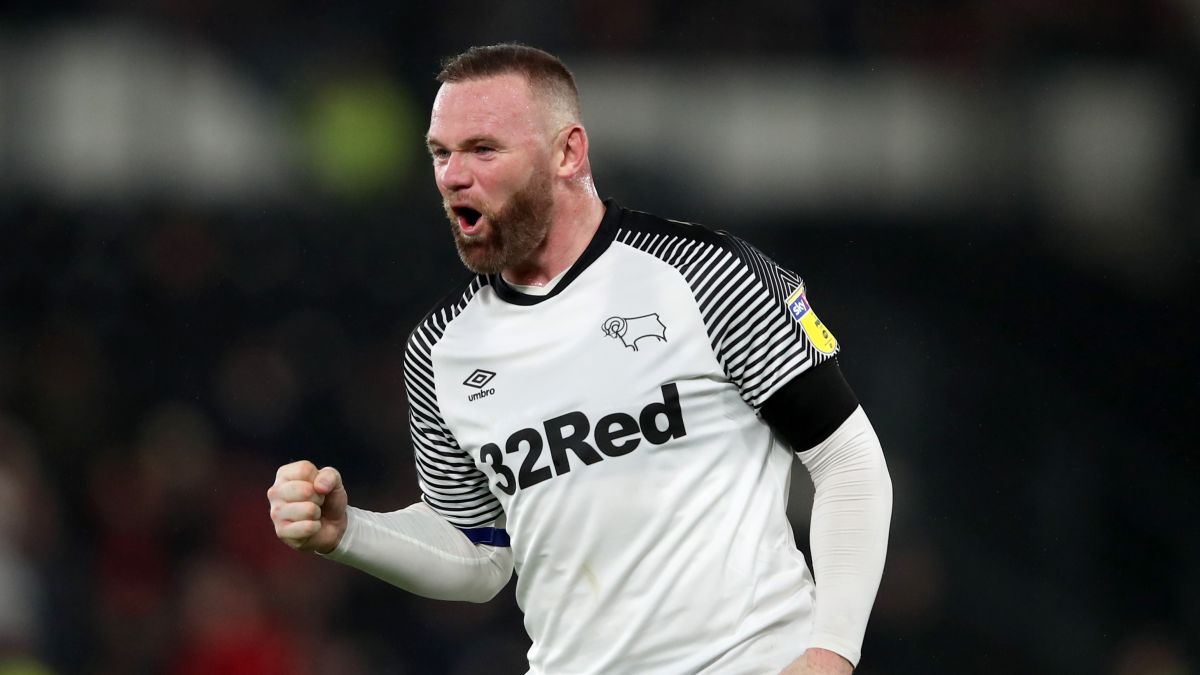 There’s no doubt as to this game’s big talking point – former Red Devil Wayne Rooney returning to face his old club in an FA Cup 5th round showdown. Don’t miss a moment of the action with our Derby County vs Manchester United live stream guide.

Now 34, Rooney has been in vintage form for Derby, playing in a deep-lying midfield role since rocking up at Pride Park back in January. Today, he’ll be looking for his biggest result to date as player-coach of the Championship side, as they look to pull off a shock win against their storied Premier League opposition.

Derby vs Man United – where and when

This 5th FA Cup showdown will take place at place at Pride Park Stadium – home of Derby County football club. The game kicks off at 7.45pm GMT, which is 2.45 pm ET / 11.45am PT in the US, and an early 6.45am AEDT start in Australia on Friday morning.

In fact, while Rooney and United may have had a less than acrimonious divorce, the former Everton and DC United star’s man-of-the-match performance for United in the 2016 FA Cup final against Crystal Palace helped the Red Devils to their last triumph in the competition.

The two teams last met in a memorable Carabao Cup 3rd round clash last season, which saw the Rams pull off a shock win at Old Trafford on penalties.

Man Utd come into this evening’s tie having not lost since January, their revitalisation down partly to the signing of midfielder Bruno Fernandes. Nevertheless, Ole Gunnar Solskjaer men weren’t at their best at the weekend, when they were fortunate to come away with a 1-1 draw away at Everton in the Premier League.

Home side Derby County have been in indifferent form in recent weeks, but the Rams have solid momentum going into today’s game after they notched a convincing 3-1 away win against Sheffield Wednesday at the weekend.

However, Derby boss Philip Cocu has a number of key players out injured, with both Tom Huddlestone (hamstring) and Duane Holmes (ankle) definitely missing and Ikechi Anya (calf) doubtful. On the other side of the pitch, Welsh wing wizard Daniel James is a major doubt for Man United.

We’ll talk you through the best ways to watch the action in the UK and the rest of the world below, so you can ensure you can easily live stream Derby vs Man United.

Live stream Derby vs Man United from outside your country

In the US? Then keep scrolling, as we have your viewing options below…spoiler alert, you’ll need an ESPN+ subscription. And footy fans in the UK, Canada and Down Under can also see who’s broadcasting there.

But if you’re abroad for the game and find that you can’t watch your home coverage online because it is geo-blocked, we have a handy alternative to allow you to watch as if you were back on your sofa.

BT Sport once again secured live broadcast rights in the UK to the lion’s share of this season’s FA Cup, including this match. It’ll cost you just £10 a month to subscribe if you’re already a BT landline or broadband customer, but this price increases to £16 a month if you have Sky TV with BT Broadband. Similarly, if you have Sky TV and TalkTalk TV and don’t have BT Broadband, this cost rises to £29.99.

If you’re looking to stream the game, the BT Sport app or BTSport.com is where you need to go, enabling mobile, tablet and PC viewing. You’ll find the best deals with our dedicated BT Sport offers and packages guide.

And now BT has finally introduced a standalone BT Sport Monthly Pass, that let’s you pay £25 regardless of what other subscriptions you have.

Coverage starts at 7pm on BT Sports 1, and will also be broadcast on the new BT Sport Ultimate channel, which will show the game in glorious HDR and 4K, along with Dolby Atmos sound.

If you’re BT Sport subscriber but find yourself outside the UK this Sunday then you’ll need to download a VPN and follow the instructions above to live stream the action.

How to watch the FA Cup: live stream Derby vs Man United in the US

It only costs $4.99 per month and allows you to watch online as well as via its mobile app and TV streamer apps on the likes of Apple TV, Amazon Fire TV, Roku, PS4 and Xbox.

How to watch Derby vs Man United in Australia

ESPN has once again manged to bag the rights to show the FA Cup Down Under, so ideal if you already subscribe to its suite of channels.

If not, you could choose Kayo Sports. The Kayo Sports Basic Package costs $25 per month and allows users to stream across two devices simultaneously. Alternatively, the service also offers a Kayo Sports Premium Package, which provides three concurrent streams for $35 per month.

Their apps mean you can access this from your chosen device wherever you are (although you’ll need a VPN if you’re taking that abroad).

How to live stream Derby vs Man United in Canada

SportsNet World is the channel to head to if you’re looking to watch the match in Canada. While they may have lost the rights to Premier League football in the region to DAZN, a Sportsnet subscription currently costs $19.99 per month and will give you live access to NBA, NFL, NHL and MLB games. If all you’re interested in is the weekend’s FA Cup action then the service also offers a 7-day pass for $9.99.