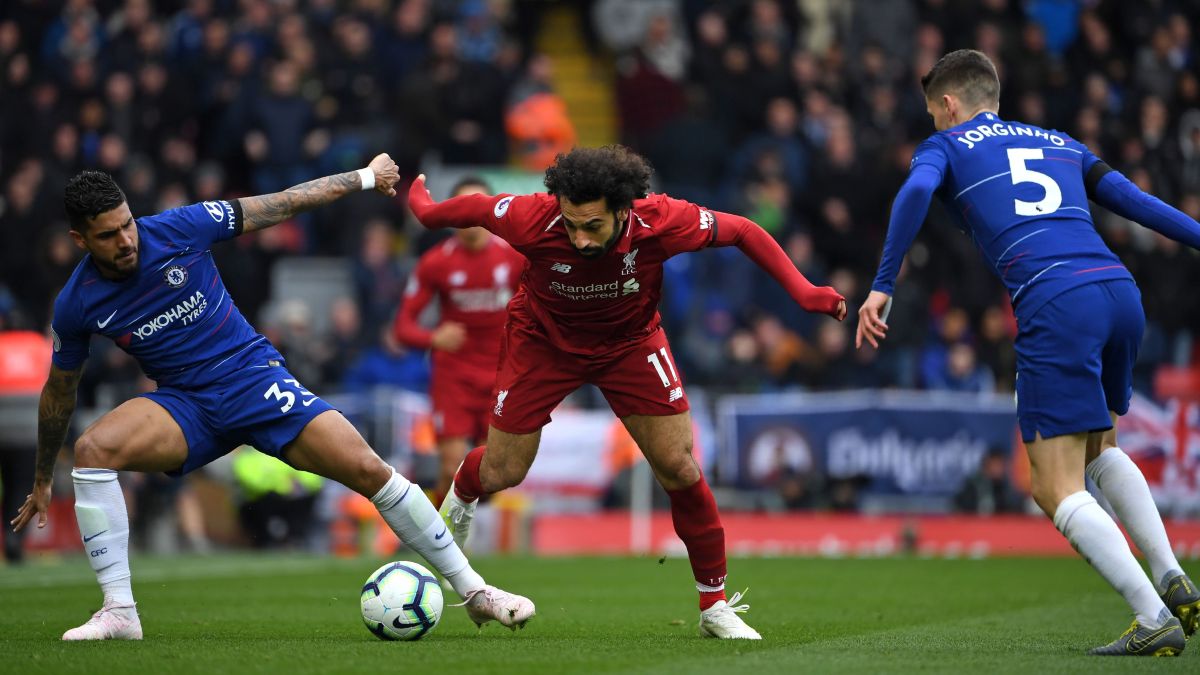 With Jurgen Klopp’s men having seen their unbeaten league run end at the weekend, the Reds will want to return to winning ways at Stamford Bridge in today’s crunch FA Cup 5th round tie – don’t miss a moment and watch all the action as it happens with our Chelsea vs Liverpool live stream guide.

The Merseyside club have looked decidedly fallible in recent weeks, with Saturday’s 3-0 defeat to Watford coming after narrow wins over relegation battlers Norwich and West Ham in the Premier League. Diego Simeone’s Atletico Madrid also got the better of Liverpool in the Champions League, so the pressure could finally be getting to the Reds as we reach the business end of the season.

Hosts Chelsea have also been experiencing a sticky patch. The Blues played out a disappointing 2-2 draw away at Bournemouth over the weekend having been thrashed 3-0 by Bayern Munich mid-week in the Champions League. In fact, they’ve gone eight games without a clean sheet and have let in at least two goals in five of their last seven matches.

Chelsea vs Liverpool FA Cup 5th round – where and when

This FA Cup 5th round fixture will take place at Stamford Bridge in west London. The game kicks off at 7.45pm GMT in the UK (where it’s free on the BBC). That’s 2.45 pm ET or 11.45am PT in the US, where an ESPN+ subscription is necessary to watch Chelsea vs Liverpool in the FA Cup today. Those in Australia have a 6.45am AEDT start to look forward to on Wednesday morning.

With a raft of injuries, Blues boss Frank Lampard will be playing something of a second string out of necessity, with Christian Pulisic, N’golo Kante, Callum Hudson-Odoi, and Tammy Abraham all unavailable due to injury. In addition, Jorginho is suspended, so it will be interest to see how Chelsea’s starting XI takes shape.

Liverpool boss Jurgen Klopp has used the tournament thus far as an opportunity to rotate his squad and will likely do so again here, despite Sunday’s shock result. Can Liverpool keep their treble bid on track, or will Lampard’s Chelsea end another Red run? They did just that the last time the two sides met in the competition – the 2012 FA Cup final, which Chelsea won 2-1 thanks to a match-winning goal from club legend Didier Drogba.

We’ll talk you through the best ways to watch the FA Cup 5th round action in the UK and the rest of the world below, so you can ensure you can find a Chelsea vs Liverpool live stream that’s reliable and easy to access.

Chelsea vs Liverpool free live stream: watch the FA Cup 5th round in the UK

The BBC will be hosting the FA Cup action with coverage starting at 7.30pm GMT. You’ll be able to watch it live on TV, through the BBC iPlayer app or online with the iPlayer live stream. You’ll have to have a valid TV license if you want to watch the match in the UK, but assuming you have one, it’s free to live stream Chelsea vs Liverpool tonight with these options. There’s also the BBC Sport website that will be showing the whole game using BBC One coverage as its basis.

Out of the UK today? Try to watch the game from abroad and you’ll find that the BBC coverage has been geo-blocked. But that doesn’t mean you can’t watch – you could download and install a VPN service, which will help you to make your laptop or mobile appear like it’s back in the UK…

In the US? Then keep scrolling, as we have your viewing options below…spoiler alert, you’ll need an ESPN+ subscription. And footy fans in Canada and Australia can also see who’s broadcasting today’s big FA Cup 5th round match for them.

But if you’re abroad for the game and find that you can’t watch your home coverage online because it is geo-blocked, we have a handy alternative to allow you to watch as if you were back on your sofa.

How to watch Chelsea vs Liverpool: live stream the FA Cup in the US

It only costs $4.99 per month and allows you to watch online as well as via its mobile app and TV streamer apps on the likes of Apple TV, Amazon Fire TV, Roku, PS4 and Xbox.

How live stream Chelsea vs Liverpool in Australia

ESPN has once again manged to bag the rights to show the FA Cup down under, so that’s ideal if you already subscribe to its suite of channels.

If not, you could choose Kayo Sports. The Kayo Sports Basic Package costs $25 per month and allows users to stream across two devices simultaneously. Alternatively, the service also offers a Kayo Sports Premium Package, which provides three concurrent streams for $35 per month.

Their apps mean you can access this from your chosen device wherever you are (although you’ll need a VPN if you’re taking that abroad).

How to live stream Chelsea vs Liverpool in Canada

SportsNet World is the channel to head to if you’re looking to watch today’s Chelsea vs Liverpool 5th round FA Cup clash in Canada. While they may have lost the rights to Premier League football in the region to DAZN, a Sportsnet subscription currently costs $19.99 per month and will give you live access to NBA, NFL, NHL and MLB games. If all you’re interested in is this week’s FA Cup action then the service also offers a 7-day pass for $9.99.