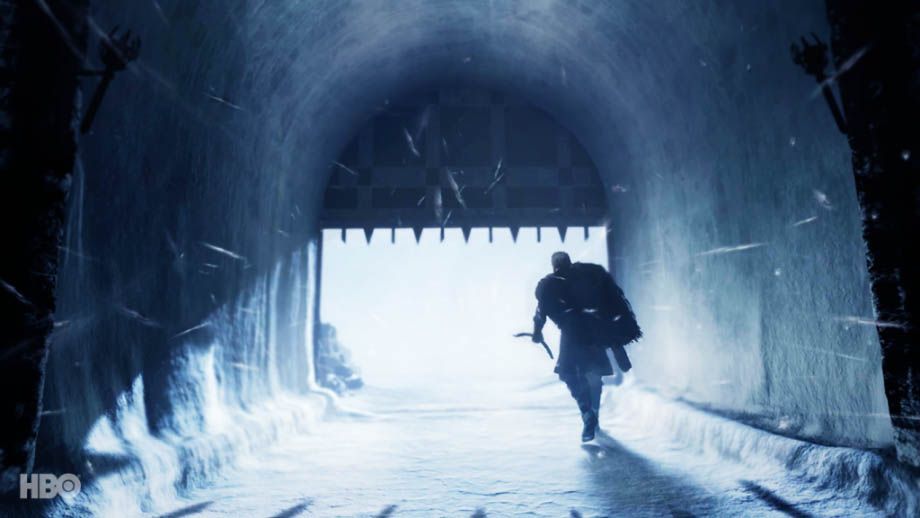 Gosh, new TVs do turn around quickly, don’t they? With a strict annual product cycle, and the likes of IFA and CES 2020 offering plenty of opportunity for the biggest TV brands to show off their wares, new sets are continually being shown off – often with only incremental upgrades between generations.

On the face of it, 2020 may seem like one of those years – OLED is now firmly established in premium product ranges, while most new ranges seem like a polishing of what has come before.

But there’s one new TV technology for 2020 that isn’t being shouted about enough, and that’s the new Game of Thrones-inspired brightness sensors being used by Panasonic and LG TVs. Here’s why they’re worth paying attention to.

This all started with Dolby Vision IQ: an algorithm designed to improve television calibration when watching the dynamic HDR Dolby Vision format.

What does that actually mean? It means that the metadata provided for Dolby Vision content – enabling it to deploy the intricacies of HDR video as effectively and precisely as possible for each shot or scene of a movie or documentary – is now able to further improve the picture onscreen in response to the brightness of your living room.

Speaking to TechRadar, Dolby told us that these picture corrections go a lot deeper than simply upping the brightness of the television panel to compensate.

“We don’t adjust brightness or contrast,” said Dolby’s representative. “That would be a global picture setting, and thus not deliver a consistent experience.

“Dolby Vision IQ ambient light compensation algorithm is applied in 12bit precision, and models the contrast sensitivity of the human visual system at varying degrees of light adaptation to reproduce how the content would have looked to a content creator in a reference viewing environment.”

High-end TVs tend to look best in darker environments, where the backlight of an LCD television – or the self-emissive pixels of OLED TVs – aren’t being affected by external light sources, whether natural daylight or ceiling light and table lamps.

It’s very hard for TV manufacturers to design for the practicalities of people’s homes – but adding physical light sensors to TV hardware is a big step towards correcting that.

Of course, the impact of such a feature will depend on how broadly it is implemented – but, given that only so much video is currently formatted in Dolby Vision, Dolby Vision IQ could at first glance seem inaccessible or even irrelevant to the majority of TV watchers out there.

Dolby had nothing else to tell us on that front, though a conversation with Panasonic shed further light on the topic.

We spoke to Paul Darch, TV Group General Manager at Panasonic Europe, who talked with us about utilizing the light sensor for content beyond Dolby Vision.

The light sensors, in Panasonic TVs at least, are also able to calibrate the picture settings for SDR, HDR10, HDR10+, and HLG content – you know, everything else – through the new Filmmaker Mode, which was designed to throttle overzealous picture processing that distorts the original intent of content makers.

Like Dolby Vision IQ, Intelligent Sensing could probably be more clearly named to be connected to the light sensors – though either way it isn’t currently available on the Dolby Vision IQ-supporting LG TVs.

“The impetus to optimize the display in bright environments came from consumer feedback that specifically HDR content can appear dark when there is some ambient light in the room,” said Darch.

“This is equally true of both OLED and LCD TVs,” he added. We have a sneaking feeling that OLED’s dimmer output over LCD / QLED TVs may be part of the reason the feature was developed, especially given it’s currently only available for select OLED sets.

A Game of Homes

Darch specifically cites the infamous Game of Thrones episode, The Long Night, which received a huge amount of complaints for dark scenes that were incredibly hard to make out for many viewers – with series cinematographer Fabien Wagner blaming viewers’ ability to tune their TVs, as well as (slightly more fairly) the compression the episode went through for HBO to broadcast and stream it, which seems to have reduced the detail of its shadowy set-pieces.

I’m sure it looked awesome in a cutting edge editing bay with the full, raw HDR digital workflow or whatever. But when their output was compressed to shit for networks and streaming, the result most viewers got was a dark, imperceptible mess. #GameofThronesApril 30, 2019

We also can’t talk about this without stating that the average television clearly isn’t as capable of distinguishing between dark details as high-end OLED displays. That’s why this light sensor feature could add so much to budget and mid-range sets that probably need the assistance more.

Darch told us that these light sensors could “potentially” land in LCD sets in the future, meaning it’s very possible we’ll see this functionality come to more mid-range sets, where it can affect a far larger number of viewers’ homes.

We couldn’t find out how much these light sensors cost to manufacture, but we assume it isn’t a huge amount compared to the overall cost of an OLED or LCD television – and we’d hope to see them appear on the latter in the 2021 range next year. We’re told that Panasonic is at least thinking about “more sensitive sensor technology or refined software”, so we’re hopeful that there’ll be more to report on in this regard, too.

We also tried to get comment from Dolby on the possibility of a Dolby Atmos IQ feature that calibrated surround sound audio in response to ambient noise in a room, but the company wouldn’t be drawn. We can dream, eh?