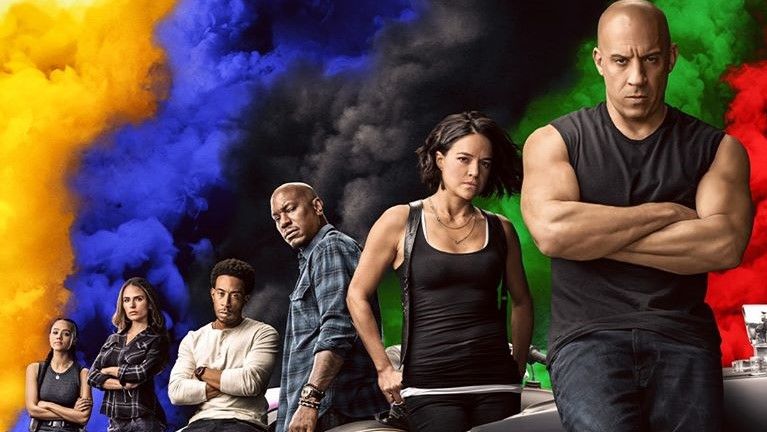 As coronavirus panic spreads, entertainment companies are quickly changing course as the next few months start to look very different. Containing the virus and ensuring the safety of other people has to come first. Numerous industries have altered plans because of Covid-19 – MWC 2020 in Barcelona was canceled, and GDC and E3’s cancellation mean gaming faces a quiet year for events.

In TV and film, the effects are accelerating, with movies like Fast and Furious 9, No Time To Die, A Quiet Place Part 2 and Peter Rabbit 2 all changing release dates to either later in 2020 or 2021. This is sure to have a painful effect on theater businesses. We’ve updated this piece, too, to reflect that Mulan and The New Mutants have also been delayed for the time being.

This isn’t just about release dates moving, though – it’s starting to affect the production of TV and film, as you’d expect. Tom Hanks is the highest-profile celebrity to test positive for coronavirus so far, and he was diagnosed as he was filming an Elvis biopic in Australia – that’s now on hold, as you’d expect. TV show productions are shutting down as well, and in the coming months, we’re only going to see more examples of this as coronavirus spreads.

Here’s a summary of how coronavirus has affected TV and movies so far.

Actor Tom Hanks posted the update above from Australia on March 12, revealing he and wife Rita Wilson tested positive for coronavirus. “To play things right, as is needed in the world right now, we were tested for the coronavirus, and were found to be positive,” Hanks said, adding that he’ll keep people updated on his progress.

Hanks was filming an Elvis Presley biopic directed by Baz Luhrmann (The Great Gatsby), and Warner Bros told Indiewire that filming has been put on hold for now.

Mulan, The New Mutants No Time To Die, A Quiet Place 2, Fast and Furious 9 and Peter Rabbit 2 are all delayed by coronavirus

Movie release dates are dropping quickly, as the reality of reduced theater attendance is beginning to hit. No Time To Die’s release date moved from April to November and A Quiet Place Part 2 has been delayed as well. Meanwhile, the less exciting Peter Rabbit 2 moved from March to August.

The biggest move yet came with Fast and Furious 9, though, which will now release in April 2021, almost a year after its original May 22 release date. No word on Black Widow moving yet – its final trailer released earlier this week, and said it’s still coming out in early May.

Next came word that Disney-distributed movies The New Mutants and Mulan are being delayed until a later, unknown date.

This is a developing situation, obviously, and the world could look very different in a few weeks. Theaters are communal spaces, more likely to be avoided for the time being to stop the spread of the virus.

China, a massive market for blockbusters, is basically closed for business. China closed all of its 70,000+ theaters in late January.

The Falcon and the Winter Soldier halted filming in Prague

Disney Plus series The Falcon and the Winter Soldier was filming in Prague this week, but production has been halted according to a Deadline report, with cast and crew recalled back to Atlanta. The show debuts in August, and there’s been no indication it’ll affect the release date.

Actor Sebastian Stan reacted to the move on Instagram. “We’ve been shooting The Falcon and the Winter Soldier and experiencing one of the most beautiful cities in the world filled with the most wonderful and welcoming people. Now we are being sent home. Too soon. Prague, you’re gonna be in my thoughts for a long time. Thank you. Will be back. Thinking of you.”

Sports events are being critically hit by coronavirus

Expect more to be canceled or delayed, but next week’s Manchester City vs Real Madrid Champions League tie has been postponed, after the Real Madrid squad went into quarantine over coronavirus concerns. Juventus vs Lyon has also been delayed. The UK government is considering banning sporting fixtures altogether, according to the BBC.

The NBA season has been suspended. The NFL, though, has said it won’t delay the start of the league on March 18.

Football/soccer leagues in Italy, Portugal, Spain, the USA and the Netherlands have been suspended (for 30 days, in the case of the MLS). The Australian GP has been ‘called off’ according to the BBC, and tennis tournament ATP has been bumped back by six weeks.

Expect the cancelations to keep stacking up.

Numerous productions have been put on hold, including Mission Impossible 7 and The Morning Show

Production of The CW teen drama Riverdale has been temporarily put on hold, as one of its ‘team members’ is being tested for coronavirus. Production on Apple Plus series The Morning Show has also shut down out of caution, according to a report on THR.

EW reported that US reality show Survivor has delayed production as well, which joins fellow long-running reality series The Amazing Race in being put on hold.

Filming on Mission Impossible 7 in Venice, Italy was stopped in late February.

The Grand Tour will probably be delayed

We have one pretty much ready to go and when this virus business is settled, we will head off to do two more.March 7, 2020

The next episode of The Grand Tour season 4 is imminent, but there might be a longer wait after that. Host Jeremy Clarkson has suggested on Twitter that the virus is holding up filming on more specials, which require international travel.