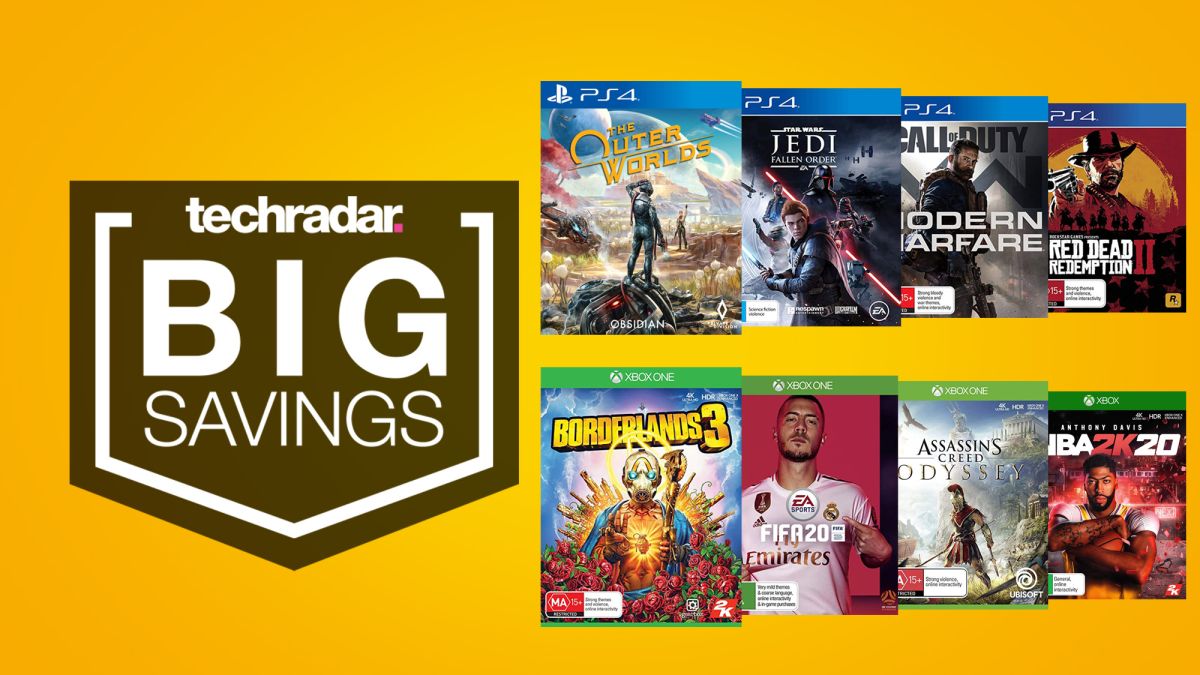 Amazon usually has some pretty competitive pricing when it comes to PlayStation 4 and Xbox One games – but the e-commerce giant has now dropped prices on a huge number of titles to an all-time low.

That includes the lowest price yet on some of last year’s biggest releases such as Borderlands 3, The Outer Worlds and Star Wars Jedi: Fallen Order.

A couple of the more recent hits from the last 18 months are also available for their lowest price to date, including Assassin’s Creed Odyssey and Red Dead Redemption 2.

These bargain prices are available for a limited time only, so scroll down to shop our top picks before these discounts end on March 15.

If you’re ready to wreak havoc, it’s time to get your hands on an arsenal and go grab your loot. Borderlands 3 is an action-packed first-person shooter, and if you’re a fan of the franchise, you’ll feel right at home. There’s many more environments to explore this time around, and if you’re yet to lay your hands on it since its release last year, it’s now at its lowest price yet. Discount available on both PlayStation 4 and Xbox One versions until March 15.View Deal

This action RPG puts you at the centre of a world where humans are colonising other planets, providing unmatched player agency in a truly immersive environment. It only came out in October of last year, so if you’re yet to explore this masterfully crafted universe from the team behind Fallout: New Vegas, it’s now available on Amazon for its lowest price yet on both PS4 and Xbox One versions of the game. Discount ends on March 15.View Deal

Keen to get your hands on a virtual lightsaber? There’s a new hope for you. Action-adventure title Star Wars Jedi: Fallen Order only came out in November last year, so if you haven’t grabbed it yet, now’s the time to get it for almost half-price. It’s the same price for both the PlayStation 4 and Xbox One versions. If you’re a PC gamer though, you’re in luck, as it’s cheaper at just AU$48.View Deal

This Wild West epic came out towards the end of 2018, and it’s easily one of the best open-world games Rockstar has created, and arguably one of the greatest of all time. Jump on a horse as the gun-slinging outlaw lead and start your quest across the frontier. If you’re yet to play, get it now while it’s at an all-time low price for both PS4 and Xbox One.View Deal

Another open-world RPG that this time sees Ancient Greece as your setting. This title from the Assassin’s Creed series has more richness to its main missions and side quests compared to its predecessors, and it’s all the better for it. This title came out near the end of 2018 as well, but if you’re yet to explore the world, it’s now available for AU$25 on Xbox One, or AU$26 on PlayStation 4.View Deal

There’s plenty more great releases on sale including Call of Duty: Modern Warfare, Mortal Kombat 11, NBA 2K20 and FIFA 20, so check out the full list of PlayStation 4 and Xbox One titles on sale before the offer ends on March 15.