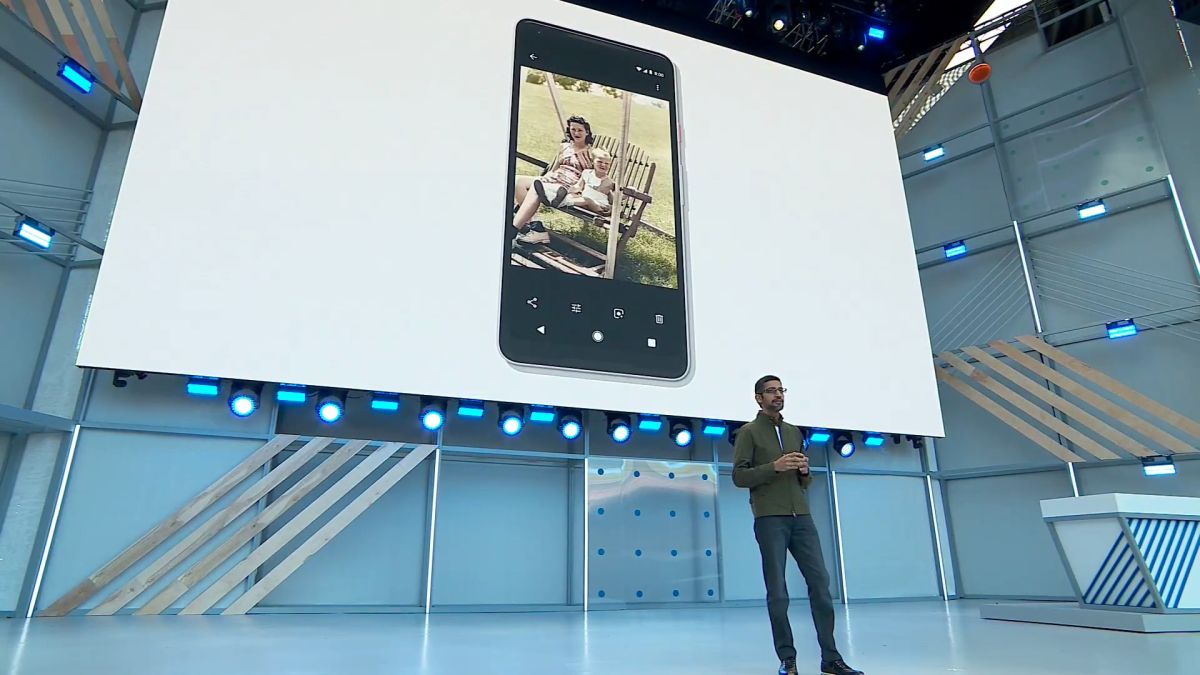 Google IO 2020 (the company’s annual developer conference) was still months away from its planned May 12-14 run, but Google cancelled it anyway out of concern over the coronavirus. What that means for all the news we expected to hear is uncertain – but the show might go on in a different way.

A #GoogleIO update.Due to concerns around the coronavirus (COVID-19), we’ve decided to cancel this year’s physical event at Shoreline Amphitheatre. It’s sad that we won’t be able to gather as a developer community but your health and safety is our priority. (1/2)March 3, 2020

On the official Google IO 2020 page, the company assured that everyone who bought tickets would get a full refund by March 13, 2020, and those who registered this year’s show would be given the option next year to buy tickets for Google IO 2021.

But that might not be the end for Google IO 2020: Google specifically cancelled the physical event, clarifying on its site that: “Over the coming weeks, we will explore other ways to evolve Google I/O to best connect with our developer community.”

This could mean the conference could still happen as an online-only event, which Google has already done for its Cloud Next event. They’ll have to announced the news somehow – and there’s tons of it headed our way.

Whether in an online session or at a separate announcement, we’re expecting to see plenty that Android fans should be interested in – most notably the reveal of Android 11.

Below we’ve highlighted all the things that we know or expect we’re going to see then, along with some things that are longer shots but could well make an appearance. And we’ll be updating this article as more news and rumors pour in, so make sure to check back regularly.

Android 11 is likely to be the biggest reveal during Google IO 2020 and we’re almost certain we’ll see it there, as Google tends to at least partially unveil its major Android updates at IO.

That said, it probably won’t appear on phones until September or October, likely landing alongside the Google Pixel 5 range. Certain features also probably won’t be unveiled until after IO.

So far we haven’t heard much about Android 11, but one thing we do know is coming is ‘Scoped Storage’, which changes the way apps access other files on your device, with a view to increasing speed and security.

That’s not much to go on, but we should learn plenty more about Android 11 during IO 2020, and it’s likely that a developer beta will even be launched there.

You can think of these as more affordable alternatives to the main Pixel 4 handsets, though some sources reckon there won’t be an XL model, so we might only see one Pixel 4a.

In any case, leaks suggest the 4a might actually have a fairly different design to the Pixel 4, with a punch-hole camera and a 3.5mm headphone port. It might also have 5G, which no current Pixel does.

Not much else is known about the Google Pixel 4a yet, but it’s unlikely to have the Motion Sense feature from its pricier siblings, which to be honest is probably no great loss for most people.

Wear OS has felt a bit neglected, with no significant updates to the platform since the launch of Wear OS 2 in August 2018, but if Google is going to release a big new update then the software-focused IO is the obvious place for it to happen.

We’re not actually expecting to see any big changes, as no such things have been rumored, so if you’re hoping for Wear OS 3 you’re probably going to be out of luck, but you never know.

And it wouldn’t be at all surprising if the platform saw a smaller, more incremental update, though what it would include is anyone’s guess right now. At IO 2019, for reference, Google showed off the widget-like ‘Tiles’ feature.

Google is always working on Assistant, and at IO 2019 it unveiled tech to make Google Assistant faster, along with a driving mode.

For Google IO 2020 we’d expect more new features and improvements to be announced. Having said that, Google announced a whole bunch of new features – such as scheduled actions and a speed dial feature – at CES 2020 in January, so maybe some of them will be rolled out.

Google Search also got some love at IO 2019, and we wouldn’t be surprised if it’s further improved during Google IO 2020.

We’re not sure yet what will change here, but for reference, Google added augmented reality (AR) images to search results at Google IO 2019.

Beyond the things mentioned above, we’re likely to see updates and improvements to other key Google software, such as Maps and Duplex.

Perhaps we’ll see Duplex more widely supported, while Maps may become more detailed or have other features added. That’s just speculation for now, but we’d be surprised if these or other key Google apps don’t get some sort of update.

We’ve been hearing rumors about a Google Pixel Watch for years, and to be honest we don’t really expect it to land during Google IO 2020, but the company has shown off wearables from other companies in past years, so it’s possible.

Right now we’re not entirely convinced the Pixel Watch even exists, and if it does, it may well not land until October alongside the Pixel 5 range, or maybe not even until next year.

If it does land at Google IO 2020 though then we might also see a bigger Wear OS update than we’re expecting, as it would make sense for Google to launch its first smartwatch with exciting new software.

From speakers to screens to cameras, we could see a variety of new smart home devices during Google IO 2020.

At IO 2019 we saw the Google Nest Hub Max smart display, but Google has its fingers in many smart home pies, including the Nest Hello doorbell, Google Nest Wi-Fi, and the Google Nest Mini speaker, plus smart thermostats, smoke alarms and more.

So we may see new entries in any of these product lines, or maybe smart versions of other devices altogether.

Google Stadia (the company’s game streaming service) is already here, but currently only ‘Stadia Pro’ is available – meaning you need a subscription to use the service, rather than just being able to buy the games. That will be changing at some point in 2020, so it’s possible that Google will use IO 2020 to launch the ‘free’ tier.

There are also some promised features that are currently absent, such as ‘Crowd Play’, which will let you join a streamer’s game at the press of a button. So this or other features might launch at Google IO 2020. We might also see new exclusive games announced or launched for the platform.

Perhaps most excitingly, we might see Stadia opened up to non-Pixel phones. We know this is happening at some point, and it’s one of the main selling points of the platform.

Google Play Pass, like Google Stadia, is already here, but currently it’s only available in the US. We know it’s only a matter of time before it will launch elsewhere, so perhaps Google IO will be the venue where its reach is widened.

We wouldn’t be surprised if Google also announces all sorts of new content for its Apple Arcade-like game and app subscription service.

AR and VR have been very up and down over the last few years, but we wouldn’t be surprised if we see new developments in these fields during Google IO 2020.

One obvious thing we might see is improvements to ARCore – the development kit Google created that allows AR experiences to be built for Android and other platforms.

VR announcements are perhaps less likely, given Google has largely abandoned its VR headsets, but you never know.

While many 5G networks and the first 5G phones arrived in 2019, it’s during this year that we’re expecting 5G to really start getting big – 5G phones will likely become more affordable and 5G networks should start becoming much more widespread.

As such, we’d expect the likes of Google to start looking at 5G too. The Pixel 4a above is rumored to come in a 5G flavor, but we might also see Google announce apps and software features that take advantage of the speed of 5G.