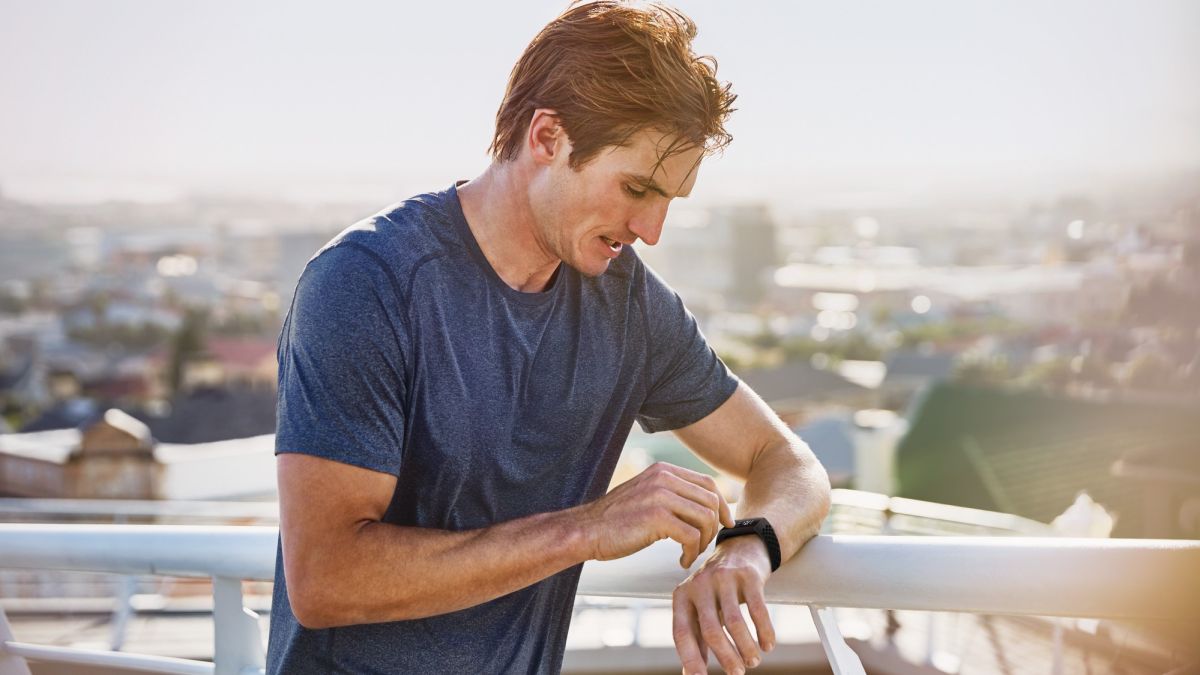 The Fitbit Charge 4 is a major improvement on the Charge 3, with built-in GPS, Spotify and Fitbit Pay helping bridge the gap between fitness trackers and true smartwatches.

Its price and design are almost identical to the Fitbit 3 at release, which is impressive considering the improvements under the hood, and although is sadly lacks the color display we’d been hoping for, there are lots of new tools to help you monitor and improve your fitness.

Although Fitbit had to cancel its launch event due to the Covid-19 pandemic, this is actually the perfect time to launch a new fitness wearable.

With races and other mass participation events cancelled around the world, and face-to-face training off the cards for the foreseeable future, runners will be relying on watches and apps to hold themselves accountable and avoid succumbing to the temptations of the sofa at Netflix.

The launch also coincides with Fitbit’s decision to extend its free trial of Fitbit Premium to 90 days.

Interested? Here’s everything you need to know about the Fitbit Charge 4 to help you decide if it’s the right fitness tracker for you.

Pre-orders for the Fitbit Charge 4 begin on March 31 2020 (at Fitbit’s website and selected retailers including Amazon), and it will go on sale globally on April 15.

There’s also a Fitbit Charge 4 Special Edition priced at $169.95 / £149.99 / AU$269.95, which comes with both a granite reflective/black band, and a classic black band so you can choose between different looks.

The Fitbit Charge 4 is the company’s first ‘flagship’ fitness tracker band to offer on-board GPS, plus Spotify support. Together with Fitbit Pay, this allows you to enjoy the great outdoors without being saddled by a cumbersome phone.

After working out, syncing your device will produce a GPS-generated heatmap of your activities – a feature that will be familiar to Strava users, and shows where you exercise most frequently (whether it’s running, walking, cycling swimming or any of the other 20+ supported activities).

Like its predecessor, the Fitbit Charge 3 is slim, lightweight and obtrusive. However, while its screen is bright and easy to navigate, it isn’t the color display we’d hoped for. It seems we may have to wait another two years for a full-color Fitbit to arrive on our wrists.

However, the monochrome display means the Fitbit Charge 4 is able to offer impressive battery life; Fitbit says the device will last up to seven days on a single charge, making it a convenient smartwatch for everyday wear.

Another new feature for the Fitbit Charge 4 is Active Zone Minutes – a measurement that factors in your resting heart rate and age, and monitors any kinds of workout that raises your heart rate. Your goal is to spend 150 minutes in each heart rate zone (fat burn, and cardio and peak combined) during the course of a week.

It’s a concept similar to Intensity Minutes in Garmin Connect, and is based on recommendations from the World Health Organization and the NHS.

Many other apps fitness provide you with an estimate of spent moving, but these measurements are often connected to footsteps rather than heart rate and are therefore less accurate for indoor activities such as yoga, pilates and spinning.

Although Active Zone Minutes monitoring will arrive first on the Fitbit Charge 4, the feature will roll out to other Fitbit wearables at a later date.

Like the Fitbit Charge 3, the Charge 4 features sleep tracking and includes a relative SpO2 sensor, which detects concentration of oxygen in the blood, and can be useful in detecting sleep apnea and allergies.

It’s not a medical diagnostic tool, but could be helpful for helping you identify problems that are leading to poor sleep.

Although it’s not activated at launch, a future update to the Fitbit Charge 4 will add the smart wake feature currently only found on the company’s fully-fledged smartwatches.

Enter a time when you’d like to be awake, and smart wake will use machine learning to rouse you at the optimum point in your sleep cycle so you don’t get up feeling groggy.

You’ll also receive a sleep score each morning, which is now available on your wrist rather than in the app, so you don’t have to reach for your phone the moment you wake.

While the absence of a color screen is a shame, the Fitbit Charge 4 ticks every other box in our wishlist with aplomb. It’s also refreshing to see Fitbit continuing to support older devices with the addition of new features like Active Zone Minutes in the pipeline.

We’ll be looking to bring you our full Fitbit Charge 4 review very soon, to see if it’ll be the device to keep people active during this long summer…