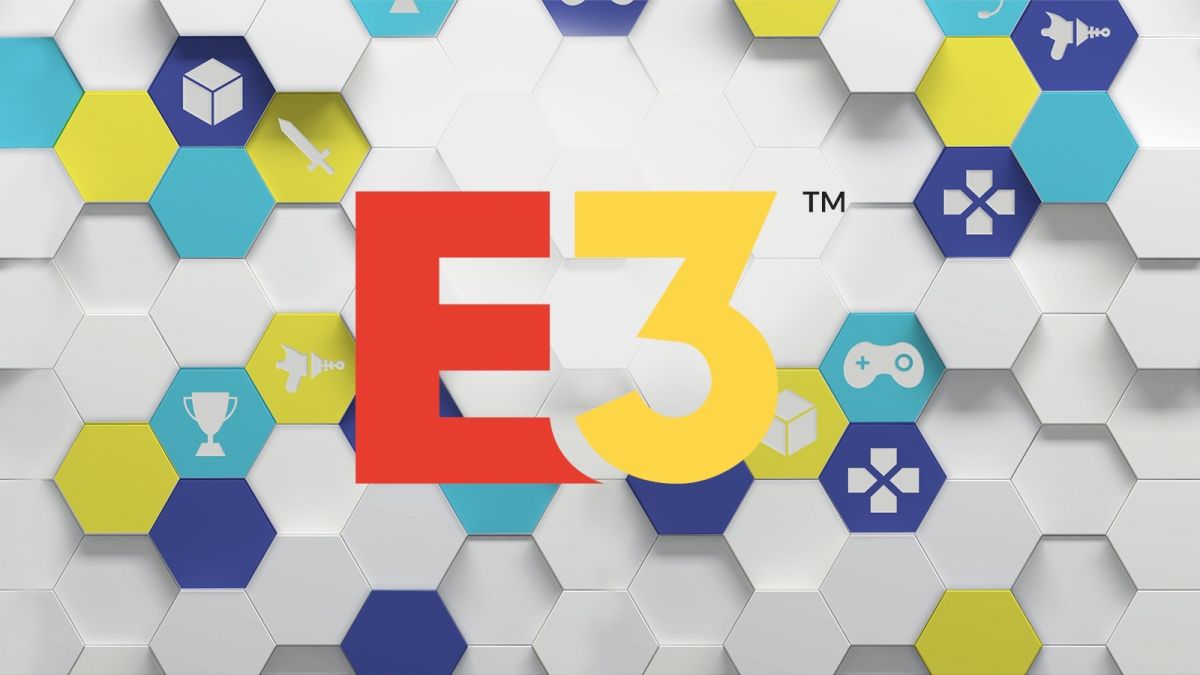 E3 2020 may still be a few months away, but the chatter around this year’s biggest gaming show is already starting. With Sony deciding to duck out of the show for the second year running, and two next-gen consoles set to launch not long after, there’s plenty of change afoot – and E3 is at the heart of it.

Why is E3 2020 so important? As a place where the likes of Microsoft and Nintendo – both of whom will be in attendance this year – tend to announce new hardware and titles, alongside countless third-party publishers showing off their wares to the fans, players, and media gathered for the event, E3 tends to hold some massive announcements that shape the conversation around the year’s games for many months after.

We have a few officially confirmed exhibitors, who we’ve detailed below – but for now E3 2020 is still something of a question mark, for both hardware and software, and that likely won’t change until the event itself. For now, though, here’s everything confirmed, rumored, and likely to be shown off at E3 2020 – and why some are worried it may not happen at all.

What exactly is E3, anyway?

The E3 name stands for ‘Electronic Entertainment Expo’, and it’s been running in some form since 1995. Hosted by the Entertainment Software Association, E3 is a three-day convention to celebrate and showcase all things gaming, usually to publicize upcoming games and consoles – with a smattering of panel discussions and keynotes alongside the excitement of the show floor. E3 2020 will be the 26th time the event has happened.

While traditionally only an industry-only event, the ESA has been more willing to allow members of the public into the event, and is increasing the number of available of public tickets from 15,000 (in 2019) to 25,000. There’s also been chatter about an extra day exclusive to industry members, to minimise disruption and queuing times, but that’s yet to be confirmed.

The future of the show looks increasingly uncertain, especially as the biggest publishers look to keep fans updated with their own dedicated live streams like Nintendo Direct or Sony’s State of Play, and big industry names like Geoff Keighley – who hosted the E3 Coliseum showcase for the previous few years – step away from the event.

That’s not to mention the dropout of iam8bit, a creative merchandising company that had apparently been acting as a creative director for this year’s show – though the ESA confirmed that “Endeavor’s creative agency 160over90, event innovators Mat+Lo and longtime E3 partners, GES, Dolaher Events and Double Forte” were all still involved in the direction and creation of the show (via GameSpot).

It’s with mixed emotions that @iam8bit has decided to resign as Creative Directors of what was to be an evolutionary #E32020 floor experience. We’ve produced hundreds of gaming + community events and it was a dream to be involved with E3. We wish the organizers the best of luck.March 5, 2020

Health concerns around the coronavirus outbreak have also seen various trade shows cancelled this year already – notably GDC 2020 and MWC. The ESA (which organizes E3) insists the show is going ahead, though a lot could change in the coming months.

The E3 expo lands every year in June, and will this year be running from June 9 (Tuesday) to June 11 (Thursday) at the Los Angeles Convention Center (E3’s home since 2009).

It kicks off on a Tuesday, but the weekend beforehand will see the major console-makers and publishers hosting their own press conferences where the majority of announcements will take place.

The E3 website has a confirmed list of exhibitors, which we’ve listed below. (A few other names have been floating around after the ESA apparently leaked a wider exhibitor list early, including Activision, Amazon Game Studios, Epic Games, THQ Nordic, and Tencent – but they’re yet to commit to the event in an official capacity so far.)

Industry veteran Geoff Keighley also made waves when he announced his decision not to attend E3 2020, despite hosting the E3 Coliseum conference for the past few years.

Keighley cited a “ton of factors“, but the absence of certain publishers, a greater focus on “special guest gamers [and] celebrities“, ongoing concerns about ESA’s security – the leak of thousands of journalists’ personal information being a major one – and the uncertain place for such an event in today’s online media landscape may have played a part.

I think E3 needs to become more digital and global….it’s a brand that means a lot to people, but it shouldn’t just be a show floor.February 12, 2020

Sony didn’t make it to E3 2019, and it won’t be doing so in 2020 either. The makers of the PS5 seem content to showcase their wares at other events throughout the year – like the limp logo reveal at CES 2020 – rather than compete for attention at an event also hosting Xbox and Nintendo.

It’s clearly a different strategy to the PS4 console, which had its design formally unveiled at E3 back in 2013. Kotaku news editor Jason Schreier has suggested Sony’s doing this due to disagreements with the ESA, but for whatever reason, PlayStation won’t have a presence – beyond third-party devs and publishers working on PS4 and PS5 games.

One juicy tidbit I heard last year was that Sony’s main reason for skipping E3 was disagreement/tension/conflict with the ESA, which is likely the driving factor here as well.January 13, 2020

Don’t worry, though – Xbox will still be there. Phil Spencer was quick to reassure fans they wouldn’t be taking the same route as Sony, and you can expect to see a lot of the Xbox Series X at the event. It’s likely we’ll get more information on those rumored sibling consoles, Lockhart and Anaconda, possibly offering cheaper or disc-less alternatives to the mainline offering. (They’ll probably be called something boring, though.)

We expect to hear some new game announcements – particularly exclusives, which are being aggressively courted for the Xbox brand – and possibly more third-party studios brought under the Xbox umbrella wholesale. It’s likely we’ll get more gameplay footage of the upcoming Halo Infinite, and more information on its multiplayer and story, though a playable demo (sadly) may be a bit further off.

Their press conference was on the Sunday last year, making June 7 a likely date this time around.

What of Nintendo? The House of Mario will be jumping and chortling into E3 as usual, though hopes for a new Switch Pro model have sadly been dashed, meaning we’ll have to content ourselves solely with game announcements.

We also got the first trailer for the Zelda BOTW sequel at E3 last year, so we’re hoping to get more of a formal unveiling, perhaps with a title and an idea of when the game is scheduled to release. Metroid Prime 4, too, only got the briefest of teasers last year, so a better understanding of what the game will actually look like, and when we’ll get to wear Samus’ suit again, would be much appreciated.

Nintendo doesn’t host a press conference any more, but it usually releases a video presentation on the Tuesday (June 9), right before the E3 show floor opens.

Outside of the big three, there’ll be plenty to keep those on the show floor, in the keynotes, or spectating from a distance occupied.

In terms of upcoming games, there are a lot of titles with vague 2020 release dates, so it’s very possibly we’ll see more footage, trailers, announcements, or release dates for the likes of Ubisoft’s Gods and Monsters, Little Nightmares 2, No More Heroes III, Bayonetta 3, Super Meat Boy Forever, Everwild, and Hollow Knight: Silksong (which releases the day after E3, on June 12).

Bethesda always has a decent showing, and will likely resume its Sunday (June 7) press conference, though what it will be showing post-Doom Eternal is anyone’s guess. The sci-fi RPG Starfield? Elder Scrolls VI? Given neither were shown off last year, either would be great this time around – both, if we’re incredibly lucky.

With Google Stadia – announced just before E3 last year – now available to play, too, we may well see a bigger presence from Google this time around. Maybe some more games aside from Destiny 2 to play?

We’ll no doubt see some brand new announcements too – but you can see a full list of the ones we know about in our best upcoming games guide.

Even without Sony on show, there was still plenty to make 2019 a great year for E3. We had that wonderful Keanu Reeves appearance, and the news he was appearing in Cyberpunk 2077 (as seen above), new specs for the Xbox Series X, and that brilliant BOTW 2 teaser. We also got a full unveiling of Star Wars Jedi: Fallen Order and updates on Apex Legends Season 2 from EA, and the announcement that Dark Souls dev From Software and Game of Throne’s George R R Martin were collaborating on the upcoming game Elden Ring.

Square Enix had one of the better press events we’ve yet to see at E3 2019, packing in tons of new information on Marvel’s Avengers, Final Fantasy VII Remake and the remastered version of Final Fantasy 8.

it wasn’t all good news, though, with Animal Crossing: Horizons getting delayed, and the long-awaited Dragon Age 4 not getting so much as a mention. Ubisoft also didn’t show off a new Splinter Cell game (cowards!) or its much-delayed Beyond Good and Evil 2 – though it did find time for Just Dance 2020, and the announcement trailer for Gods and Monsters.

Here’s a slideshow of the 15 best E3 2019 games, and the full list of everything that was announced beneath that: