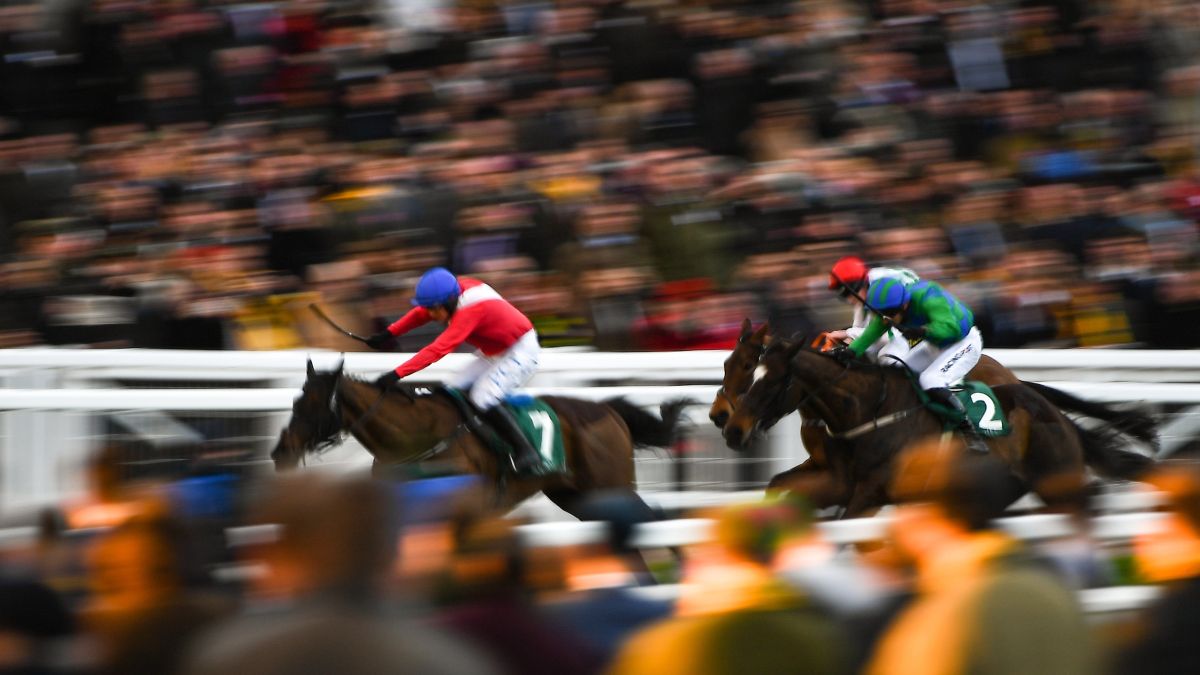 The Cheltenham Festival is of the biggest events on the 2020 racing calendar, with more than 250,000 punters set to descend on Prestbury Park this year. Don’t worry if you’re not among them, though – you don’t have to miss a race with our guide. Catch all of the action as it happens with our guide. Here’s how to watch Cheltenham live from all over the world – St. Patrick’s Day comes early to Cheltenham today so it’s safe to say the horse racing action is now well in its stride.

The week-long festival sees a total of 28 races take place, culminating with the iconic Gold Cup on Friday. Tuesday’s opening day highlight was the 2 miles and ½ furlong Unibet Champion Hurdle, which saw favourite Epatante – owned by J.P. McManus and ridden by Barry Geraghty – take home glory in the 16-horse field.

This year the Cheltenham Festival runs from Tuesday, March 10 for four days until the Cheltenham Gold Cup race on the afternoon of Friday, March 13. Coverage starts daily at 1pm GMT. The main event – the Gold Cup Steeple Chase – takes place on Friday at 3.30pm GMT.

Wednesday brought Ladies Day to Cheltenham and £10,000 to the best dressed spectator. The headline race was the Queen Mother Champion Chase, which was won by in superb style by Politologue

Today is therefore the penultimate day of the festival and commonly know as St Patrick’s Thursday, to highlight the huge Irish interest in Cheltenham and horse racing in general. There are two featured races: the Ryanair Chase and the Stayers’ Hurdle, with Paisley Park being heavily backed to defend his title in the latter race.

The first five races of each day are set to be aired on ITV live and free in the UK. But if you’re abroad or away from home you can still catch all the action. Here’s how to watch Cheltenham live regardless of where you are.

When is the Gold Cup 2020 at Cheltenham and who are the favourites?

As ever, the main event at this year’s Cheltenham Festival is Friday’s Gold Cup Steeple Chase which has a prize pot of over is a £625,000. Taking place on Friday, March 13 at 3.30pm GMT, it pits the best jump horses in the world against each other.

Last year’s winner Al Boum Photo returns once again and is highly fancied to retain its title, however Delta Work is the current in-form horse while the combination of Presenting Percy and experienced jockey Davy Russell has many backing the pair to win the Festival’s blue ribbon race.

How to watch the Cheltenham live for free in the UK

This year’s action is all on ITV meaning you can get it via an aerial, cable or Sky but also via the internet. This can be done using the ITV Hub app, or via the ITV website. Alternatively you can use TVPlayer.com, which offers a host of channels with a high quality stream.

Coverage of the main Gold Cup Steeple Chase race will be available for the 3.30pm GMT event on Friday, but the first race shown is at 1.30pm GMT everyday with ITV coverage starting from 1pm GMT.

Racing TV subscribers meanwhile will have access to the Festival in its entirety, with live streams available to customers via its app or online, as well as through Sky TV and Freeview. The network is currently has a half-price deal during the Cheltenham Festival, offering viewers the service for £12.49 a month for a year.

Not in the UK this weekend? You’ll quickly find that the ITV coverage is geo-blocked on your laptop or mobile app. But don’t get bogged down, as it’s easy to get around that by downloading and installing a VPN. The software lets you change your IP address to a server back in the UK, making the device you’re wanting to stream on think it’s back at home. Pretty clever, eh? And it’s really simple to sort out…

Watch Cheltenham live from outside your country the easy way

For UK horse racing fans wanting to watch Cheltenham live from abroad, the first thing to do is download and install a VPN .

We’ve tested all of the major VPN services and we rate ExpressVPN as the absolute best. It’s compatible with loads of devices including iOS, Android, Amazon Fire Stick, PlayStation, Apple TV and such, and we found it secure, speedy and simple-to-use.

Those are just some of the reasons we rate ExpressVPN as the best all-round Virtual Private Network. for streaming events like Cheltenham live from abroad. Plus, it comes with 30-day money back guarantee – and you can get 3 months FREE with an annual plan

After that, your simply open the VPN app, hit ‘choose location’ and select the appropriate location – it’s super easy to do. Choose UK to stream the Cheltenham Festival 2020 live for free via TVPlayer.com, which will allow you to access ITV and other UK terrestrial channels online.