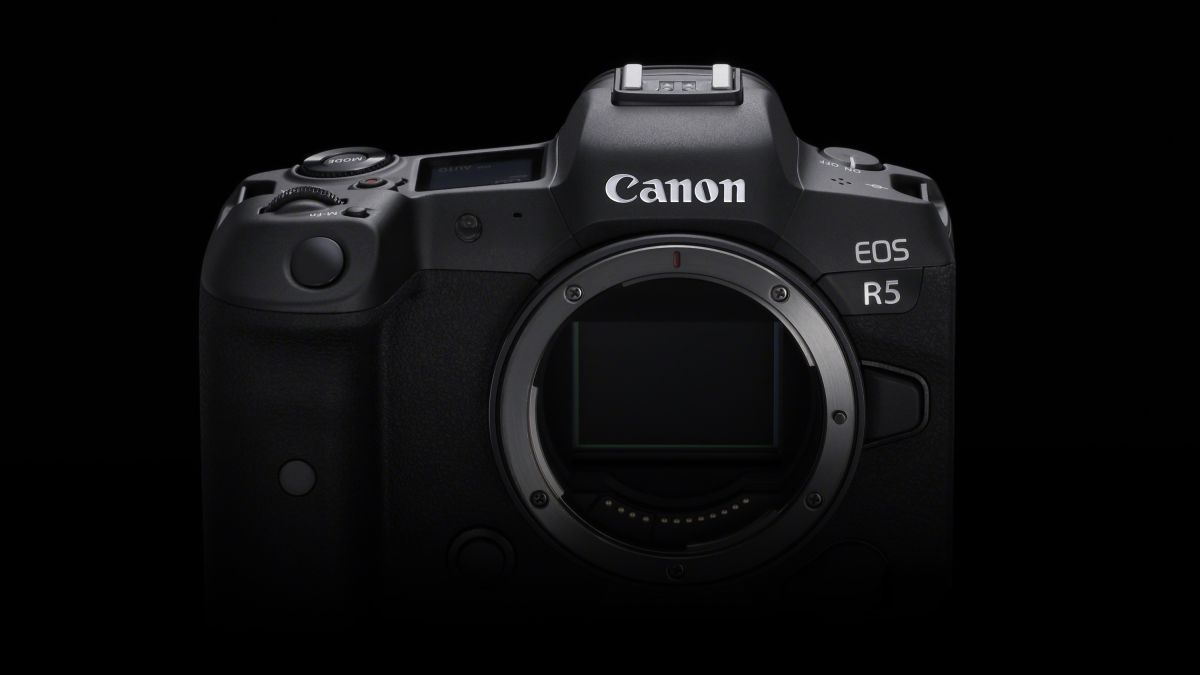 Updated 2/3/20: We’ve updated this page with some fresh rumors about the Canon EOS R5’s card slots and some extra conclusions from its appearance at the recent WPPI Expo in Las Vegas.

The Canon EOS R5 is what happens when Canon fully releases the handbrake on its flagship mirrorless cameras. A full-frame mirrorless powerhouse with unprecedented power, the EOS R5 is only a development announcement for now, but the picture is slowly becoming clearer as we get closer to its expected launch in Summer 2020.

When the first rumors of a high-end EOS R series camera appeared, it was though the snapper might feature a high resolution sensor of either 75MP or even 83MP.

While we still have no official word on the sensor resolution, Canon has revealed some important details, including the fact that the EOS R5 will be its first camera with in-body image stabilization (IBIS).

Features like this suggest Canon is finally going all-out on its mirrorless camera tech, and it’s about time. While the EOS R and the EOS RP were great cameras on their own, they did disappoint when compared to the competition from the Nikon Z7 and the Z6, as well as from Panasonic’s Lumix S1 and Lumix S1R. From what little Canon has revealed so far, it seems like the EOS R5 will outdo all the competition, giving us the impression that the Japanese camera maker is fighting hard to please its fans.

And if the Canon EOS 1D X Mark III is anything to go by, the company is out to prove it can still innovate and compete. That brings us to to the EOS R5, which has all the hallmarks of potentially being the most powerful full-frame mirrorless camera so far.

The EOS R5 development announcement was but a tease and there’s a lot we don’t know about the upcoming shooter, but this is the first time we’ve got official confirmation of some of its specs.

So, what do we know for sure and what can we expect from the new mirrorless marvel?

One of the big gaps that was in Canon’s EOS R5 development announcement was the price tag the upcoming camera might carry, or even when we might expect to lay our hands on it.

The cancelled CP+ photography show in late February didn’t give us any more updates on this, but Canon Rumors is confident the EOS R5 will begin shipping before the Summer Olympics, which start on July 24.

This fits some previous rumors that pointed to a possible release date sometime in July 2020. It’s also possible we might be more information during The Photography Show, which starts on 14 March, after Canon confirmed that the camera would be making its first UK appearance at the show.

While that might seem like a long wait, it’s pretty much in line with what Canon did with the EOS 1DX Mark III – the official development announcement was made in October 2019 with shipping of the camera having begun only in February 2020.

Since Canon shared a small image of the EOS R5 with the development announcement we’ve seen several real-world shots of the camera, following its recent appearance at the WPPI Expo in Las Vegas.

Japanese publication DC.Watch also managed to get their hands on a whole load of press shots as well, giving us an almost complete look at the camera from all angles.

It’s pretty clear the camera will closely resemble the original EOS R physically, though there will be a few differences. The contentious multi-function bar on the back of the camera doesn’t appear to have made the leap to the new camera – instead, it’ll have a more traditional scroll wheel.

Talking about the button layout on the rear – we were curious to see whether the Smart Controller introduced in the EOS 1DX Mark III (to speed up focus point selection) had made its way to the R5, but the joystick on the rear appears to be a standard one and not the touch-sensitive option. If the Smart Controller has been left out, we think that’s a shame as we thought it was a brilliant bit of innovation from Canon.

Otherwise, the EOS R5 appears to have a pretty deep grip, which will be useful when using it with longer lenses like the incoming Canon RF 100-500mm, and the same top-plate controls as the EOS R with a model dial and secondary display for quickly checking your settings.

Rumors also suggest that the R5 will use a brand-new, larger capacity battery but whether that will affect the overall size of the camera is as yet unclear.

Canon has kept the sensor resolution of the EOS R5 a closely guarded secret but rumors do suggest it will be 45MP. All we know for sure, though, is that Canon is going to use a “newly designed CMOS sensor” in the new shooter.

We also know for sure that the camera is capable of 8K video capture (more on that later), meaning the camera would require a sensor with 7680 x 5120 pixels. That puts the sensor’s resolution in the 40MP ballpark. We’ll have to wait and see, though.

While we have no idea about the EOS R5’s autofocus system, Canon has confirmed that the upcoming camera will be capable of shooting stills at 12fps bursts when using the mechanical shutter, while matching the EOS 1D X Mark III’s 20fps continuous shooting speed when using the silent shutter or shooting in Live View. That’s a pretty speedy camera, making it faster than the Sony Alpha A7R IV’s 10fps burst speed and the Nikon Z7’s 9fps, and quick enough to be used for sports and wildlife photography.

We’re expecting the EOS R5 to make use of the new Digic X processor that debuted in the pro sports DSLR recently, although we’ll have to wait for confirmation from Canon on that regard.

This is the headline act: Canon has confirmed that the EOS R5 will be able to capture 8K video. This is the first time such high resolution recording ability has made its way to a consumer-level snapper (matching the newly-announced Samsung Galaxy S20’s video prowess), while it’s already available on some of Canon’s premium cine cameras.

According to Canon, having the ability to shoot in 8K will allow users to extract oversampled 4K video and “extract high-resolution still images from video footage”.

The adoption of 8K video capture might indicate a sea change happening at Canon. Where it was one of the last camera makers to make 4K recording the norm in its consumer-level shooters, it’s the first one to adopt super-high resolutions for movies, although we’re not expecting it to become standard on all consumer cameras any time soon.

Frame rates are also an unknown at the moment, but previous reports claim the EOS R5 should be able to capture 8K at 30fps and 4K at up to 120fps.

The processing power that will be required to record 8K movies would generate a huge amount heat though, and it’s as yet unclear how the R5 will handle this. From the images we’ve seen, there doesn’t appear to be a heatsink built in, like the one on the Lumix S1H.

Canon has, historically, shied away from adding in-body image stabilization (IBIS) to its cameras, relying on lenses that have in-built stability. Which makes the R5 unique as Canon has announced that the new camera will come equipped with IBIS that “will work in combination with the lens stabilization system” when using glass that comes with built-in stability.

Canon Rumors reported in January that the R5’s IBIS would lend 5 stops of stability on its own, but would get bumped to “7-8 stops of correction when used with in-lens stabilization”. If true, that would make handheld shooting with the R5 a dream and we can’t wait to try it out for ourselves.

With both Wi-Fi and Bluetooth available in pretty much every modern camera, the R5 will definitely have both on board, with rumors suggesting the snapper will support 5GHz Wi-Fi for faster transfer speeds. We’re unsure whether the R5 will support just 5GHz wireless or whether, like the Sony Alpha A9 II, it will support both 2.4GHz and 5GHz – having both might appeal to the pros still hanging on to older gear.

While we don’t even know if Canon will employ the latest Bluetooth 5.1 standard for wireless connectivity, the company has announced that users will be able to upload images in original resolution and quality directly to Canon’s new Image.Canon cloud platform that will be available starting April 2020.

The EOS R5 will also feature dual card slots, although whether they’ll both support high-speed SD cards or CFExpress like the EOS 1D X Mark III is anyone’s guess. A recent bit of speculation from Canon Rumors, though, suggests that the EOS R5 will have an CFExpress and SD (UHS II) slot. This means you get the option of the lightning fast data transfer speeds of CFExpress, but aren’t forced to exclusively use those very pricey cards for less demanding shooting.