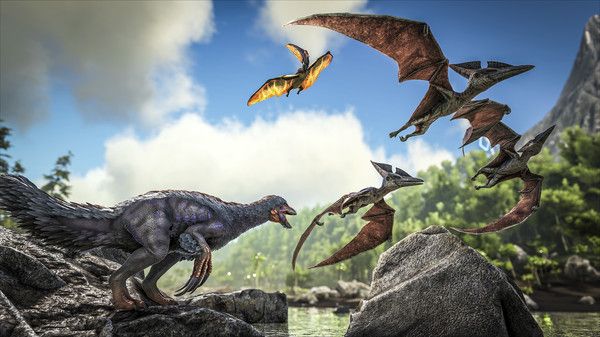 It’s a wild world out there at the moment – grocery shopping has become a lawless pursuit of multipacks of toilet roll and pasta, and even stepping outside your door is an exercise in caution. It’s almost like we all need a little practice in how to survive in this brave new world.

Enter the best survival games! Designed to test your endurance, your ingenuity and, in many cases, your capacity for scares. Collecting resources, taking on – and hiding from – enemies, all while trying to protect your base of operations, they can be brutal, and brutally addictive.

Here’s our pick of the best survival games you should be playing.

From it’s lovely Tim Burton-esque art style to its deep and engrossing crafting system, Don’t Starve is like a nightmare as conducted by Roald Dahl. Exploring its creepy world is never jump-out-of-your-seat frightening, but you’ll be terrified if you lose all your progress being killed by a marauding spider thing. If you’re stuck indoors, consider picking up the Don’t Starve Together add-on too, which introduces four player co-operative play into the mix.

There’s a part of us that feels that, after the release and subsequent polishing of No Man’s Sky, all other games should just go home. What’s the point in playing something else when No Man’s Sky offers an entire universe for you to explore? A phenomenal technical achievement, and sci-fi nerds dream, it’s also a great survival sim, as you’ve got to collect resources, craft new gear, upgrade ships and defend against a menagerie of environmental hazards and intergalactic nasties.

There’s never really been a good Jurassic Park game, and while it’s not officially licensed, Ark: Survival Evolved might be as good as we’ll get. Waking up on a deserted beach with just your wits and a loincloth, it’s up to you to find shelter, craft tools and weaponry and forge alliances with fellow players on an island teeming with giant aggressive dinosaur inhabitants. It’s a bit rough around the edges, and very unforgiving for newcomers, but getting to the point where you’ve tamed your own ferocious T-Rex still takes some beating.

You know what survival games need even more of? Dongs! More dongs! And this time, with a dong-size slider in the character creation screen. Yep – build-your-own dong. And that’s before the game has even properly started. Obviously not one for the kids then, but this barbarian-themed survival game does Arnie proud with brutal combat, lush environments to explore and giant settlements to create. And massive dongs.

Perhaps the most famous survival game of them all – although for many that side of Minecraft has slid into obscurity. While many now dive into the friendly build modes, at the heart of Minecraft remains an engrossing survival adventure, seeing you collect resources, build a shelter, and heading into the heart of the Earth to take on the increasingly aggressive inhabitants while hunting for rare treasures.

Taking the survival genre from terra firma to 20,000 leagues under the sea, Subnautica mixes sci-fi scares with underwater thrills. It’s one of the most polished survival games out there, with a unique world to explore and a great loop of resource gathering, enemy battling and base improvements.

The survival daddy in many respects, DayZ started life as a mod before blowing up in such a huge way that it became its own game. Based on military sim Arma 3, it adds that ol’ faithful of videogames, zombies, into the survival mix. However, it’s not the undead you need to be most afraid of, but other players – they roam the maps in makeshift gangs, preying on the weak and stealing your hard earned gear.

This one’s great for horror fans – it’s the most out-and-out scary on the list. As a survivor of plane crash landing in that titular forest, The Forest has you evading the wandering mutant cannibals lurking among the trees, while building a fortress up in the branches. A toughie, and most enjoyable with a gang of pals.

Like a 16-bit Minecraft, the pixel-art Terraria is one of the most popular survival games out there. Colorful and vast, Terraria lets you take on lots of monstrous foes, digging deep into endless caverns before returning to your home to construct gigantic bases to hone your skills in. It’s a great game, with a cutesy art style that belies its complexity.

Starbound has a very similar artstyle – and playstyle – to Terraria, but takes the endeavour up to the outer reaches of space. It has the same side-scrolling open world exploration, but has a bit more of a quest system than some of the more free-form entries into this list. A great one for Terraria fans.

From Fortnite to Apex Legends, you could make a good argument for including the battle royale genre as a whole to this list of survival games. PUBG was born from an Arma mod in the same way Day Z was, and from its success comes Fortnite, Apex Legends and the rest of the pretenders. From collecting your gear to aiming to be the last person standing and, in some cases, some quick fire shelter building too, the heritage is clear.