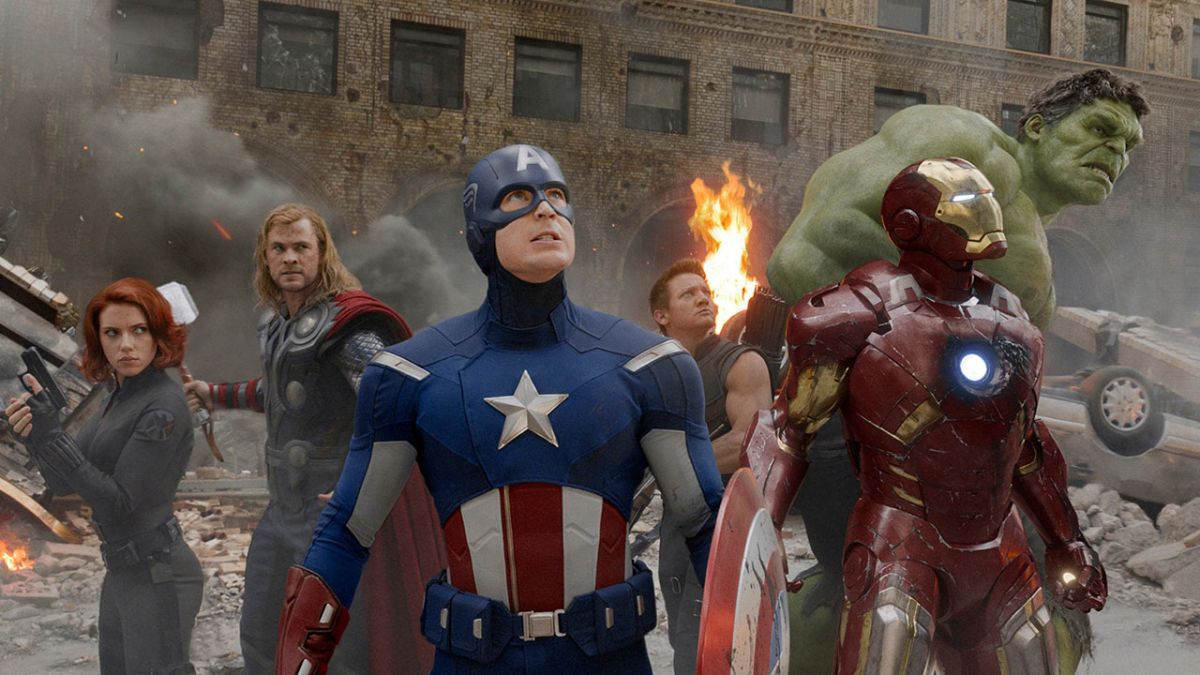 Amazon Prime Video is no slouch when it comes to its movie selection. The retail giant has invested in original cinema for years, and now has a decent array of self-produced movies alongside films from other studios – meaning you’ll never be short of things to watch.

If you’ve never tried Amazon Prime Video before, the best part is you can watch it as part of your Prime subscription. So if you regularly use Amazon’s Prime delivery service, this is another perk you can enjoy.

Prime Video doesn’t just have movies, either. Check out our pick of the best Amazon Prime shows for more on the TV available on the platform.

After something to watch? Here are the 20 best Amazon Prime movies that you can stream right now in the US.

Adam Driver stars in this Amazon-produced movie inspired by real world events – in this case the report that detailed the CIA’s torturing of detainees after 9/11, which was released back in 2014, and the challenges that faced those who tried to bring it to light. It’s the kind of tense political drama you’re going to enjoy if you favor movies like All the President’s Men, or the 2017 Spielberg picture The Post.

This movie really isn’t what you think it is based on the romcom-esque image above. Kumail (Kumail Nanjiani), an Uber driver and aspiring comedian, begins a relationship with Emily (Zoe Kazan), which ends after Kumail shares doubts about their long-term status as a couple. Emily then falls seriously ill and is placed into a coma, and Kumail gets to know her parents (played by Holly Hunter and Ray Romano) as a result. The romcom part of the movie is relatively short; this is a frequently hard-to-watch drama about an unusual start to a relationship.

Jim Jarmusch has always been eclectic in his film choices. Whether it’s meditations on death (Dead Man), Eastern philosophy (Ghost Dog) or, er, vampirism (Only Lovers Left Alive), his take on storytelling in any genre is always unique. In Paterson he has created a heartwarming movie about a single day in a poet’s life. That someone happens to be called Paterson, and he also lives in Paterson, New Jersey. Adam Driver is great as the central character: his slow-burn acting style suits a film that’s suitably laid back in its storytelling.

Apocalypse Now is a rare gem of a movie. Born out of chaos, where leading actors had to be replaced, medical problems blighted the shoot and Marlon Brando went somewhat off-piste, it’s a miracle there was any film at all to show for the shoot, let alone one of the greatest movies ever made.

Based loosely on Joseph Conrad’s novella Heart of Darkness, the film follows a soldier’s descent into hell as he tries to track down the elusive Colonel Kurtz, a decorated war veteran who has seemingly gone mad. From the amazing visuals, to the sweeping score, to the acting chops of the main cast, Apocalypse Now is a terrifying masterclass in filmmaking.

This is an easy double-movie bill, as both films are under 30 minutes each. The Gruffalo is one of the most loved characters in children’s literature and this CGI retelling of the tale is simple yet very effective. While it doesn’t have the best animation, it makes up in charm and is perfect fodder for your little ’uns.

Well this was unexpected. The name Hell House LLC doesn’t exactly scream ‘must watch’ but despite its rather Grindhouse-esque title, this is a brilliant slice of horror.

The plot is simple: a group of friends who create haunted house experiences for Halloween find a house to convert that’s seemingly filled with real-life ghosts. The movie is their footage spliced together, with police reports and the like.

The found footage genre is rather stagnant now but Hell House manages to breathe new life into it, mustering up some genuine scares that will have even the most hardened horror fans watching from behind their fingers. Its final scenes don’t quite match what went before it (or make much sense) but this is one of the best horror films to come out in years.

A couple of students in a strained relationship (Florence Pugh and Jack Reynor) take a trip to Sweden for a festival, only to become embroiled in the disturbing goings on of a pagan cult. To say much more would spoil this movie’s extremely nasty surprises, but if you’re a fan of The Wicker Man, it’s well worth watching. There’s a reason Ari Aster is considered one of the most exciting new voices in modern horror. Speaking of which…

Ari Aster’s debut horror movie is also available to stream on Amazon Prime. This film about a family troubled by spirits isn’t quite as scary as its reputation suggests, but Hereditary is certainly a gruesome, difficult watch packed with shocking moments and a bizarre third-act twist.

Its fantastic ensemble cast, led by Toni Colette as the mother of the family, very much hides the fact you’re watching a relatively low-budget horror flick.

A family tries to survive in a world where creatures that track sounds to kill their prey has wiped out most of the human population. This simple premise is turned into a tense and frequently scary movie by first-time director John Krasinski, who also stars alongside Emily Blunt. A Quiet Place was a smash hit, and a sequel is on the way in 2020.

Under the Silver Lake

There’s something compelling about this contemporary-feeling mystery drama from the director of horror sensation It Follows, even if it’s got a bunch of problems: it’s too long, it’s too male gaze-y and it’s too pretentious.

But this story about a missing woman does have a genuinely interesting solution to its core mystery, and the dreamy, empty way Under the Silver Lake portrays LA gives it a real sense of place. Critics were split on it, but it’s worth watching if you’re a fan of neo-noir movies.

Mindy Kaling writes and stars in this film about a veteran late night host (Emma Thompson) who hires Molly Patel, an Indian-American woman, to diversify her otherwise male-only writers’ room, in an effort to shore up the show’s ratings and credibility. With great, quickfire jokes and a strong ensemble cast (Hugh Dancy and Amy Ryan co-star), Late Night is another strong original Amazon flick.

Disney Plus doesn’t completely dominate the Marvel movies back catalog just yet. You can stream the original (and still arguably best) Avengers movie on Amazon Prime, too, and it’s just as colorful and fun as you remember it.

The Silence of the Lambs

This classic crime thriller based on Robert Harris’s novel is always worth rewatching, especially if you’ve just come off the back of a marathon of the Hannibal series on NBC.

It may be best remembered for Anthony Hopkins’ iconic, sinister portrayal of Hannibal from behind bars, but Jodie Foster is equally phenomenal as the capable FBI rookie Clarice Starling. (Just make sure you skip the other two movies featuring Hopkins’ version of the character.)

Other than John Wick, there aren’t many modern action movie series that have a good critical reputation. Mission: Impossible, still going after more than two decades, is in good hands with director Christopher McQuarrie. 2018’s acclaimed entry features a mustache-ready Henry Cavill as Ethan Hunt’s latest opponent, and a ludicrous helicopter scene that required Tom Cruise to learn how to fly one beforehand.

Lady Bird is about the character’s fraught relationships with her mother, father and best friend. It’s the kind of coming-of-age drama you might feel like you’ve seen before, but it’s also presented in a very contemporary way with a great ensemble cast.

This heist comedy from Steven Soderbergh sees two brothers (played by Channing Tatum and Adam Driver) teaming up with a criminal (Daniel Craig) to rob a racetrack while the race itself takes place. It’s a fun caper with great one-liners, and it first alerted Hollywood to the comedic potential of having Craig perform an American accent, which would later be taken to a logical conclusion in Knives Out.

Star Trek 2: The Wrath of Khan

Widely considered the best Star Trek movie featuring the original cast, The Wrath of Khan has the crew of the Enterprise facing off against old foe Khan Noonien Singh (Ricardo Montalbán), who seeks revenge on Kirk after the events of the original series. Nicholas Meyer’s movie revived interest in the series, paving the way for the franchise’s dominance in the late 80s and 90s.

Todd Solondz is one director that doesn’t mind tackling some of the most controversial, degrading and downright embarrassing situations humans can find themselves in. He continues this theme with Wiener-Dog – a movie dipped in dysfunction that’s split into four parts – each part telling the story of the owner of a wiener-dog.

It’ll certainly make you laugh, and some characters from Welcome To The Dollhouse make a welcome return, but you’ll likely feel uncomfortable throughout too.

Jim Jarmusch uses music in his movies to fine effect, so it makes complete sense that he is the one to helm a documentary about The Stooges and their enigmatic frontman, Iggy Pop. The Stooges may not have hit the heights of, say, The Rolling Stones but they’re an important piece of the rock puzzle. This doc does well to uncover what made the band tick, complete with recent talking heads with members of the band.

The First Avenger is still one of the best Marvel solo movies, in a Captain America trilogy that’s much stronger overall than the Thor or Iron Man movies.

Joe Johnson’s WW2 action film is reminiscent of his own cult hit The Rocketeer, as the young, weedy but good-hearted Steve Rogers (Chris Evans) is transformed into a patriotic hero. The timeframe of the movie’s setting means it’s unlike any of the MCU pictures that would follow, and it actually has a romance that’s well-handled, with a fantastic co-star in Hayley Atwell’s Agent Carter.