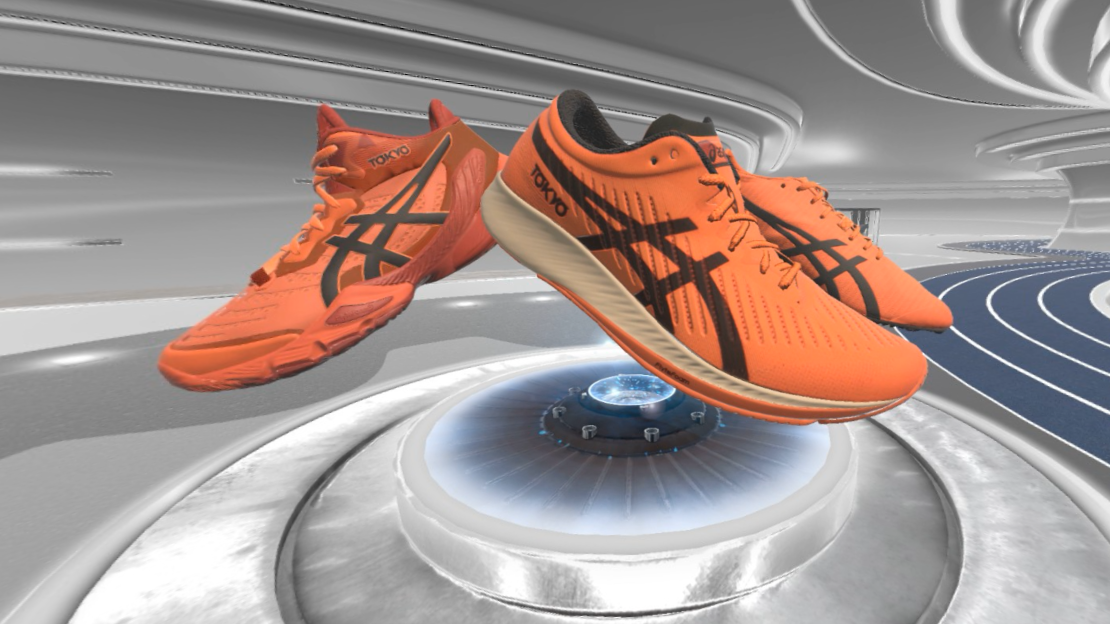 Asics has released a trio of new sports shoes in a VR showroom, including its first pair of running shoes with a carbon fiber plate.

Following the success of Nike’s VaporFly running shoe, and the decision not to ban such designs at the (now delayed) Tokyo 2020 Olympics, it was only a matter of time before Asics followed suit with its own carbon plate design.

The Asics Metaracer is a distance running shoe that features a carbon fiber plate for improved stability, a redesigned toe-spring shape to reduce strain on your calf muscles, and a redesigned mesh upper to keep your feet cool.

The company tested a prototype carbon fiber-plated shoe with triathlete Jan Frodeno in the 2019 Ironman World Championship, but this is its first official reveal.

The launch was originally scheduled to take place at the Asics Innovation Summit in Japan, but travel restrictions meant the organizers switched to a ‘virtual innovation lab’, where attendees were able to see the design in three dimensions and listen to presentations from home.

Asics also used the VR event to unveil a new track shoe; its first without metal spikes, which are traditionally used to provide sprinters with extra traction, but add extra weight. The Metasprint replaces the spikes with a honeycomb carbon fiber outsole that offers comparable grip, but is substantially lighter than traditional designs.

Asics claims that the lack of spikes also means improved power transfer with every step, which in turn leads of faster speeds.

The third and final design in the new lineup is the Metarise – a volleyball shoe designed to help you jump higher when attacking the ball. A beveled heel and sole, together with winged midsole support, help set you up for higher jumps, while Asics’ proprietary Flytefoam provides a soft landing.

Pricing and availability are yet to be confirmed, but it will be particularly interesting to see how the cost of the Metaracer compares in an increasingly competitive niche.