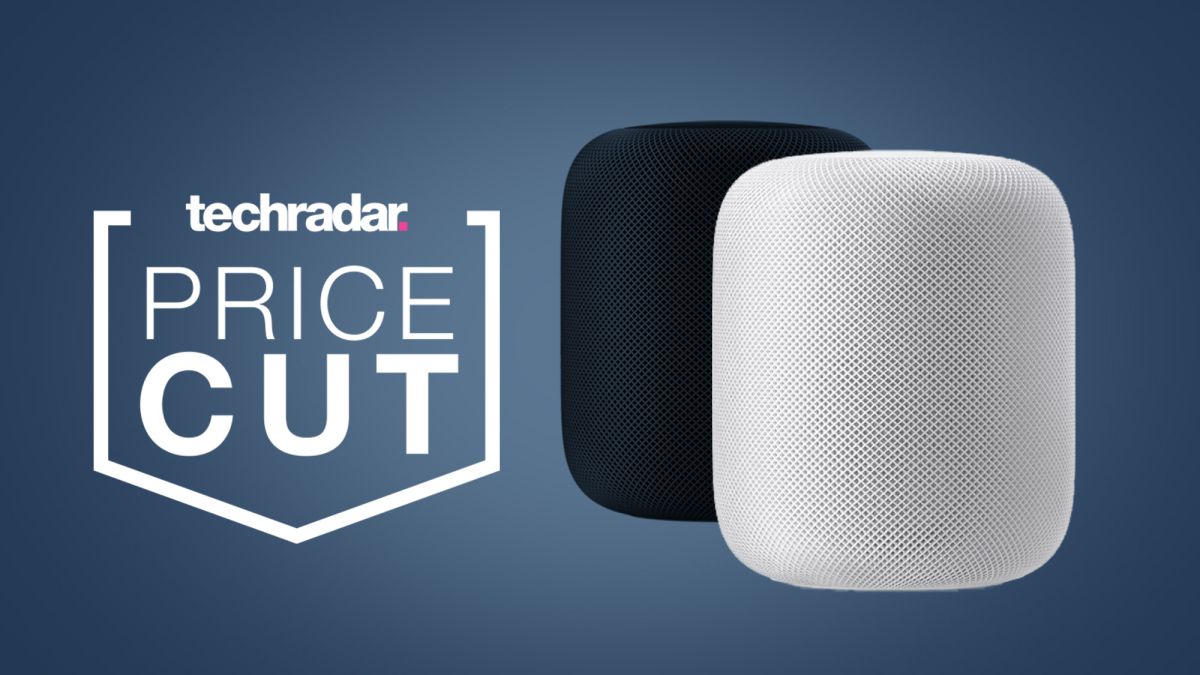 Apple HomePod deals are certainly rare, but that’s not stopping these savings from spilling into the weekend. You can pick up an Apple HomePod smart speaker for just $199 in the US and £199 in the UK right now, with US shoppers also taking advantage of free Apple Music for 4 months (new subscribers only) with their purchase.

You’ll find fantastic audio quality in here, with sound to rival Bose’s smart speaker offerings (currently down to $299 / £299) and a 3D spatial audio system that maps the room for wall to wall sound. With all that belting out around you, there’s also a six-microphone array to ensure Siri can always catch your next query.

If you’re looking for a cheap smart speaker for simple Alexa requests, you’ll be better off with an Echo Dot. That’s to say, this isn’t for those looking to integrate their digital assistant into their home life via voice activation. Instead, this is a smart speaker with some hefty power. In fact, the Apple HomePod works damn hard to justify its usual $300 price tag, making that $100 saving even better.

However, you’ll have to remember that this is an Apple product, which means you’ll only be able to hook up the rest of your smart home if it’s Apple HomeKit compatible. If you’re just starting out, or you’re already working with Apple-enabled devices, this Apple HomePod deal is a rare opportunity to grab a high-performance smart speaker at a fantastic price.

If you’re already in too deep with other ecosystems, you can also check out those Bose Home Speaker deals we mentioned earlier further down the page.

Apple HomePod | $199.99 at Best Buy
Apple’s answer to the smart speaker market currently booming with digital assistants, the HomePod combines Apple’s Homekit smart features into a versatile speaker with fantastic audio quality. This is more than your average voice assistant, though, with A8 processing running high-performance audio and spatial awareness to fill a room with sound, this is a powerful home audio solution that’s not to be overlooked for its incredible sound. Siri’s also hiding in there as well.
View Deal

Apple HomePod | £199 at John Lewis
Going full Apple for your smart home may be pricey, but thanks to regular deals and sales, it’s easier than ever to kit out your place with the latest high-performance smart home tech. Apple’s HomePod offers intelligent audio on a set of powerful speakers, with Siri functionality as well. Plus, you can pick up a two-year guarantee from John Lewis with this Apple HomePod deal.

If you want a cheap smart speaker, there’s no better place to look than these excellent Amazon Echo deals or Google Home prices. You can also find all the latest Apple HomePod sales right here on TechRadar, and if you’re going for audio alone, you’ll find the best Bose speaker deals as well.