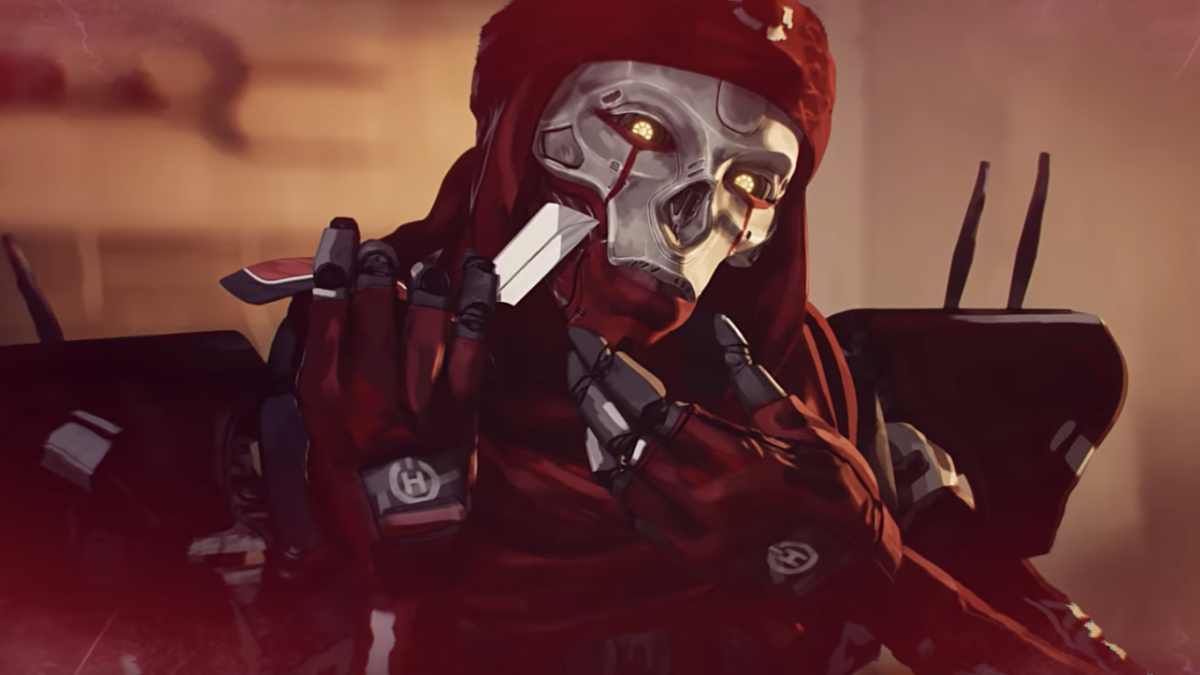 EA surprised many with the sudden announcement of Apex Legends back in February 2019, a free-to-play battle royale shooter that sees the publisher going toe-to-toe with genre mammoths PlayerUnknown’s Battlegrounds and Fortnite Battle Royale.

Developed by Respawn Entertainment and set in the Titanfall universe, Apex Legends is a squad-based battle royale shooter where teams of three go up against 57 other players to try to gather loot and be the last person (or squad) standing.

However, unlike Fortnite and PUBG, Apex Legends sees players take on one of eight classes, each represented by a unique character (imagine Fortnite mixed with Overwatch and you’ll be on the right track.)

Apex Legends has now celebrated one year of play and is into its fourth season, Assimilation, which began on February 4 2020.

If you’re new to Apex Legends and looking to see what you’re missing or you’ve dropped off the map for a while and you’d like to catch up on the latest, we’re here to keep you up to date on what’s fresh in Apex Legends.

Apex Legends is an engrossing, revamped take on battle royale that as it stands cannot be beat for its attention, detail and care:

Great use of team interaction

Definitely not a single-player game

As we said in our full Apex Legends review:

“Truth be told, the Battle Royale movement has never quite grabbed me. I dabbled in PUBG and spent a dozen hours or so with Fortnite, yet nothing ever quite stuck the landing. Apex though, has got me hook, line and sinker. Featuring intuitive controls, an outstanding comms system and remarkable rogue’s gallery, Respawn has created what feels like the AAA outing for the genre.”

EA has announced that it’s suspending its live esports events, including Apex Legends’ first Global Series Major, due to the recent coronavirus outbreak. Calling the outbreak “unprecedented” in its official announcement, EA said suspensions will be in place from March 13 until the global “situation improves” in order to protect all of those involved in the esport.

EA has said the suspension “includes EA-operated events as well as third-party events run under license from EA. Additionally, this includes all competitive gaming content except for broadcasts that can be individually produced remotely. Online events, where participants and staff are remote and separated will continue.”

It’s important to note, however, that the second Global Series Online Tournament will still go ahead on March 21 and 23.

The next Apex Legends event has been announced: System Override.

Running from March 3 to March 17, System Override introduces a new limited time mode called Deja Loot. In this mode there’s one ring pattern per day and loot spawns will be permanent, so if you find something good in one match, it’ll be there the next as long as someone else doesn’t get to it before you. This limited time mode should make strategising more interesting and is playable on the World’s Edge map for the first week of the event before moving to Kings Canyon for the second week.

While playing Deja Loot, there’s a chance to find a new shield called the Evo Shield. Initially, it’s not particularly powerful but it becomes stronger as you damage other players and there are four levels of strength through which you can build. Respawn is looking to gather player feedback on the Evo Shield to see if and how it might add it to the rest of the game outside of Deja Loot.

Like January’s Grand Soiree event, System Override has an Exclusive Prize Track through which players can earn rewards. This time, though, it’s been improved with more rewards and more frequent challenges to complete.

There’s up to 1000 points per challenge set up for grabs and the sets will refresh daily.

As a Collection Event, System Override also has a set of 24 themed, limited-time cosmetics. All of the items can be purchased directly or found in Event Apex Packs, with each Event Pack containing one event item and two non-event items.

Players who unlock all 24 items will also unlock an Octane Heirloom set for free.

As of February 4 2020, Apex Legends: Assimilation is underway.

So what’s new? Well, there’s a new Legend, a new weapon, some map changes and an all new Battle Pass to get started on. Read on for a rundown of what to expect.

As with previous seasons, Apex Legends Season 4 has introduced a brand new Legend. This time, things went a little differently. Originally, Forge, a robotically enhanced fighter was introduced as the legend for Season 4. However, he was then murdered and replaced by Revenant (the character fans long-suspected to be the Season 4 legend anyway).

Revenant, also known somewhat more tellingly as the “synthetic nightmare” was once human and the “greatest hitman the Mercenary Syndicate ever had”. But when his programming failed, he saw what his employers and Hammond Robotics had turned him into: “a walking nightmare of steel and vestigial flesh.”

Those familiar with the Titanfall universe will know Hammond Robotics as the creators of the Titans and it seems that they’re going to be playing a bigger role in Apex Legends this season.

As far as abilities are concerned, Revenant’s tactical ability is “Silence” which allows his to throw a device that deals damage and disables enemy abilities for ten seconds. His passive ability is “Stalker”, which makes it possible to crouch-walk faster and climb higher than the other Legends can. Finally, his ultimate ability is “Death Totem” which allows him to drop a totem that protects those who use it from death for a set amount of time. Instead of being killed or downed, a player will be returned to the totem instead.

The Sentinel has been confirmed as the new weapon in Season 4 of Apex Legends. It’s described as a powerful bolt-action sniper rifle which stands apart from other weapons of its ilk as it comes with a charge mechanic. In the dev stream released before the season launch, it was hinted that this mechanic will give players a little more decision making to do when making a shot and could provide some interesting gameplay.

Season 4 has brought some map changes, the designs for which have been driven by a desire to “get players to make new decisions”.

The Planet Harvester is a key addition to the World’s Edge skyline. Hammond Robotics are using the device to harvest materials from the core of the planet for unknown (but likely nefarious) reasons.

The Planet Harvester offers a large, multi-level space in which to play and since there’s not been anything like it before, it brings new gameplay options. According to Respawn, fights in this area tend to be “self-contained as squads will tend to enter the fights through the long hallways that lead to the center of the structure.” The expectation is that this will make third parties more predictable.

As well as being a change, Planet Harvester has wrought some changes of its own: it’s split Capitol City in two.

Now the city is made up of two zones, Fragment East and Fragment West, with a large fissure of dead space between them. This fissure can only be crossed in two locations by means of a zipline and a fallen skyscraper bridge.

If you do happen to fall into the fissure between the zones because of a poorly timed jump or sheer curiosity, you’ll find yourself carried slowly back up and allowed to land on the other side you were probably trying to get to. The downside is you’ll take 25 damage for the fall and, as you float up, you run the risk of being a sitting target for enemies.

A smaller addition is the Survey Camp. This area will have Weapon Racks which will have guaranteed weapons up for grabs, making it a tempting place to visit.

As Season 4 is launching on the one year anniversary of Apex Legends, there’s going to be a special event. According to Respawn, those who log into the game in the first week of Season 4 (that’s February 4 to February 11) will receive an Anniversary Gift. this includes a Year 1 Origami Flyer charm, a Year 1 loyalty badge and 10k XP for your first match of the day for every day the event is running.

It wouldn’t be a new season of Apex Legends without a brand new Battle Pass. For 950 Apex Coins you can pick up this pass which offers 110 levels to climb by completing daily and weekly challenges, with more than 100 exclusive items including Legendary Skins, Apex Packs, Loading Screens and Music Packs to earn.

Players who pick up the battle pass immediately unlock the Legendary R99: Zero Point skin and three new Epic Legends skins. Getting through the rest of the levels could see you earn Rare and Legendary rewards like the Health Drain Lifeline, Blue Steel Crypto, Cyber Punked Wattson and Heat Sink Flatline.

As Respawn is seeing more players move into the upper echelons of the rankings to become Apex Predators, it’s finding that it’s getting harder to “showcase the skill between any two Apex Predators this season.” As a result, a new tier, Master Tier, has been added between Diamond and Apex Predator.

As far as Splits are concerned, after looking at the lengths of previous Ranked Series, Respawn has decided that Series 3 will be three months long, like Series 1, but that it will be divided into two Splits.

This means that Ranked Series 3 essentially comes in two parts, with Split 1 taking place on World’s Edge, while Split 2 will freshen things up by taking place back at King’s Canyon.

Soft resets will take place between each Split and Respawn has confirmed that “ranked rewards will be granted for the highest tier achieved in either split of the series, but exclusive animated badges will be granted if you can make it to the same tier both splits.”

There are also some new party restrictions as the game moves into the new Ranked Series. Players will find that once they get to Platinum Tier or higher, they’ll only be able to party with players who have 1 Tier of difference from them. It’s hoped this will keep matches more tight when it comes to higher skill levels.

Entry RP cost to Ranked Series is also the same and there won’t be any further changes to the scoring system.

Apex Legends can be difficult to get to grips with. There are a lot of different characters each with their own abilities and skills, plus this battle royale arguably leans more heavily on strategy and teamwork than some of its competitors.

Get ahead of the pack with our selection of Apex Legends guides, designed to help you become a champion.

Apex Legends can be downloaded for free from the PlayStation Store, Xbox Store, Origin Store or Apex Legends website. Simply search for the title, download the game and enjoy!

But do keep in mind that a good internet connect and subscription to either PS Plus, Xbox Live or Origin Access is required to play.

The good news is that Apex Legends is also coming to mobile in the future, following in the footsteps of Fortnite and PUBG.

Now that Season 4’s launch date has been confirmed for February 2020, we’re reaching the end of the known world for Apex Legends. No doubt, in the coming months, Respawn will establish and reveal its new goals for the game’s second year.

Is Apex Legends coming to mobile?

Yes. In EA’s quarterly earnings report, the publisher announced that it’s looking at bringing the Respawn Entertainment-developed game to mobile platforms and to both South Korea and China.

We shouldn’t expect to see Apex Legends on mobile for at least a year, though. According to EA Chief Executive, Andrew Wilson, the game won’t launch until the fiscal year 2021.