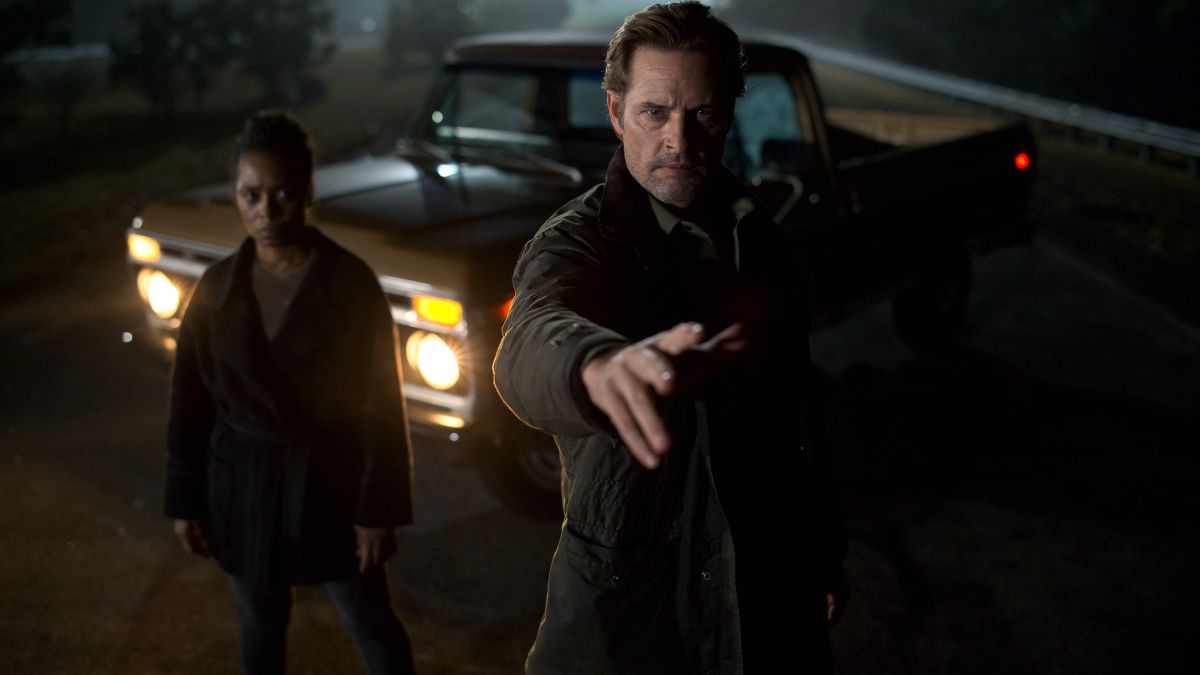 I wish I liked Amazing Stories, Apple’s reboot of an NBC anthology series of the same name that was produced in the mid-1980s. It’s one of Apple TV Plus’ tentpole shows and had the opportunity to lift the streaming service out of the rut it’s been stuck in. But it doesn’t.

And Apple TV Plus might never get its comeuppance if shows like Amazing Stories continue to fail to stand up to their Netflix counterparts – in this case, the incredibly thought-provoking, cerebral masterpiece that is Black Mirror.

Anthologies present a unique opportunity to explore pressing societal issues or existential deliberations in a way that traditional serialized dramas can’t. Often they can do it in such a way that makes you feel something deeply profound in just 30 minutes’ time, and stick with you long after the credits roll.

Amazing Stories, in its own bland way, tries to venture down this road and immediately gets off at the first exit without imparting any particular emotion – and that’s really just the start of its problems.

So, what’s wrong with it?

For starters, Amazing Stores kicks off with probably its weakest episode, called The Cellar, that opens in 2019 with two brothers played by Dylan O’Brien and Micah Stock as they renovate an old house.

O’Brien’s character Jake, who hasn’t had much luck with women in this century, finds a time-traveling barometer (yes, you read that right) in the basement of the house and is shuttled back to 1919 once the town is hit by a once-in-a-lifetime* low-pressure weather system. (*It happens at least four times in the episode.)

Once Sam hits the past and the story gets moving, it briefly pauses on the historical inequality between men and women, and the lack of agency women had (and in some ways still have) but – and here’s the show’s biggest issue – it then avoids confronting these problems in any real way. What should be the crux of the story becomes the b-plot to a sub-par main thread.

Instead, Amazing Stories lures you in with a time traveler’s love tale, and then, for whatever reason, flippantly deviates at the last minute just to stop you from getting any sort of catharsis for the time you invested. And it does that for every episode.

Worse, character development is done in such a contrived, mechanical and painstakingly long way, that you almost begin to dislike the characters. One particularly egregious example of this is when the show’s second episode feels compelled to introduce you to family members of one of the characters only to show that character once more in the background.

Now all of this would be tolerable if the show’s payoff – the genre’s twist that has been a staple since the ’60s – was more memorable, or at least tolerable. But, of all four episodes I’ve seen so far, it’s not.

Is Amazing Stories a relic of a bygone era?

I know this isn’t exactly a fair criticism, but one of the show’s issues is that it purposely decides to keep things family friendly and almost sickeningly sweet at times to bolster Apple’s family-friendly image.

Now look, forcing a politician to have intercourse with a farm animal isn’t exactly a prerequisite to create a good anthology series, but you have to admit it’s a premise that sticks with you.

Amazing Stories never treads into these dangerous waters. Not in terms of its premise, nor in terms of its ability to present something compelling. It adheres to Apple’s policy of always putting its products in the hands of the good guys, keeping cursing to a minimum and never asking audiences to think too hard about its characters, their motivations or their situations.

It’s a huge disappointment as far as anthology series go.

Whatever the reasoning is – and it’s likely more than just any one thing – its 6.4 rating on IMDB shows the world has moved way past Amazing Stories’ tepid storytelling.

The brighter side of Apple’s anthology series

If it’s not apparent by now, the name ‘Amazing Stories’ is a bit of an overstatement – but the series does have one redeeming feature: because it strays so far away from telling darker stories, inside every tale of Apple’s anthology series is a really sweet gesture of kindness, a story within a story that shows a better side of humanity.

These gestures take a number of forms – in the first episode it’s a sacrificial act in a cellar, in the third episode it’s a cantankerous grandpa’s consoling of his grandson. In another, it’s an alien’s literal sacrifice to save a character’s life. Each episode has an act of selflessness that belies anything… well, actually ‘amazing’ about the stories.

Unfortunately these moments last approximately 10 seconds in a one-hour episode and don’t stick with you the same way, say, watching someone’s leg get broken does. (Spoilers: this might be the most memorable part of the whole series so far.)

I’m not advocating that Amazing Stories needs to be one hour of torment and torture – I’d hate that show, too – but when the stakes are this low, it’s hard to care about the characters and plot of Apple’s lackluster anthology series.

Long story short, as much as I admire Apple’s decision to keep things warm and fuzzy, Amazing Stories ultimately plays it too safe and Apple TV Plus is all the worse for that decision.