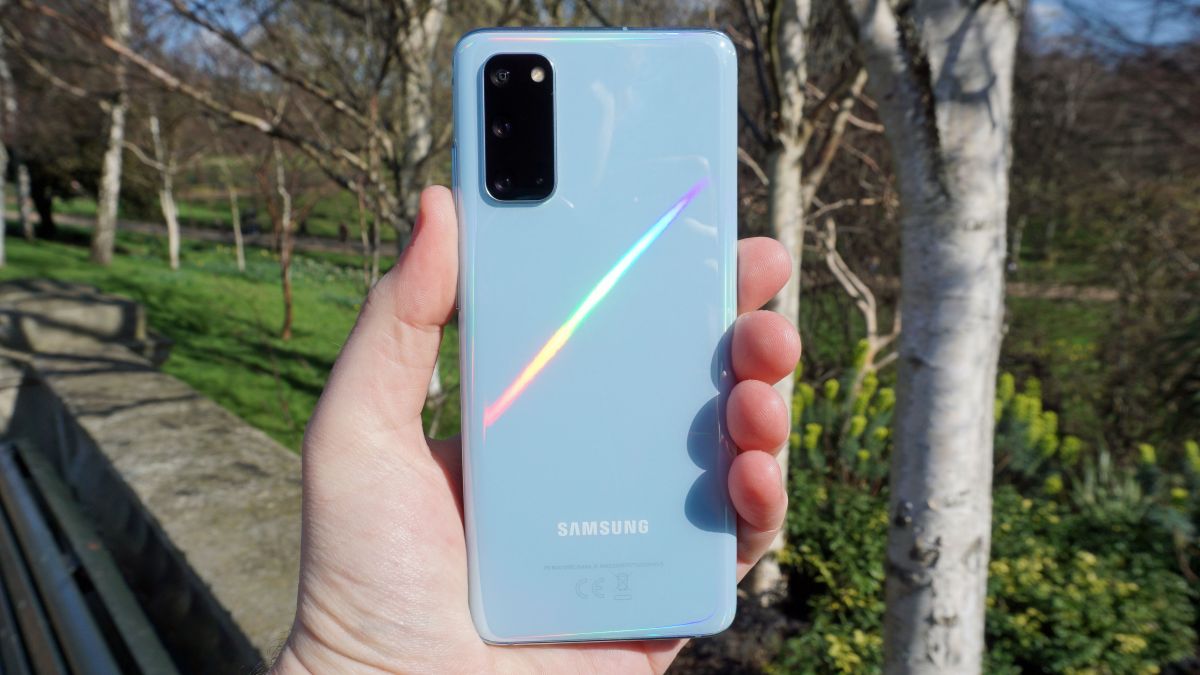 The Samsung Galaxy S20 is one of the most anticipated phones of the year, and it’s now on sale in the US (other territories, including the UK, are set to get the phone on March 13).

We’ve been spending some quality time with our very own Galaxy S20 for a little over a day now. We’re in the process of putting together our full review – we hope to have that with you at some stage next week – but for now, we wanted to share some of our initial thoughts on the latest Galaxy flagship.

It’s very difficult to get a clear picture of how good a phone is in just a day – hence why our reviews often take around a week to complete – but we can give you a few pointers on what to expect if you’re planning to pick up the Galaxy S20.

1. It’s far easier to handle than the Galaxy S20 Ultra

If you’re looking for a phone that’s easy to handle, the Galaxy S20 is the best option of Samsung’s three new handsets.

It’s far lighter – the S20 is 163 grams, while the S20 Ultra was one of the heaviest phones we’ve ever used at 222 grams – and that obviously makes it easier to hold, while its size means we’re able to comfortably hold it in one hand.

Of course, most people won’t be coming to the S20 from a handset with a huge 6.9-inch display (that’s what the Ultra is sporting), but we’re finding this phone far easier to handle – and it doesn’t weigh down our trousers anywhere near as much as the Ultra did.

The zoom capabilities of the standard Galaxy S20’s camera are probably going to be enough for most people.

One of the S20 Ultra’s big selling points is a 100x zoom that’s mind-boggling when you first use it. We’ve written extensively about the feature here, but while it’s certainly a groundbreaking feature we’ve found it to be of limited value in everyday use.

The S20 only goes up to a 30x zoom, but that in itself is quite remarkable. In our brief time testing the feature, we’ve been impressed with the quality you’re able to get. Here’s our main example to show you:

So, while you won’t get anything as groundbreaking as 100x zoom, if you’ve not had a phone with 30x zoom on it in the past you’re sure to be satisfied with the sort of results you can see above.

3.  The selfie punch-hole is tiny

The Galaxy S10 had one of the smallest punch-hole selfie cameras in the business back when it launched in 2019, but the Galaxy S20 beats it with an even smaller aperture.

The selfie camera on the S20 is very similar to the one on the Galaxy S10, but the punch-hole itself has been shrunk down significantly, to the point where we haven’t really noticed it while using the phone.

That’s particularly surprising as Samsung has decided to move the selfie shooter to the center of the top edge of the display, rather than putting it in the top-right corner like it was on the Galaxy S10.

if you’re looking for a segue, maybe ‘something else worth mentioning here is that…’

4. We don’t miss the Bixby button

The Bixby button was dropped for the Galaxy Note 10 phones, but this is the first Galaxy S phone for a couple of generations that hasn’t had a dedicated hardware button for summoning the Samsung voice assistant.

We haven’t been given a specific reason why Samsung has dropped the Bixby button from its devices, but if you’re swapping from a Galaxy S8, Galaxy S9 or Galaxy S10 device it’s likely to be a relief that you’ll no longer accidentally hit it when trying to change the volume on your phone.

That’s something we used to find happened fairly regularly – and the button also looked quite similar to the power button, so it was easy to accidentally launch Bixby instead of waking the phone’s screen.

A high display refresh rate is one of the go-to upgrades for a lot of phone manufacturers in 2020. It essentially means you can enjoy a smoother experience when playing games, and even just when scrolling your Twitter feed.

It’s likely that your current phone has a 60Hz refresh rate, but some devices are upping this to 90Hz or 120Hz tech. The Galaxy S20 has a 120Hz screen, but strangely the company hasn’t enabled the feature by default – you’ll need to change it in the display settings.

We imagine that’s because a faster refresh rate generally drains the battery faster, and Samsung doesn’t want you to experience less-than-satisfactory-life unless you particularly want to take advantage of the feature.

We did take advantage of it though – it was one of the first changes we made when we took the phone out of the box, as it offers a significantly better experience when gaming, as well as when scrolling social media feeds or articles.

It’s a feature we’ve grown used to on other top-end devices, like the OnePlus 7T Pro, and it’s something we think works really well on the Galaxy S20 – whether it significantly impacts battery life is a question we’ll answer in our full review, as well as sharing more findings from our in-depth testing process.