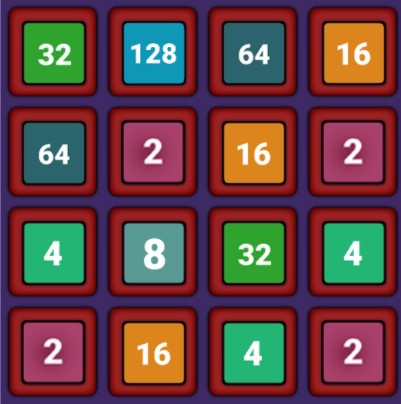 2048 is a popular single-player puzzle game that was developed in 2014 by Italian web developer Gabriele Cirulli. The game is played on a 4×4 grid, and the objective is to slide tiles on the grid to combine them and create a tile with the number 2048. The game has seen a massive surge in popularity in recent years, with millions of people playing it across various platforms.

One of the reasons for the game’s popularity is its addictive nature. The game is easy to pick up and play, and it’s hard to put down once you start. The constant need to improve and beat your own high score keeps players coming back for more. The game also has a high replay value, as there is no limit to the number of times you can play it.

Another factor that has contributed to the game’s popularity is its availability on multiple platforms. 2048 is available as a native app on Android and iOS devices, as well as a web-based version that can be played on any device with a web browser. This has made it easy for people to play the game on the go, and it has helped to increase its reach and player base.

In addition to its simplicity and accessibility, 2048 has a few other features that have helped to make it a popular game. One of these is its minimalistic design. The game has a clean, uncluttered look, and the tiles and numbers are easy to read and understand. The game’s graphics are also pleasing to the eye, and the smooth animation adds to the overall appeal of the game.

Another factor that has contributed to the game’s success is its social aspect. Players can share their high scores on social media and compare them with their friends. This has created a sense of competition and has helped to increase the game’s popularity.

There are also several versions of 2048 available, each with its own twist on the original game. Some versions have added features such as power-ups, different grid sizes, and new game modes. These variations have helped to keep the game fresh and interesting for players, and they have helped to extend the game’s replay value.

In conclusion, 2048 is a simple yet addictive puzzle game that has gained massive popularity in recent years. Its accessibility, simplicity, minimalistic design, and social aspect have all contributed to its success. The game’s high replay value has also helped to keep players coming back for more. With its availability on multiple platforms and various versions available, it’s no surprise that 2048 has become such a popular game.